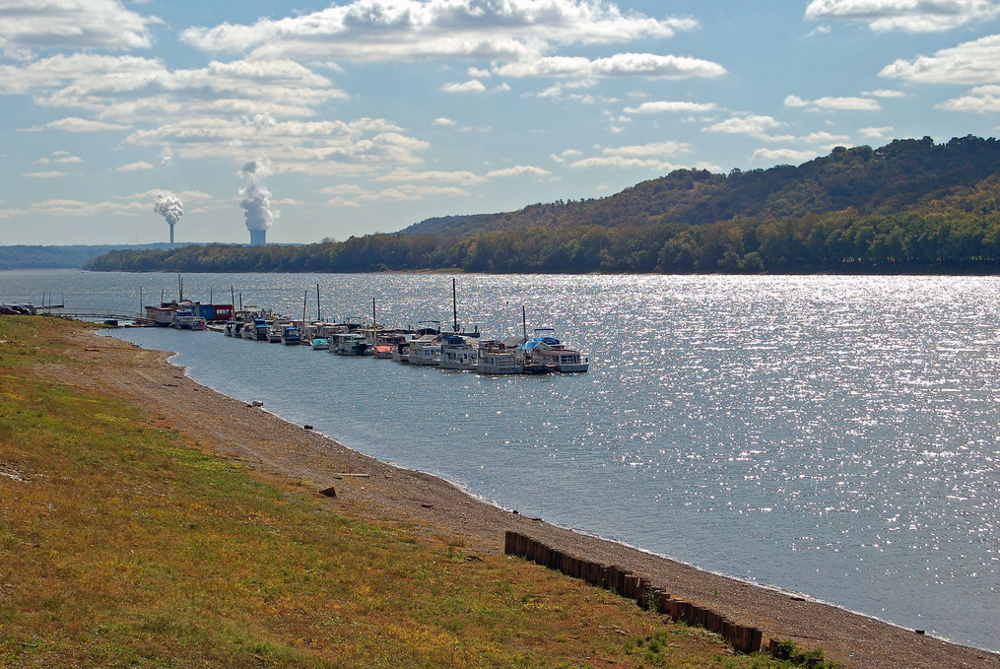 Conservation and environmental groups will now have a formal seat at the table when regulators meet to review water quality issues and standards for the Ohio River – a status enjoyed by the power industry and other groups for years.

Last month the Ohio River Valley Water Sanitation Commission (ORSANCO) agreed to formation of the new Watershed Organizations Advisory Committee. The move was a response to a June 2015 petition from 17 groups.

Although the groups had been submitting comments and participating informally, formal status comes with a nonvoting seat at technical committee meetings, a closer opportunity to participate with various working committees, and an opportunity to report at ORSANCO’s board meetings.

“In the entire 68-year history of ORSANCO, there has never before been an official seat at the table for watershed and wildlife advocacy organizations,” noted Judy Petersen of the Kentucky Waterways Alliance, who chairs the new committee.

“We’re pleased to have the Watershed Organizations Advisory Committee established to help us in our development of Ohio River studies and policy,” said ORSANCO’s executive director, Richard Harrison. “We’re looking forward to working with them collaboratively to improve Ohio River water and quality.”

The power industry’s advisory committee hasn’t focused on any single issue, Harrison noted, but has rather been involved with the wide range of issues that affect the river and its tributaries.

Nonetheless, various issues are particularly relevant to the energy industry, said Madeline Fleisher of the Environmental Law & Policy Center in Columbus, Ohio. That includes mercury pollution, which can originate from coal-burning power plants, as well as other sources.

Last year ORSANCO declined to impose a hard and fast deadline to get rid of mixing zones for mercury. Instead, it opted to let state permitting authorities make that determination on a case-by-case basis.

“There was a decision made that instead of having a hard deadline for the prohibition of mixing zones, each state permitting authority would make that decision as to the timing of the prohibition,” Harrison explained.

Nonetheless, mercury remains a concern for ORSANCO, he noted.

Some mercury enters the water as part of power plant discharges. Some comes from surface water runoff. And some mercury settles into the water from air emissions.

“Really all of the possible sources of mercury to the river would be important,” Harrison said. “Certainly understanding the chemical process of mercury — going from total mercury and how it makes its way into fish and macroinvertebrates — is important.”

So far, the Ohio River has been deemed to meet its designated use for mercury, including having fish that are considered safe to eat.

But the data are open to debate, said Fleisher. One question is whether some of the information is outdated.

“Mercury discharges build up in sediments, and things have changed over the years,” she noted.

And while overall data may seem acceptable, that’s not the case across the board.

“There are samples where you’re getting mercury levels above the limit that ORSANCO has set,” Fleisher said. High levels have turned out in some hybrid striped bass, for example.

And if those levels are too high, then perhaps regulators should reconsider whether the river’s status should be adjusted to require stricter measures, she suggested.

“Part of our perspective is that if people eat too much, you have some really devastating public health consequences,” Fleisher said. “You shouldn’t be playing around with that stuff.”

“We’re hoping to bring that perspective to the conversation” through the advisory committee, she noted.

Harmful algae blooms are another big area of concern for ORSANCO and for the new advisory committee.

The Ohio River made national news last year with a toxic algae bloom that stretched more than 600 miles. That’s roughly 20 times longer than the previous record-breaking bloom had been.

“What we had experienced last fall had to do with very extensive conditions,” Harrison said.

Now one of this year’s top priorities is “understanding the formation of algae blooms and some of the triggers,” Harrison said. He wants ORSANCO to be prepared to work with other regulatory bodies and organizations so they can all respond appropriately to any future blooms.

Too much nutrient loading is one of the main drivers behind harmful blooms, in which bacteria known as blue-green algae grow out of control.

Excess fertilizer from farms and other areas washes away in storms and floods water bodies, feeding the blue-green algae and upsetting the normal balance in the environment. Nutrients from sewage treatment plants and other sources add to the problem as well.

But harmful algal blooms are also linked to the energy industry, reports Fleisher.

“If you get a big heavy rain like we’ve been seeing a lot more of recently, that’s going to end up in your water not helping your plants grow,” she noted. Instead, it enters rivers and other waterways, where it’s “like candy” to blue-green algae.

ORSANCO doesn’t set standards for air emissions from power plants or other sources. Nonetheless, in Fleisher’s view, neither the agency nor others should ignore the role of climate change in driving harmful algal blooms.

“We’ve been seeing higher water temperatures recently, and that’s been leading to these historic level blooms,” Fleisher said. “We’re going to be seeing more and more of that and should be thinking of how energy policy in this state connects to things like our water policy.”