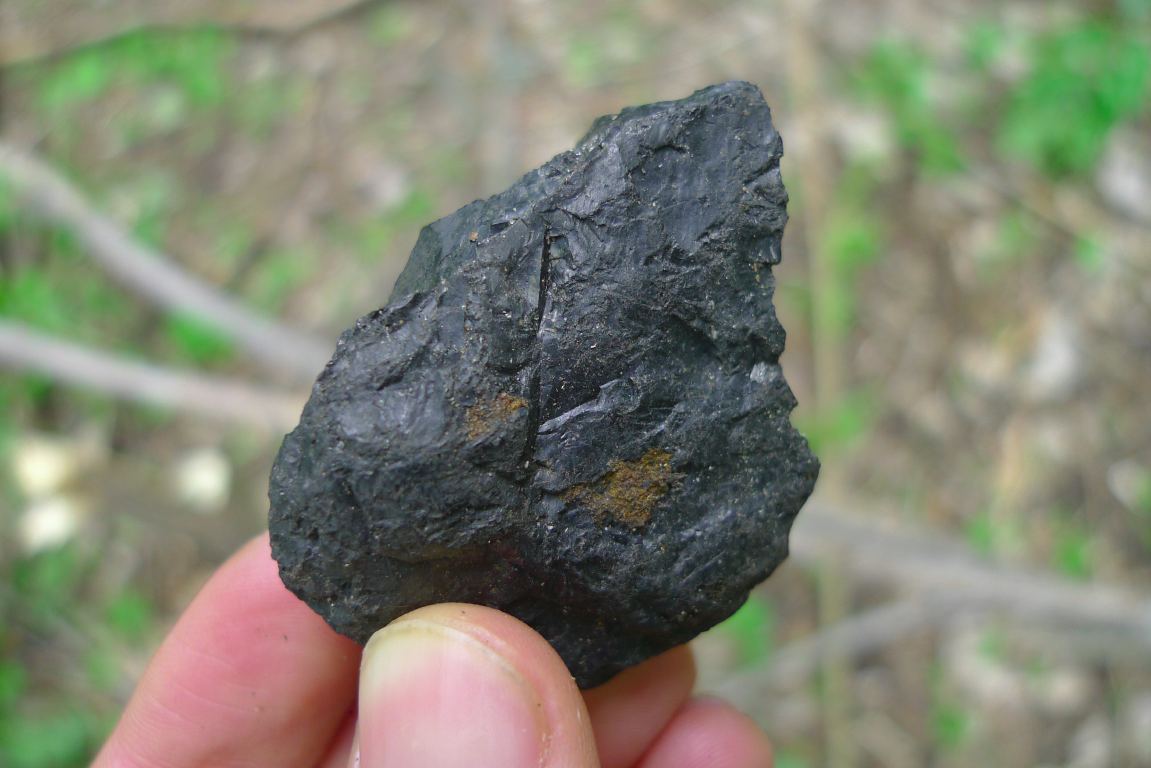 Bituminous coal found in Illinois doesn't have the biogas potential of Wyoming coal, but researchers are still encouraged by the potential.

The coal in the Illinois Basin has been there for about 300 million years, but it has not just been sitting beneath the earth inert. Billions of microbes are slowly feasting on the coal. And as this decomposition happens, methane gas is released.

Scientists have been figuring out how to speed up the release of methane from coal, by introducing new microbes or feeding the ones that exist, so that the methane can be better harvested as a source of power.

This research has happened primarily in the Western U.S., and it has long been thought that the bituminous coal in the Illinois Basin produces much less methane than the West’s “younger” deposits of lignite and sub-bituminous coal.

“The gas content is low, and the characteristics of this coal are that it wants to keep its gas,” said Dr. Satya Harpalani, a mining engineer at Southern Illinois University Carbondale, who has spent decades researching coal-bed methane production in the San Juan Basin in Colorado and New Mexico.

But now Harpalani and his colleague Dr. Yanna Liang have shown that methane could potentially be harvested and used for energy from Illinois’ coal fields. They have confirmed that the microbes that “eat” coal and release methane gas are indeed present in the Illinois Basin. And in the laboratory they have been able to accelerate the work of these microbes by feeding them the right brew of nutrients.

Michael Urynowicz, an environmental engineering full professor at the University of Wyoming who specializes in coal-bed methane, said the work at SIU appears promising.

“Eastern coal [including the Illinois Basin] tends to be a little higher rank coal; as a general rule, as you go up in rank the coal becomes less biodegradable,” Urynowicz said. “I still think there is a tremendous amount of potential and hopefully the research will show that it’s potentially viable going forward.”

If the process can be scaled up effectively, Liang and Harpalani propose that working or abandoned coal mines and even the heaps of waste that are left after coal is washed – particles too fine to be sent to power plants – could be tapped to produce methane gas suitable for making electricity or heating.

“It’s just like feeding people with vitamins or supplements so the person can function better,” said Liang, an associate professor of civil and environmental engineering at SIU. “The microbes are there, we just want them to be happy and to grow faster.”

A different type of gasification

This process, known as bio-gasification, has little in common with the type of gasification used in power plants like Duke Energy’s Edwardsport project. In those cases, high temperatures of about 500 degrees Celsius and high pressure are used to extract “syngas” of hydrogen and carbon monoxide from coal.

Bio-gasification happens at room temperature without added pressure, Liang explains, and once the carbon dioxide is removed the gas is ready to go into a pipeline. “So it’s environmentally friendly,” Liang said.

The microbial mix used for bio-gasification would be different for every location, but would typically include bacteria and archaea, single-celled microorganisms that live in extreme environments. Gas produced through such microbial activity is known as biogenic gas, while gas produced by chemical reactions triggered by pressure and heat is known as thermogenic. Coal beds and shale formations also can create thermogenic gas.

Urynowicz became an expert in coal-bed methane through his background in environmental remediation.

“It’s a natural process, we’re discovering that more and more of this natural gas is biogenic in nature,” he said. “If it’s a natural microbial process, we can enhance it and engineer it to be more efficient. If you look at wastewater treatment, that’s basically what we do – use microorganisms to treat our water, or to treat solid waste in landfills.”

Though coal-bed methane production is primarily happening west of the Mississippi River, it’s not unheard of in Illinois. The Energy Information Administration lists four Illinois mines among the 100 “gassiest mines” in the country. DTE Energy has collected methane from abandoned mines in Southern Illinois. And coalfields near Lawrenceville in Southern Illinois have been tapped for methane.

But in these operations the methane was produced naturally, without adding nutrients as researchers have proposed.

Nutrients would be water-soluble and injected into the space with coal, either in a liquid solution or as a powder that would dissolve in water already underground, Liang said. She and Harpalani said the environmental impacts and effects on surrounding residents would be negligible; and unless there were unintended leaks, there would be no air emissions.

A cleaner role for coal?

The work at SIU is funded in part by the Illinois Clean Coal Institute, and is seen as a way to get low-emissions, low-impact energy from coal.

“Nowadays it’s clear coal combustion to produce electricity is not sustainable,” said Liang. “But with this bio-gasification process, we can convert coal to a cleaner fuel.”

The project was launched in July 2013 with state funding, and since then has relied mostly on federal U.S. Department of Energy funds.

Harpalani said that in the past, major fossil fuel companies invested heavily in coal bed methane research. But that was mostly focused in the West and on in situ extraction of coal bed methane from virgin coal beds, which have not been mined. “Coal mine methane” by contrast focuses on areas already impacted by mining.

‘People have certain mindsets, they may not want to change the way they think about coal.’

She added that abandoned coal mines could be more fertile ground for methane production than virgin coal beds, since the exposure to water and air from the mining process could jump-start microbial activity.

Harpalani said the interest in coal-bed methane research was driven primarily by incentives available in the 1970s and 1980s when that industry took off. There is no current incentive or tax break tailored specifically to coal mine methane, though it could potentially be considered a renewable or low-carbon fuel source that could help states meet their renewable portfolio standards.

Liang noted that the EPA considers methane collected from landfills a renewable source.

Natural gas prices remain cheap and it’s uncertain where they will go in the future, so financially there may not be much future for bio-gasification. If it costs more than natural gas from typical hydraulic fracturing operations, it would be hard to convince coal or other companies to produce it. Liang noted that bio-gasification could happen in small digesters similar to the anaerobic digesters used to get energy from manure or food waste on farms, providing a distributed, on-site energy source for mines.

Silos could be built to encompass the “gob piles” of waste that result when coal is washed and processed before being sent to a power plant, and bio-gasification could be carried out inside.

Harpalani noted that “underground we have no control” of how the bio-gasification process plays out, whereas in above-ground bio-digesters, operators could continuously monitor the process and adjust nutrient or microbial levels.

The process would not work for coal ash, the waste product from burning coal to make power, because the organic matter is gone from that material.

Harpalani said that in Illinois, bio-gasification would likely only be used in defunct coal mines or with coal mine waste. “It’s unlikely anyone would get permits to do it in mineable coal because coal is big business here,” he said. “For them to adopt this technology, you’d have to show they can make more money.”

“It’s going to be difficult,” said Liang. “People have certain mindsets, they may not want to change the way they think about coal.”