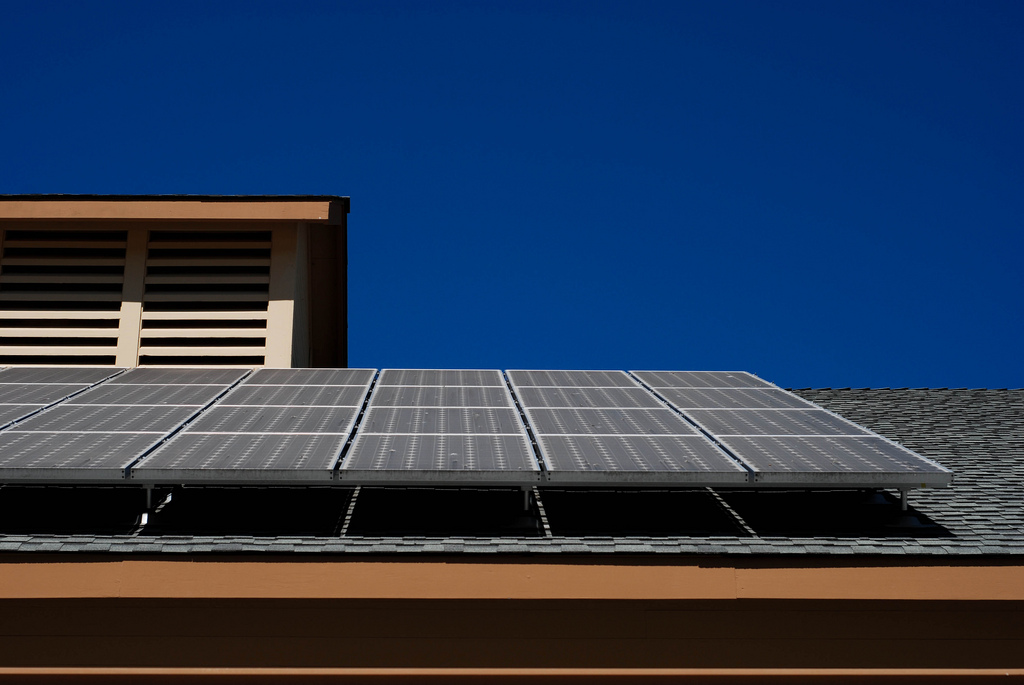 Over the past several weeks, both utilities made presentations to the Iowa Utilities Board outlining potential rate changes that would impose a demand fee on customers who generate some of their own power.

The demand charge, which is based on a customer’s peak demand for power, is common for industrial and commercial customers, and recently some utilities have begun exploring similar charges for residential customers.

“We’re concerned that Alliant and MidAmerican are trying to force the parties into a confrontation around very dramatic rate-design changes, and singling out solar customers in particular to bear the brunt of these new rates they want to charge,” said Brad Klein, an attorney with the Environmental Law & Policy Center. “We feel it is not appropriate and is not called for by any data that has been collected.”

Klein and other clean-energy advocates also are concerned that the utilities may try to push through a new rate without going through a rate case, the standard process for doing so.

MidAmerican and Alliant presented their preliminary outlines as part of an extensive exploration of the state’s distributed-generation policy known as a “notice of inquiry.”

In January 2014, the IUB began soliciting information on whether to change any aspect of its policy regarding distributed generation. Hundreds of people entered their thoughts into the docket, and last October, the board ruled that no change was needed at that point.

However, it did at the time also invite the utilities to present their thoughts on alternative rate design.

Although the rate presentations don’t spell out particulars, they make it clear that the utilities believe that customers who generate some of their own power solar impose substantial burdens on the system. One graphic in the Alliant presentation, for example, shows that DG customers on the whole actually have a higher peak demand than customers without solar panels. Delivering power at peak times tends to be especially costly.

And those costs, according to Alliant, are borne by those customers who don’t produce any solar energy – over 99 percent of the customers of both MidAmerican and Alliant.

Pointing out that MidAmerican has not sought a tariff change at this point, spokeswoman Ruth Comer said in an e-mail that the company seeks to treat customers fairly.

“As new technology makes it possible for more consumers to generate a portion of their power needs, a new price structure is needed to ensure affordable, reliable and safe energy is available for all customers, and that all customers pay for the services they use.

“Distributed generation is typically installed by those who have the means to afford it, and because of our current price structure, it’s subsidized by those who can’t afford it. We have to be able to tell all our customers that they are paying a fair and reasonable amount for the grid services they use.”

More details on both utilities’ visions for future rates likely will be forthcoming within the next week.

By now launching a discussion of a rate change that would upend the economics of solar generation – the utilities are “going against what the board has been doing for the last couple years,” Klein said.

As part of the long-running distributed-generation docket, the utilities board last October instructed both utilities to offer up pilot projects “consistent with this order.” The overarching message of the order, however, was that the board saw no need to make any fundamental changes in its policies with regard to distributed generation.

Given that, Klein said, “I can’t imagine characterizing (a rate hike for solar customers) as a pilot. That certainly wasn’t what the board meant. They were encouraging the utilities to develop pilots to encourage distributed generation, not to penalize DG customers through discriminatory rate policies.”

Justin Foss, speaking for Alliant, said that the forthcoming pilot will “present the start of a framework for where we’re going, to do a pilot project for a temporary amount of time.”

Andy Johnson, a solar promoter and director of the Winneshiek Energy District, said he thinks the utilities are “trying to slip this (rate hike for solar customers) in and make it irreversible. It doesn’t belong here, because the board in this DG docket has already said, ‘We are not ready to do either of the two things that the two sides have pushed for.’

“The utilities have pushed for getting rid of net metering, and the solar advocates have said, ‘we really need a value-of-solar study.’ ”

At the IUB’s meeting earlier this month, energy consultant Karl Rabago presented a case for postponing any discussion of a rate restructure until more data has been gathered.

Although both Alliant and MidAmerican contend that solar customers take more from the system than they contribute, Rabago presented a chart demonstrating that the balance of value-of-solar studies – accounting for a broader range of benefits from rooftop solar – done to date do not bear that out.

Although three studies financed by utilities found that solar customers were getting a bit more than they were paying for, the other eight studies concluded that the value of solar exceeded the retail cost of power. A recently-completed analysis done in Maine found that while the average retail cost of power was about 13 cents per kilowatt hour, the 25-year levelized value of distributed solar was nearly 34 cents per kilowatt hour.

Although Alliant does not support a value-of-solar study at this point, Foss said that the utility does wish to continue studying the matter in a collaborative fashion. On that issue, there may be a very small patch of common ground.

In testimony he filed with the IUB, Rabago said, “The Board should also consider next steps in the docket or additional dockets to focus specifically on data needs and development of a value-of-solar methodology to be applied in the future. While it is premature to commission a value-of-solar study now, as the Board noted in its October order, the data collection can begin now.”