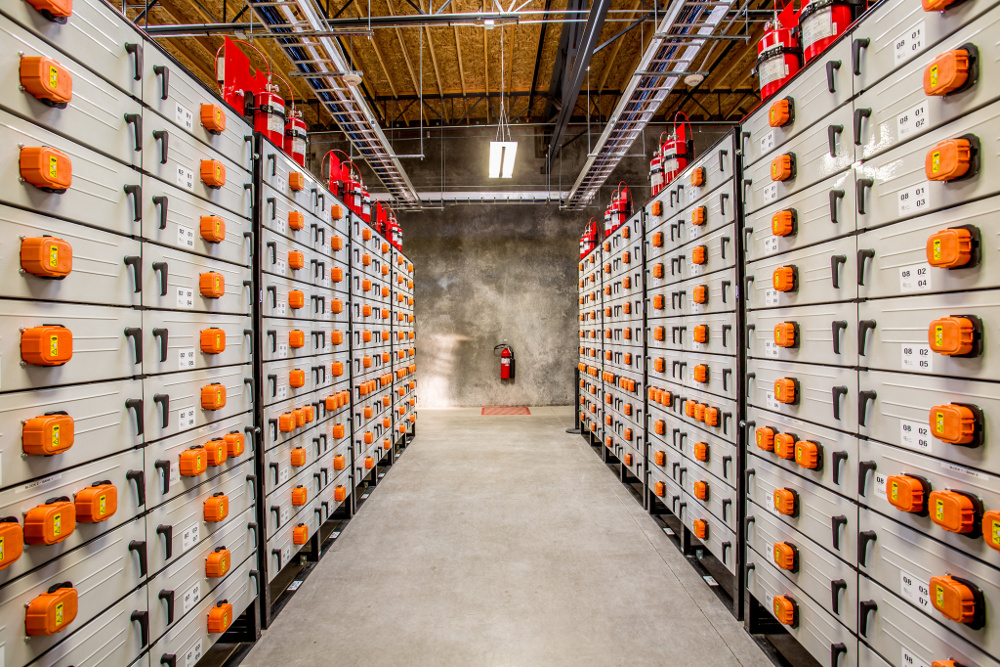 More utilities are experimenting with large-scale grid storage, such as this facility in Oregon.

Though details are still being worked out, Consumers Energy says the goal is to determine the extent to which storage can be deployed throughout its service territory and how storage batteries could be installed on its distribution system. The size and location of the project is still unknown.

“There is going to be more and more renewables (built) that are intermittent resources,” said Nancy Popa, Consumers’ executive director of renewable energy.

“Whether it’s customer storage or utility storage, it’s going to provide customer value in that we can help the grid be more interactive and responsive to changing loads and reap the economic benefits of storage.”

Popa announced the project at a conference in Lansing earlier this month hosted by the Michigan Conservative Energy Forum. It comes as utilities across the country perceive battery storage as either a threat to traditional business models or as an opportunity.

“We see it as an opportunity — it’s basically a change in technology that we think will provide customer value at some point in time,” she said.

Popa said the battery will record data, allowing Consumers to “understand how it is we can use that to improve power quality and potentially deferring system upgrades and outage mitigation.”

MSU researchers will oversee the initial technology and applicability work and possibly make a recommendation on where it could be located, Popa said. Consumers will manage the storage installation and “assess the benefits and monitor performance.”

Michael Thomas, the project manager and professor at MSU’s School of Planning, Design and Construction, said the study will look at systems on both the power generation and power distribution sides in applying energy storage.

He said Consumers will look at the power generation side — for example, if the utility wanted to build storage at one of its wind or solar projects “so they can store energy and provide that to the regional grid 24 hours a day.”

A team of MSU researchers will be studying the distribution side, or how that stored energy could be transmitted across the grid.

“(Consumers) will decide how to capitalize on the technology in the future,” Thomas said.

While a specific location is still undetermined, Thomas said it could be located at a regional transformer or in a neighborhood. The project is expected to last roughly two years.

“At the end of the two years, we believe we’ll have the data to help us navigate that new technology for the future,” Popa said.

Also during her speech in Lansing, Popa said Consumers is actively interviewing its large customers who have made public commitments to run more — or entirely — on renewable energy.

Given Michigan’s electric choice law that caps participation at one tenth of a regulated utilities’ load, corporations here are limited in being able to buy renewable energy through alternative suppliers.

Along with interviewing large energy users, Consumers plans to issue a request for proposals in early April for new solar and wind generation. It’s unclear how much will be owned by Consumers and how much will be built by third-party developers.

Ultimately, Consumers sees an opportunity to meet the renewable energy demands of large corporations that are increasingly making public commitments to transition away from fossil fuels, Popa said.