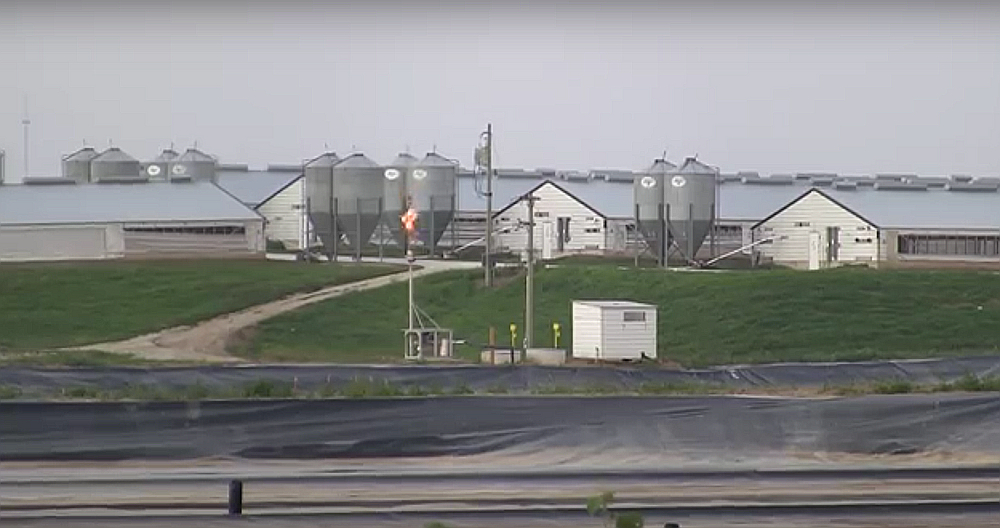 This summer, one of the country’s largest producers of biogas from animal manure is expected to begin operations in northwest Missouri.

It’s a large-scale example of technology that has been slow to take off in the United States, but new federal policy may be changing that.

In 2013, St. Louis-based Roeslein Alternative Energy reached an agreement with pork giant Smithfield Foods to build and operate a system to capture and purify methane from the manure produced by about two million pigs. Smithfield’s confinement barns comprise one of the largest hog-feeding facilities in the country, according to Roeslein.

“The technology we have developed is ready to be deployed commercially in a project that makes both economic sense and environmental sense,” said Rudi Roeslein, founder and president of Roselein Alternative Energy. “This is not just about converting the manure from almost two million pigs into renewable energy. It’s about taking environmental sustainability to a new level.”

The waste from the hogs is expected to yield about 2.2 billion cubic feet of pipeline-quality natural gas, or the equivalent of 17 million gallons of diesel fuel annually, according to the company.

The use of anaerobic bacteria to produce renewable biogas from organic matter is not a new technology, but the United States has been slow to adopt it, despite its large livestock industry.

“Europe has over 10,000 operating digesters and some communities are essentially fossil-fuel free because of them,” according to American Biogas Council’s web site, compared to about 2,100 in the U.S. – only 247 of which are on farms.

According to the U.S. Department of Agriculture, there is sufficient livestock to produce enough biogas to power the equivalent of one million average American homes.

Development has been slow because biogas generally costs a bit more to produce, according to Amanda Bilek, government affairs manager for the Great Plains Institute in Minneapolis. However, the financial picture became more favorable about two years ago when the federal government changed its policy with regard to the Renewable Fuels Standard.

At that time, the government added biogas to the list of advanced cellulosic biofuels that refiners are required to either produce or purchase credits for. Between now and 2022, the fuel standard is projected to require at least a fourfold increase in the amount of cellulosic fuels that must be blended with gasoline. As a result, renewable fuels are fetching a higher price.

Roeslein has a deal to sell some of the fuel from its Missouri project to Duke Energy in North Carolina. The purchase will help Duke meet clean-energy requirements for its power generation.

Roeslein has finished installing impermeable covers over 41 of 88 waste lagoons at the Smithfield hog farms. The idea is to capture the methane in the ponds of waste, to then remove the impurities from it, and to pump it into the pipeline system that carries natural gas throughout the country.

Biogas derived from animal manure and other types of organic matte,r including wastewater and muncipal solid waste, is chemically identical to natural gas made from fossils.

Roeslein has big plans for the future. After it has completed the system for collecting and purifying methane from the waste lagoons, it plans to develop a system for incorporating native prairie grasses. The company envisions a crop eventually reaching 200,000 acres of land that can’t support row crops. Roeslein intends to double its energy output with prairie grass.

And given the inquiries it has received from several other states, the company plans ultimately to take copy its system elsewhere.

Editor’s note: An earlier version of this story incorrectly stated that all 88 waste ponds have been covered with impermeable roofs. The story has been updated with the correct information.