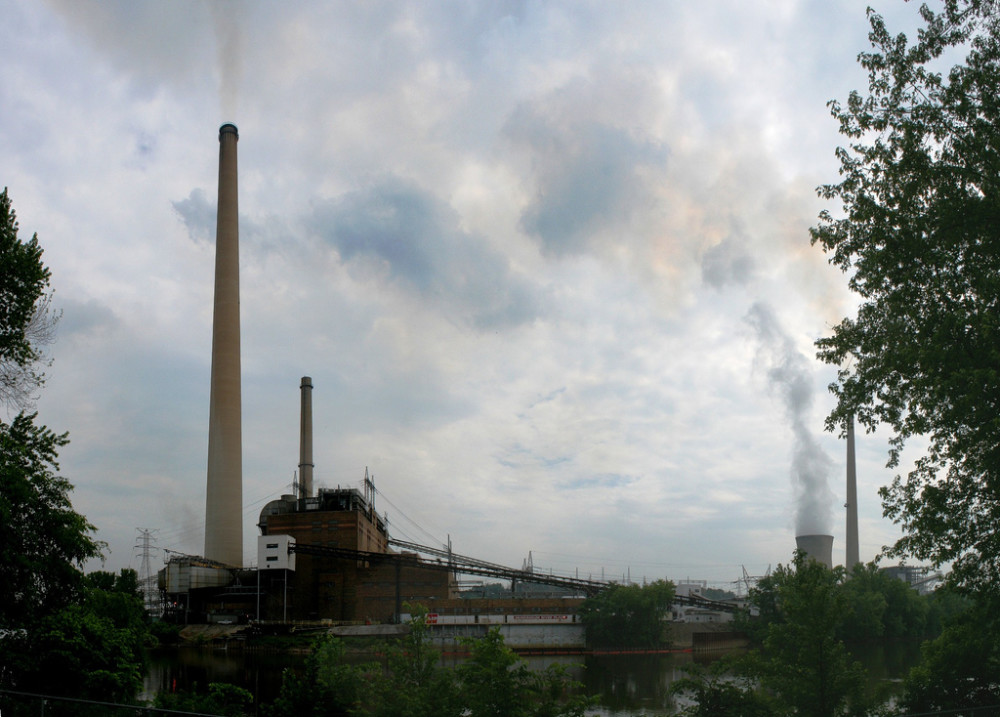 That concern is dismissed by leaders in clean energy industry and environmental organizations, who say continuing the freeze will put Ohio at a further disadvantage if the EPA climate rules are upheld.

“The bill on its face is something that’s going to halt innovation and the new energy economy that’s emerging pretty much all around us,” said Ted Ford, president of Ohio Advanced Energy Economy.

The draft, circulated by state Sen. Bill Seitz (R-Cincinnati), would suspend additional requirements under Ohio’s clean energy standards for three more years after the current two-year freeze that supporters claimed was just a “pause” and “time out” to let a special committee study the standards.

Nonetheless, Balderson was familiar with various concepts in the bill, which incorporated multiple recommendations by the special study committee for the standards, which Balderson co-chaired.

“Sen. Seitz…has added a little bit of his extracurricular thoughts” to the draft as well, Balderson noted.

Balderson said he favors the idea of an additional freeze.

“We are still looking to continue the freeze to 2019,” Balderson said.

“With the [Clean Power Plan] on hold right now, that would be the nearest time frame that we would start that process again,” Balderson said. “And that’s an ‘if.’ That’s not definite as to when it would happen.”

“It would be much better for us to have an understanding of where we’re going to go with the Clean Power Plan [and] what standards the feds are going to put on us before knowing what the standards should be that we should put in there also,” Balderson said.

‘Not the way it works’

“That’s just not the way that it works,” said Trish Demeter at the Ohio Environmental Council.

The Clean Power Plan rules would count any reductions the state makes from 2012 onward, so there wouldn’t be duplicate requirements, she explained. In her view, delay leaves more work for the state when it must eventually meet either the Clean Power Plan or whatever other emissions rules the federal government winds up adopting.

“The longer we have these standards frozen, the more we get behind in terms of being on track to meet the carbon reduction goals,” Demeter said. “So it makes sense to bring them back as soon as possible. Then we’ll be able to count what we’re doing now towards our final goal.”

Nor are there unresolved technical issues that would make it harder for Ohio to comply with the federal rules, noted Samantha Williams of the Natural Resources Defense Council.

“There is no legitimate concern about conflicting requirements,” she said. “Ohio is likely to take a mass-based approach that is streamlined and does not impose on Ohio any particular methodology…for ‘counting’ clean energy,” she explained. “In other words, if it’s real, it counts.”

In addition, the draft would appear to limit the Ohio Environmental Protection Agency’s authority to take certain actions to comply with the federal Clean Power Plan, including emissions trading and certain provisions for renewable energy and energy efficiency.

Critics have said such terms could interfere with the governor’s executive authority and make the state’s cost for compliance higher than it would otherwise be. The limitations could also place it at risk of being subject to a federal implementation plan.

Balderson said he’d refrain from commenting on that issue, although he did note, “There’s going to be some very serious debate about that.”

‘Seizing on the opportunities’

“Forward-looking power companies and businesses across the economy are already seizing on the opportunities associated with investing in clean energy and energy efficiency,” Williams said. “The electricity sector has already embarked on an unstoppable shift from its high-pollution, dirty-fueled past to a safer, cleaner-powered future.”

“As a laggard, Ohio only stands to lose,” Williams said.

The state’s clean energy industry “is alive and well and it’s producing a lot of consumer savings and environmental benefits,” thanks to the stimulus from having the standards, she said.

In her view, there’s room for much more growth if the standards are restored and resumed to make Ohio competitive again with other states. “Why wouldn’t we want to do that?” she asked.

Other policies play a role as well.

“We have 190 countries signing the landmark Paris agreement” on climate change, added Jen Miller at the Ohio chapter of the Sierra Club. “Any smart politician should know that that creates an economic opportunity for manufacturing states like Ohio.”

In 2011, Seitz co-sponsored a bill that would have repealed the renewable energy standards entirely. Seitz also sits on the board of directors of the American Legislative Exchange Council, which urges states to adopt its model “Electricity Freedom Act” that refers to such standards as a “tax” and calls for their repeal.

In 2013, Seitz was the chief sponsor of Senate Bill 58, which aimed to significantly relax the standards.

When it became clear that bill wouldn’t pass, Balderson introduced Senate Bill 310, which would have removed any further enforcement targets under the standards by putting them on hold indefinitely until the legislature took further action.

After that bill likewise triggered outcries from clean energy supporters, a compromise amendment provided a limited time for the “freeze” and incorporated large sections of Seitz’s 2013 bill.

Gov. John Kasich signed that version of the bill into law in June 2014. At the time, his office called the bill a “balanced” approach.

In light of that history, clean energy supporters said they wonder about the broad range of Seitz’s 100-page draft bill, which adds terms that advocates see as “giveaways” for utilities.

For example, the bill would give utilities discretion over net metering rates, and allow more opt-outs from the energy efficiency standards for industrial and commercial operations.

“This bill seems to go farther than gutting the standards. It’s killing clean energy across the board,” Miller said. “This is an ideological attack on one of the largest growing industries in the world.”

Seitz and Balderson have both said complying with the energy efficiency standard will get more and more expensive.

“There’s a lot of things out there right now other than squiggly light bulbs dealing with energy efficiency,” Balderson noted, saying that he is in favor of both renewable energy and energy efficiency.

But, he added, “you just can’t keep going at that pace” set in the standards.

Nonetheless, the draft bill keeps language that Balderson’s amended bill added in 2014, which lets utilities keep a share of customers’ energy efficiency savings, in addition to “lost revenues” the utilities already collect for electricity their customers didn’t need to buy.

If the bill were to pass in the form distributed last week, it would also likely meet resistance from the governor and members of the state’s executive branch of government.

Kasich’s office does not comment on draft legislation before it is introduced, said spokesperson Joe Andrews. Nonetheless, the governor’s office responded negatively last fall to the special committee’s recommendation for an additional extension of that suspension.

“A continued freeze of Ohio’s energy standards is unacceptable,” the governor’s spokesperson said at the time.

On the presidential campaign trail earlier this year, Kasich also warned lawmakers not to “gut” the standards.

According to critics, another freeze and more weakening of the standards would do just that, while other provisions could hamper executive authority, reduce incentives to invest in renewable energy and hurt Ohio consumers.

“It’s clear that extending the freeze is not about protecting consumers from added costs, since the PUCO just approved subsidies for non-competitive coal and nuclear plants,” said Ford. “Advanced energy technologies like renewables and energy efficiency are now cheaper than many traditional sources of electricity.”

“Instead, this bill is about depriving Ohio consumers of cleaner, more cost-competitive choices in order to protect the status quo,” Ford continued. “It’s bad policy and bad politics — which is why we agree with Gov. Kasich than an extension is simply unacceptable.”

Miller agreed. In her view, the draft bill “is tying our hands to compete in the 21st century economy.”