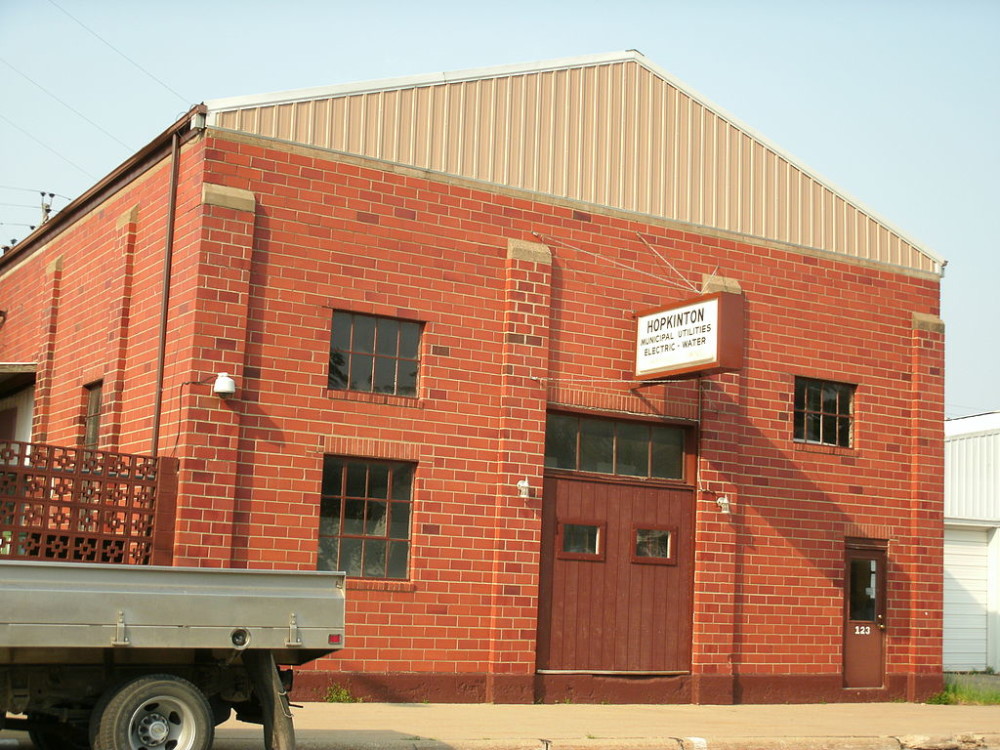 While Iowa’s municipal utilities provide energy-efficiency programs to their customers, a report filed early this year indicates that many of the utilities have set unambitious goals for themselves, and in many cases have failed to meet even those low bars.

Advocates say those utilities – which combined represent about 11 percent of the state’s electricity sales – should be held to a higher standard.

“I think there’s significant unrealized savings potential with the smaller utilities,” said Josh Mandelbaum, a lawyer with the Environmental Law & Policy Center. “There could be reasonable programs in terms of the measures offered, but (the utility) could be more aggressive about how it’s going about savings.”

Nathaniel Baer, energy program director for the Iowa Environmental Council, said that many of the utilities “have set modest goals, and are not exceeding them and not maximizing these cost-effective opportunities, which means they’re going for something that is more expensive.”

He pointed out that the review put the levelized cost of energy efficiency at slightly less than 2 cents per kilowatt hour on the electric side, and between 11 and 19 cents per therm for gas utilities, which is far less than any other source of power.

In addition, the state’s municipal utilities appear, on the whole, to be achieving less energy savings than the potential outlined in a study conducted for the Iowa Association of Municipal Utilities (IAMU) in 2009.

That assessment projected that in 2012, for example, IAMU’s 135 electricity-generating members should have been able to reduce electricity sales by 1.1 percent of the sales projected for that year. The actual figure for 2012 was only 0.89 percent, according to a report filed with the Iowa Utilities Board.

The utilities performed even worse on natural gas savings for the year, achieving only 0.38 percent savings against a 1 percent projection, despite an unusually warm winter.

IAMU executive director Troy DeJoode defended some of the low numbers, pointing out that a small utility often doesn’t have the load diversity to achieve a goal in a consistent, cost-effective way. When an industry moves in or out of a small utility’s service territory, or makes some other change in operations, it can radically impact the utility’s overall efficiency performance.

An issue of scale?

Iowa’s investor-owned utilities have performed a bit better than the municipals in recent years. Alliant Energy achieved 1.3 percent annual reduction in electricity sales between 2009 and 2012. The Iowa Utilities Board allowed Alliant to reduce its annual goal to 1.1 percent for the five years beginning in 2014.

That decision didn’t sit well with clean-energy advocates in the state, who pointed to a Cadmus Group study that estimated that, given aggressive measures, Alliant could cut energy use by slightly over 2 percent yearly.

Baer said investor-owned utilities may wring more savings than municipals from their customers and systems because of more experience with efficiency. Nonetheless, he said small utilities should set their efficiency goals at least as high as the large utilities, all of which farm out their efficiency programs to private contractors.

“There’s no reason the small staffs of some these smaller utilities should be a major barrier,” he said. “They can access many of same contractors that MidAmerican and Alliant do.”

To bolster the efficiency efforts of utilities large and small in Iowa, a team of clean-energy stakeholders is developing a technical assistance manual, which is intended to provide uniform methods of reporting on efficiency programs across the state, and to help utilities maximize their efficiency opportunities, Baer said. He expects the manual will be completed later this year.

“Hopefully it will allow them to do more, and to do it better, than they are doing today,” he said.

‘The goals are voluntary’

Annie Gilleo, the state policy manager for the American Council for an Energy-Efficient Economy, said that a Council report done in 2015 found that on average, “the leading municipal utilities were achieving about 1 percent electricity savings.”

Gilleo said she thinks that Iowa’s municipals are saving reasonable amounts of energy, especially considering they are are not subject to the same requirements the large utilities are.

“I think it is notable that, as a whole, the municipals are doing energy efficiency and are reporting on savings and holding themselves accountable, although goals are voluntary,” she said. “It’s definitely commendable. The goals are voluntary and nobody is holding their feet to the fire. It’s just a service they’re providing to their customers.”

But while some of Iowa’s municipal utilities are delivering a high level of energy efficiency, others are achieving very little.

For example, Greenfield Municipal Utilities set a goal starting in 2012 of cutting sales by 1.1 percent yearly. According to the IAMU study, Greenfield reduced sales by roughly three times that during each of the years 2012, 2013 and 2014.

Earlville Municipal Utilities also set a 1.1 percent goal beginning in 2012, and delivered annual savings from 2012 through 2014 of slightly more than 2 percent, on average.

The electric utility in Cedar Falls aimed lower, and achieved smaller savings. During the five years from 2010 through 2014, for example, the utility’s average goal for electricity savings was .79 percent annually. Their actual savings averaged .72 percent per year.

And the utility in Glidden achieved only a small fraction of its goal of 1.1 percent annual savings.

Although municipal utilities and rural electric cooperatives are not rate-regulated like the investor-owned utilities, clean-energy advocates contend that they should be held to a higher efficiency standard than appears to be the case now.

“The IUB has received reports from the municipals and co-ops, and hasn’t done much beyond that,” Baer said. “I think they would have a role to help facilitate much greater energy-efficiency results.”

Don Tormey, speaking for the utilities board, said that it does not intend to take any action with regard to the municipal efficiency report filed in January. Furthermore, he said, “The statute does not require IUB to approve energy efficiency plans for the munis and RECs as they are not rate regulated.”

However, the state can – and does – require small utilities to provide meaningful energy-efficiency services to their customers, according to Mandelbaum. He points to Iowa Code 476.1(7), which states:

“The jurisdiction of the (Iowa Utilities Board) under this chapter shall include efforts designed to promote the use of energy efficiency strategies by rate or service-regulated gas and electric utilities.” Municipal utilities and rural electric cooperatives are “service-regulated” utilities.

“Energy-efficiency programs are not optional,” Mandelbaum said. “They’re required under Iowa code, and it’s unfortunate if some smaller utilities treat it as optional, and just comply with the letter of the law.

“Certainly the intent of the law was to ensure access to quality energy efficiency programs. I think there is a question: if they just file programs to meet their minimum requirement and don’t try to implement the best program they can, (are) they meeting the spirit and intent of law?

“If the effort is sufficiently low, at what point does the board assert their jurisdiction?”