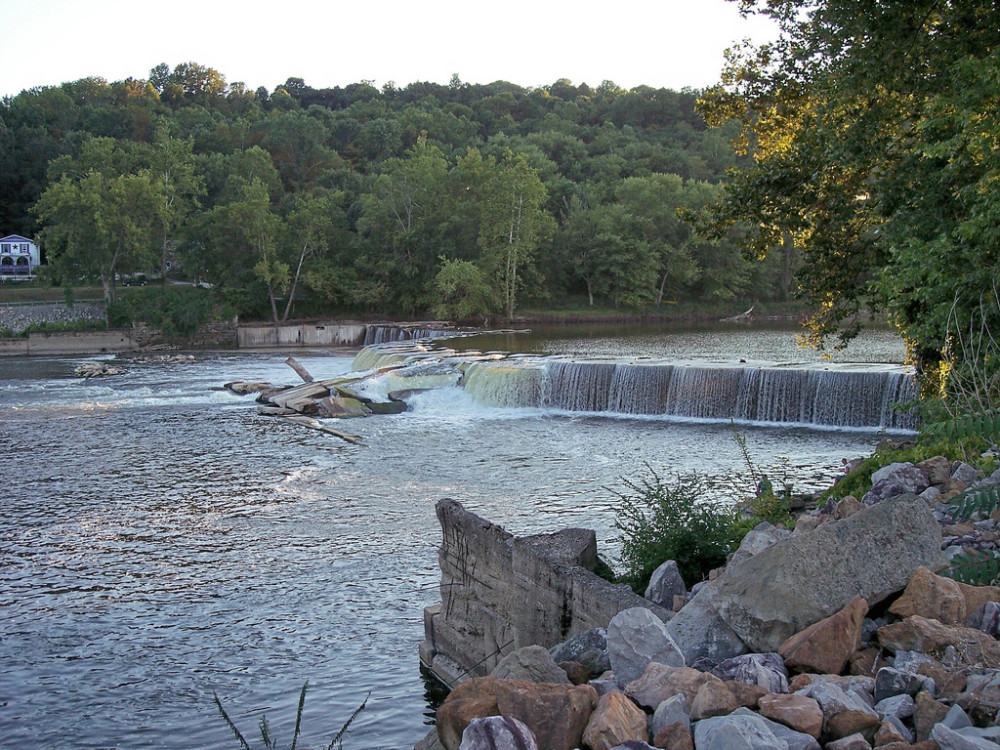 A series of six small hydroelectric projects along the Muskingum River in southeastern Ohio point to hydropower’s potential as a robust, if underused, energy source for the state, supporters say.

FFP New Hydro LLC, a developer of hydroelectric ventures on existing dams, and its partner group AECOM Capital obtained their last Federal Energy Regulatory Commission (FERC) license in March to convert a half-dozen Muskingum dams to hydropower. The generation facilities will be added to existing lock and dam structures owned and operated by the Ohio Department of Natural Resources.

The projects, rated at 23 megawatts, will produce enough electricity to power 11,500 homes in Muskingum and Morgan counties, for a total cost of $118 million.

Each site will provide anywhere from three to five megawatts, eliminating the need for coal, natural gas or other non-renewable energy generation, said proponents.

Along with providing emissions-free electricity, the “run-of-river” Muskingum dams will operate below water level, meaning little noise and no additional lighting, officials said.

With licensing secure, plan partners are now moving onto engineering analysis and design. Construction is slated to begin in 2017 and will take about 18 months, said Don Lauzon, vice president of regulatory affairs with Rye Development, which is leading the regulatory process for the project.

The structures are set to be built in a cluster along the Muskingum, starting with the Philo lock south of Zanesville and ending at Marietta’s Devola facility. To change the dams to hydropower, turbines will be housed in newly constructed power stations. The stations will be erected at a low profile to obscure the turbines from view.

“We’re not creating any new dams,” Lauzon said. “This is water that’s flowing over the dam, anyway, so why not take that excess power and create energy?”

Direct environmental impacts will be similarly negligible, he said. For example, state and federal regulations are in place to monitor dissolved oxygen near hydroelectric dams, protecting aquatic life that would otherwise be threatened in under-aerated water.

“We  have engineering techniques to inject air in the turbines, so there’s no impact on fisheries,” said Lauzon.

They’ve got the power

The reconverted dams will bolster Ohio’s thin hydroelectric portfolio: A 5-MW hydroelectric plant in the northwest corner of the state has been in and out of use since the early 20th century, while a two-turbine operation near Columbus cranks out another 5 MW.

Hydropower may have a higher capital cost than wind or solar, but it also lasts longer, notes Kevin Maynard, who oversees the electric utility in Hamilton, Ohio. Hamilton gets much of its electricity from the 105 MW Meldahl plant, based across the Ohio River in Foster, Kentucky.

“The life of a wind or solar project is about 20 to 25 years,” Maynard said. “Hydro has a long-lasting concrete infrastructure and a turbine connected to a generator. This is a developed, mature technology.”

Muskingum’s forthcoming dams reflect a U.S. hydropower fleet that has grown over the last decade as existing assets are upgraded. Additions to already built projects accounted for 86 percent of a net 1.48-gigawatt hydropower capacity uptick from 2005 to 2013, according to a 2014 Department of Energy (DOE) report.

As of May 2015, hydro provided nearly 7 percent of the nation’s electricity supply – enough to power more than 20 million homes. However, hydropower backers believe currently non-powered dams are a beacon of untapped energy potential. The DOE identified 54,000 sites, mostly lock and dam facilities on the Ohio, Mississippi, Alabama, and Arkansas rivers that could tally 12.1 gigawatts upon conversion to hydropower. The National Hydropower Association estimated these projects could serve more than 250,000 households and circumvent two million metric tons of carbon dioxide annually.

For the people on the Muskingum, each site will provide 100 to 150 construction jobs as well as continued staffing and service employment during operations. Employment and supplies will be sourced from area contractors and providers, depending on what the community has available. For instance, regional companies will be called in if concrete and other aggregate materials can be quarried locally. Rye is also meeting with area chambers of commerce to secure work for local inhabitants.

“The idea is to keep those jobs in state, if possible,” said Lauzon.

In recent months, Johnson discussed hydropower with citizens from Muskingum County. While attendees were interested in the long-term prospect of clean energy, it was hydopower’s employment possibilities that truly grabbed their attention, Johnson told Midwest Energy News.

“In the near term, they’re excited about job creation,” he said. “We’re talking about at least 600 jobs in total. That’s not insignificant.”

Project developers, meanwhile, are heartened by the so far positive response from residents.

“We consider these people our stakeholders,” Lauzon said. “This project is going to be in their area, so we want to make sure the message is clear: We’re not taking out dams or building anything new. What we’re trying to do is support renewable energy and contribute less emissions to the environment.”