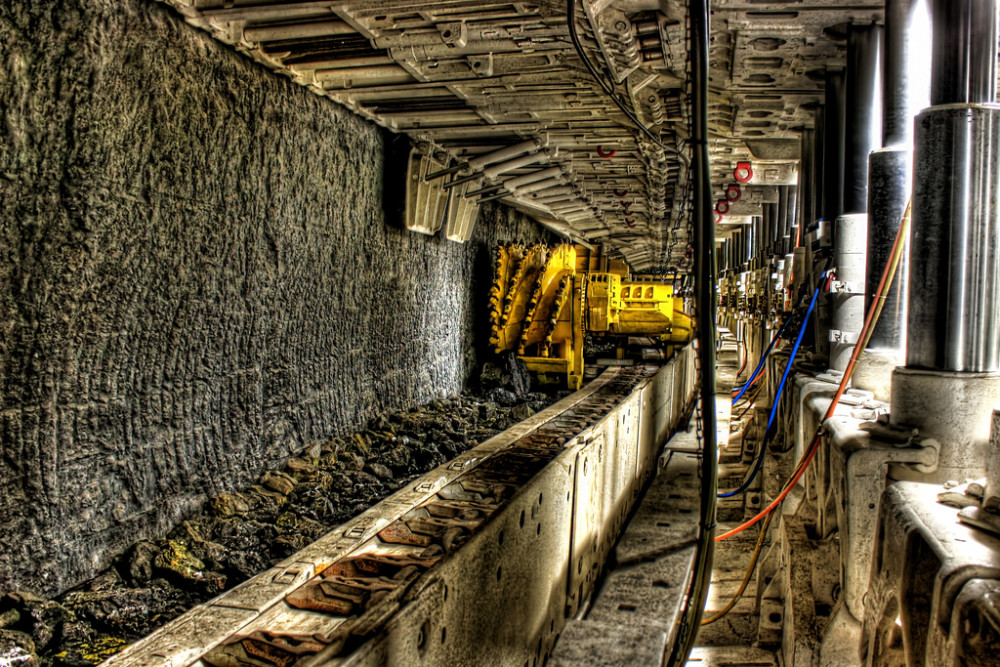 The nation’s largest underground coal mining company claims a proposed update to the federal stream protection rule is the top regulatory threat to its industry.

“What this rule does is put an end to underground mining in the United States,” Gary Broadbent of Murray Energy Corporation said at an Ohio State Bar Association program in Columbus on April 14. The closely-held company is headquartered in St. Clairsville, Ohio.

Environmental organizations maintain that the new rule is necessary to reflect current knowledge about ecology and to address shortcomings in existing regulations, which are more than 30 years old.

As environmental advocates see it, the rule proposed last summer by the Office of Surface Mining and Reclamation Enforcement (OSMRE) will improve water quality and protect important habitat areas.

“The science has really come a long way since 1983,” said Nathan Johnson of the Ohio Environmental Council, speaking at the same program. That’s the year when the current rules under the Surface Mining Control and Reclamation Act were adopted.

The existing law and rules already require owners of coal mines to address potential pollution and other damage caused by those mines, including acid mine drainage.

However, even when a stream’s physical features have been restored, the amount and diversity of life downstream from mining areas can remain impaired for more than a decade.

“It’s great in the abstract to require restoration of stream quality,” said Johnson. “In practice, it’s not always something that works out.”

Small headwater streams are a major concern, Johnson said. He compared them to the capillaries in the human body’s circulatory system.

“The small streams really connect everything,” he said. “They are really essential to the larger rivers and waters.”

Headwaters carry runoff from rain and snow to larger streams and rivers. Some headwater streams are also fed by springs from groundwater.

Either way, if pollutants get into those waters or their flow is disrupted, the effects are carried downstream, Johnson noted.

Small headwater streams also make up the majority of waterway miles — about five of every six miles of the state’s streams and rivers, Johnson added. “They are very important.”

Determining what counts as a stream isn’t always obvious, though. Disagreements especially focus on “intermittent streams” that flow only at certain times.

What state regulators or environmental groups call an intermittent stream may appear to be a “dry ditch” to coal companies.

The proposed stream protection rule would make it easier for the government to classify those areas as streams, Broadbent said.

Moreover, Broadbent claimed, the proposed rule would ignore a provision in the law that deals with technological feasibility.

As a result, the proposed rule would allow coal mining under just tiny portions of a typical coal reserve, Broadbent said.

And even those would be unworkable, Broadbent continued, because those sections of the reserve would not be next to each other. That would effectively preclude the use of modern underground mining techniques, such as longwall mining, he said.

“The shear goes back and forth, kind of like a deli slicer, taking three-foot cuts of coal” with each slice, Broadbent explained. “It’s actually the safest form of coal mining.”

And, he added, the impacts are “a far cry” from those of surface mining.

The difference between surface and underground mining is at the heart of one of the company’s other main objections to the proposed rule.

“This rule fails to differentiate between underground mining and surface mining,” stressed Broadbent.

In a follow-up interview, CEO Bob Murray stressed that his company does not do mountaintop removal, “which is where this law is coming from.”

“I have never thought it was an environmentally acceptable way to mine coal — to take the top of a mountain off and forever alter the landscape,” Murray continued. “I don’t do it.”

As Murray sees it, OSMRE’s staff people are taking a provision from federal law “that applies only to surface mines and are applying it illegally to underground mines.” In his view, the government’s proposed rule is “illegally saying that if there’s a dry ditch on the surface, you can’t mine under there.”

The shallowest mine the company has is about 350 feet deep, he said. “Mostly we’re about 800 feet deep. Nobody knows we’re down there mining coal.”

Those impacts include claims of depleted surface water and groundwater supplies resulting from changes in water flow patterns after subsidence, as well as harm to homes and businesses, including farms.

Comments on the proposed rule by a coalition of groups ask OSMRE to require that underground mining companies protect groundwater supplies and to treat changes in surface water flow as damages, especially in farm areas.

The groups’ other suggestions include expanding the proposed rules to strengthen protections for buildings owners from subsidence.

Subsidence occurs “no matter what” with both longwall and traditional room-and-pillar coal mining, Murray said.

Yet while subsidence after room-and-pillar mining occurs gradually over decades, he continued, engineers plan longwall mines “to make that subsidence happen within seven days.” Then, he said, anything can be built over the property without worries about additional subsidence.

How much does the ground over a mined area sink?

“As for a rule of thumb regarding subsidence, there is no fast rule,” Broadbent explained. “In broad terms, the height of the seam mined, the depth of cover, and the geologic features in the overburden are the three major factors. As you would expect, the total amount of surface subsidence also varies across the width of a longwall panel with the greatest subsidence settlement typically occurring in the center of the panel.”

And while the subsidence could lower the groundwater table or water in streams, Murray claimed such effects are generally short-term.

“The Earth has a tremendous way of healing itself,” he said. “And the water recharges.”

“When longwall subsidence impacts groundwater supplies to wells and springs, the effects are often only temporary,” Broadbent said.

“However, in those instances where supplies do not recover, Ohio law requires their replacement,” Broadbent added. Other states have similar requirements.

Controversy will certainly continue over the extent to which underground mining affects water supplies, including groundwater and small headwater streams.

Also certain to continue is the debate over whether changes to the stream protection rule can be applied to underground mining. That dispute will almost certainly wind up in the courts.

However, Murray said, “the courts are so slow.”

“There are 50 coal companies in the country now bankrupt,” he added. “There are only three that are not in bankruptcy. I’m one of the three.”