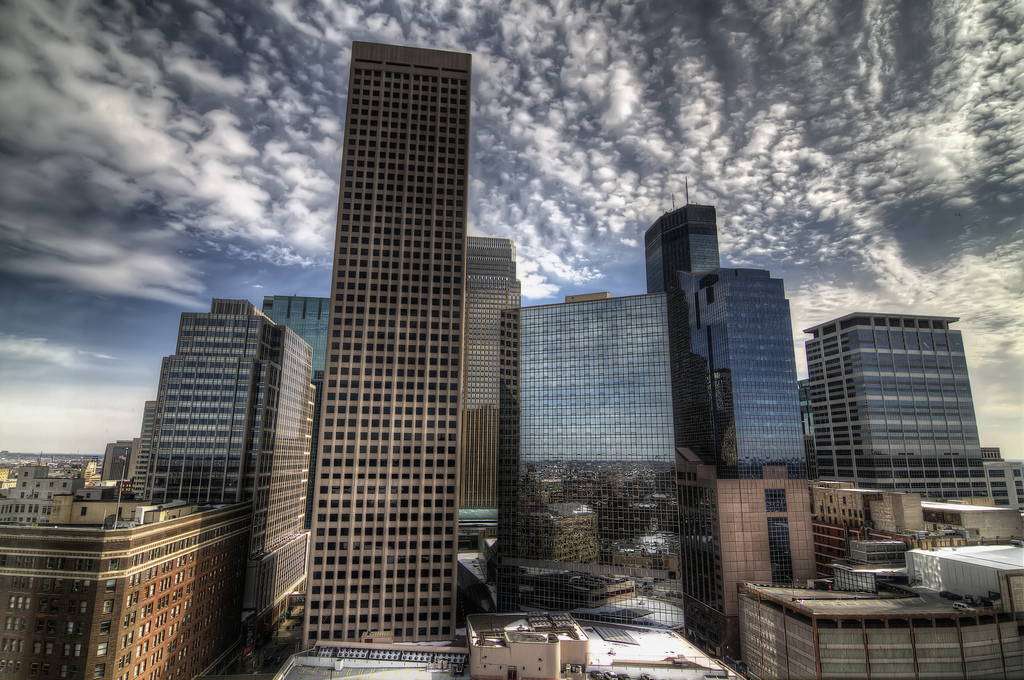 The city of Minneapolis’ goal of reducing emissions 80 percent by 2050 could be met by aggressively electrifying the transportation system and employing a number of building technologies, according to a recent report from Siemens.

The report used Siemens’ “City Performance Tool” (CyPT) that looked at as many as 40 technologies that could significantly reduce Minneapolis greenhouse gas (GHG) emissions.

One proposal that clearly emerged as a game changer was transitioning from gasoline cars to electric vehicles through the installation of 70,000 charging stations to serve an eventual 230,000 EVs. Perhaps not coincidentally, Siemens manufactures an electric charging station called Versicharge.

“We’ve spent a lot of time looking at buildings and clean energy,” said Minneapolis sustainability manager Gayle Prest. “It was interesting to get different thoughts on what the transportation system needs to look like to get to these goals. At the city we all understand the importance of transit, biking and walking but looking at electric vehicles and the infrastructure it will take was interesting.”

Siemens has applied the performance tool pro bono to 15 cities around the world, including several in North America. The report offers not so much a policy document as an “infrastructure framework” for meeting the  GHG reduction goals of cities.

The global giant has its hand in a number of fields related to sustainability, from power distribution to building technology to renewable energy. All the solutions the report provides relate to products and services Siemens’ could provide its city clients.

Another key finding reveals that the planning documents Xcel Energy has submitted to state regulators forecasts nearly enough renewable power to get Minneapolis to the 80 percent emission reduction by 2050 without implementation of the entire game plan offered by Siemens, Prest pointed out.

Still, Minneapolis is unlikely to do little or nothing to reduce GHGs or rely on Xcel alone. The job potential alone is an attraction, Prest said. Siemens suggests the city could create thousands of full, part time, indirect and temporary jobs over a 35 year span, the great majority of them in transportation.

“How the air quality improvement could have a major job impact is not something I considered,” she said.

The report at a glance

Along with EVs Siemens suggests electrifying taxis, buses, car share and other vehicles as well as increasing use of public transportation (6 percent now), biking and walking.

Adding all the strategies together would develop new businesses and develop new jobs, the majority (63 percent) in transportation. In the building trades energy efficiency and automation and combined heat and power would lead in job growth.

The report breaks down the pollution mix into two sectors – buildings and transportation – to deliver a snapshot of the current state of affairs:

Through modeling and the application of different technologies the report suggests that Minneapolis could decrease CO2 by 82 percent, NOx by 73 percent and PM-10 by 61 percent.

Much of it comes from electrifying the transportation system, along with a host of other technologies such as energy efficiency and automation in homes and combined heat and gas plants.

Julia Thayne, the director of urban development at North American Center for Cities at Siemens, said the company has 100 employees around the world working on urban issues. They are part of an effort called the Siemens Center of Competence Cities and they have helped deploy the CyPT for cities in Europe, Asia and North America to pilot.

They looked for cities which are leaders in sustainability “where we could have good partnerships and which weren’t afraid to be the first to try something,” Thayne said. “That’s why we chose Minneapolis.”

In North America the other cities the tool has been applied to include San Francisco, Riverside, Calif., New Bedford, Mass., Mexico City, Toronto and Edmonton. Others are signing up but none are in the Midwest, she said.

When comparing Minneapolis to other cities, such as Copenhagen and San Francisco, the key difference was transit. While Minneapolis may have a good transit system most residents still rely on cars, she said.

“There are higher impacts in moving toward electric cars in the United States than in European cities,” Thayne said. “They get results from (improving) public transit while in U.S. cities we’re getting better results from moving to electric cars.”

CyPT was developed after many cities around the world set ambitious GHG reduction goals. The company believed a tool that focused on the infrastructure of greater sustainability would be of great use to urban planners, politicians and others.

While the crystal ball is inexact the results inform cities of their chances of getting to their targets. Copenhagen’s goal of carbon neutrality by 2035 is unlikely to be met and leaders there have decided to turn to burning wood in biomass plants to reduce reliance on carbon-based energy.

The story in Minneapolis will be different. “The most surprising thing is you (Minneapolis) reach 80 percent (emission reduction) by 2050,” she said. “That is not a common outcome, believe it or not.”