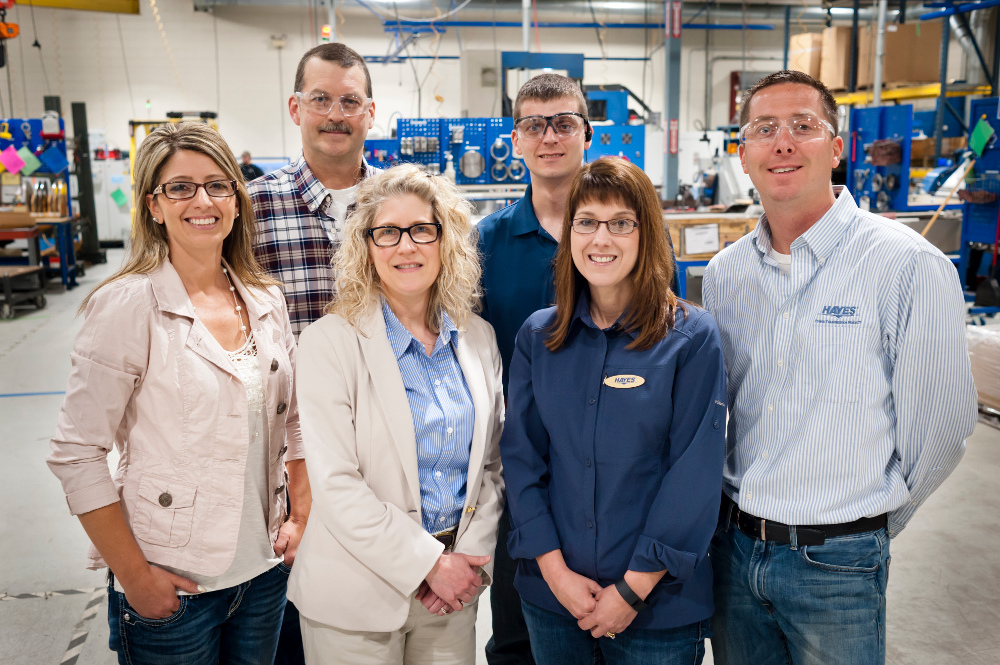 For Michigan companies looking for an economic boost, help may come from a group of traveling retirees.

Every year, dozens of retired engineers travel across Michigan as part of a state-funded program that audits small manufacturing companies’ energy use. At each stop, teams recommend changes that lead to thousands of dollars in savings for those companies’ bottom lines.

These “enhanced energy audits” through the Retired Engineer Technical Assistance Program (RETAP) are also free and potential investments are voluntary.

For small but energy-intensive manufacturing companies, hiring the professional expertise necessary for efficiency changes can be costly.

“We don’t have someone in-house that is full time and knows a lot about energy savings,” said Penny Challender, co-owner of Hayes Manufacturing in northwest Michigan that specializes in making couplings and various other engine parts. “We looked for companies to do it that were for-profit, but it was expensive, on the order of thousands of dollars. They would come and look at (the company) for free, but wouldn’t give us a report until we committed to the work. It was really high pressure, we just didn’t like the approach.”

But after finding RETAP, Challender said Hayes was left with a comprehensive plan for do-it-yourself efficiency upgrades — all the way down to “turning the light off in a pop machine.”

“They gave us very specific, detailed information about our business, it was not just a generic template,” Challender said of the audit, which took about a month to produce. “We had no idea it would be so complete.”

RETAP recommended moving to higher-efficiency lighting throughout the plant, with an estimated annual savings of $11,000, as well as installing a quick-closing door at its loading dock to lower heating and cooling bills. The RETAP team also made recommendations for reducing trash waste and helped Hayes apply for a state grant to pay for the new door.

“When you’re a small business, you have to think about energy use, especially with the business we’re in,” Challender said. “If we don’t have electricity, we don’t make anything. There isn’t a ton we can do about the machines (using energy), but when you can save in other areas, that’s money you can put toward more machinery, R&D and employee benefits. We like to pinpoint waste and get rid of it.”

RETAP started as a pilot program in 1994 under former Republican Gov. John Engler and was modeled off a similar program in Alabama, said RETAP manager David Herb, who is based in the Michigan Agency for Energy. RETAP is open to manufacturing companies with less than 500 employees.

In addition to energy audits, RETAP is broadly a pollution prevention program that also targets water use and waste disposal.

“Our charge is to make small manufacturers more profitable and more sustainable with the hope that they’ll create additional jobs,” Herb said.

Beyond efficiency recommendations, Herb said teams will also take an in-depth look at utility bills “to try and determine whether they are using the right rates or if they are experiencing demand charges they shouldn’t.”

To date, the program has assessed more than 1,000 manufacturing facilities across the state and companies typically implement more than 70 percent of the recommendations. It maintains more than 40 retired engineers from various professional backgrounds. Herb said this year’s budget for the program is around $250,000.

Beginning in 2007, RETAP made a “significant, dedicated effort” to follow up with clients on their cost savings.

In 2015, the program performed 78 assessments at companies across the state. According to RETAP, the 2015 assessments combined reduced 28.3 million kilowatt-hours of electricity and 1.6 million CCF of natural gas use. Including reductions in water use and waste disposal, the program says it saved companies $5.9 million in operating costs, or an average of $75,641 per company.

‘Giving back to society’

While working as a manufacturing plant manager in mid-Michigan about 12 years ago, Al Schulien was given a business card from a stranger who said he was with RETAP. Schulien, a mechanical engineer, was interested and held on to the business card as he planned to retire soon.

Since then, the 80-year-old has traveled across the state identifying energy savings for companies. He said each engineer is assigned to projects that utilize their special skills — his are in electroplating and powder coating. Being involved in one to two audits a month is “more than enough,” he said: “I’m supposed to be retired.”

After working with RETAP over the past decade, Schulien says companies are “much more energy aware these days” than they used to be and, if not, “We help them become aware.”

His work goes beyond what’s done as part of a typical home energy audit to include hazardous waste, solid waste, electricity, air compressors — “anything that gobbles up energy,” he said.

For the retirees like Schulien, RETAP also is a way to keep them actively involved in the industry without bringing down a mandate on companies.

“It’s a pleasure to walk in the doors of these places. They love us because it’s free and it’s nice to be wanted,” he said. “From my perspective, we’re not just taking from society, we’re giving back to society in a very meaningful way.”