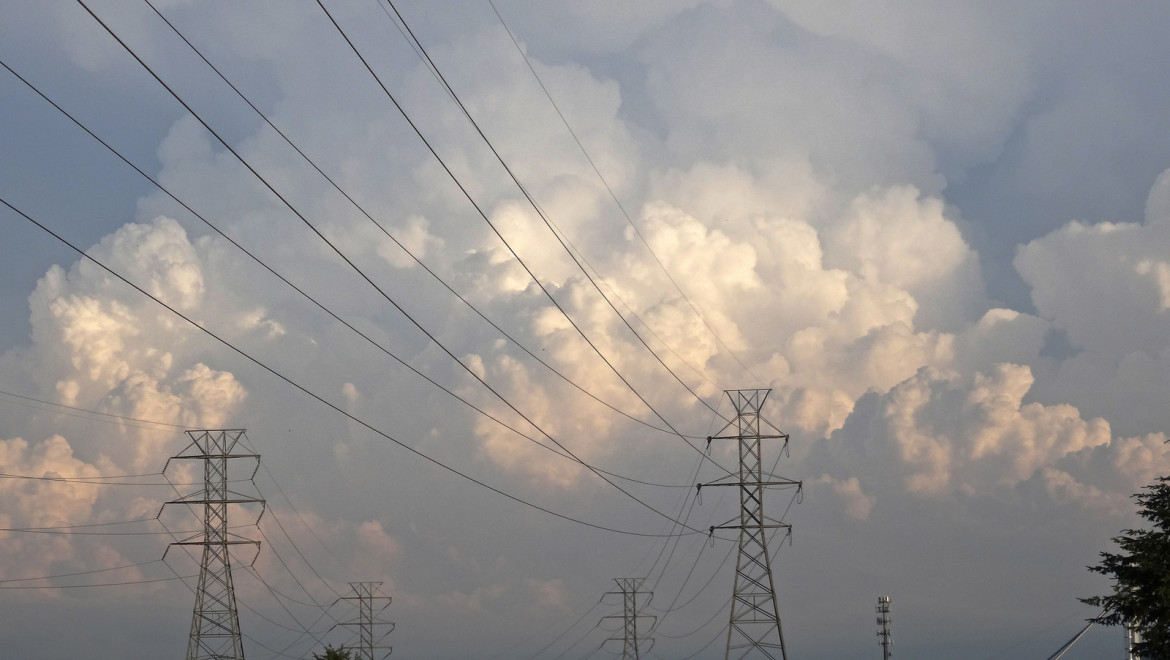 Based on reaction since last week, much of that opposition remains.

Republican Sens. Mike Nofs and John Proos, who chair and co-chair (respectively) the Senate Energy and Technology Committee, unveiled their two-bill package last week after spending the first part of the year making revisions to the first draft of the bills that appeared last summer.

The revisions set a 30 percent clean energy goal by 2025, which would be met by a combination of renewables and energy efficiency and which mirrors a similar plan from the state House. Michigan met its 10 percent renewable energy mandate last year.

SB 438 would eliminate renewable and efficiency standards that have existed since 2008 in exchange for an Integrated Resource Plan process that allows stakeholders to intervene in requests before the Michigan Public Service Commission.

The bills also preserve Michigan’s 10 percent cap on electric choice but add more requirements of Alternative Electric Suppliers to prove they can provide adequate capacity to customers into the future.

The overarching discussion of the policy centers around when, how much and what kind of new electric generation comes online as Michigan coal plants retire — both to maintain reliability and affordability.

“At first blush there are some things we like (about the revisions), but there are just too many major things that aren’t satisfied,” said Larry Ward, executive director of the Michigan Conservative Energy Forum.

For one, a 30 percent clean energy goal of renewables and efficiency won’t really move the needle, he said.

“The number 30 percent isn’t a goal by any stretch of the imagination,” Ward said, referring to reports earlier this year that Michigan could hit that target simply through energy efficiency.

Ward said positives in the legislation include an on-bill financing mechanism to help pay for clean energy projects and more funding for the state Utility Consumer Participation Board.

“But for the major portions of what we’re trying to accomplish, this just doesn’t cut it,” Ward said. “It’s clearly an advantage to utility companies.”

‘Build as few plants as possible’

James Clift, policy director for the Michigan Environmental Council, testified before the Senate committee on Wednesday that the plan would be “a step backwards for energy policy in Michigan. We think it fails to protect ratepayers, fails to protect public health and impedes economic development in the state.”

Particularly, Clift said the discussion around reliability has been focused too much on the 10 percent load in the choice market and not enough on “the other 90 percent.”

The provisions in the bill dealing with providing capacity during peak times “will favor building capacity to meet that demand instead of knocking that peak down. The goal should be to build as few plants as possible to meet that.”

To do that, Clift said enough smart meters have been deployed across the state for Michigan to move to time-of-use pricing. A recent report said that a ComEd program in Illinois for time-of-use pricing has saved 10,700 customers $15 million since 2007.

“Using all non-build mechanisms possible to meet that demand serves your purpose to make sure the cost of service reflects the cost to the customer,” Clift testified. “The utilities want to wait until we install every (smart) meter in the state. We think that’s too long. We have millions of meters our there, let’s put them to work.”

Clift went on to say eliminating an efficiency standard in exchange for an IRP provides no guarantee that a utility will make that investment. Reports have also shown that an IRP alone is not as effective as standards in realizing efficiency savings and renewable development.

In an interview with Midwest Energy News last week, Nofs said his first goal was maintaining electric reliability in the state as coal plants close.

“The second goal was to ensure each supplier licensed in Michigan shares the responsibility to have power for their customers,” he said, referring to what major utilities have criticized as “an inherent subsidy” resulting from Michigan’s electric choice law.

However, critics say the new requirements on alternative suppliers will effectively kill the choice market.

Gerry Anderson, chairman and CEO of DTE Energy, testified in support of the bills last week. He said claims that the choice market would be eliminated is “hyperbole that misrepresents the true intention of the policy before you.”

He notes that the 10 percent cap stays “while also taking steps to protect all customers by ensuring all energy providers meet their fair share of our state’s reliability requirements.”

Steve Transeth, a consultant and former MPSC chairman, said while the bills may end electric choice “as we know it,” customers would still be able to participate within the 10 percent cap.

“It doesn’t kill choice, but it probably does curtail the nature of it by requiring certain obligations on those providing open access service they didn’t have before,” Transeth said.

Last year, the legislation also drew fierce opposition from solar advocates because it would eliminate net metering in exchange for a system in which solar generators buy power from utilities at retail and sell back their generation at wholesale prices, also known as a “buy all, sell all” model.

Nofs said his bill would grandfather in those customers for 10 years and that new reimbursement rates would be “more than wholesale but less than retail.”

The Great Lakes Renewable Energy Association, however, provided testimony that said the new structure would essentially sell power back to the utility at wholesale price, called the “Variable Power Supply Portion” of the retail rate, at about 4 cents per kilowatt-hour.

The proposal “is legalizing a taking by a state sponsored monopoly. But instead of government taking private property for public use and paying ‘just compensation’ to the property’s former owners, SB 438 is letting a utility ‘take’ the private generation of energy, a form of private property and paying a minimal amount in return.

“SB 438 would seriously undermine the freedom and ability of business and homeowners to choose to install a renewable energy system because the net metering changes would cripple the financial rationale for installing solar.”