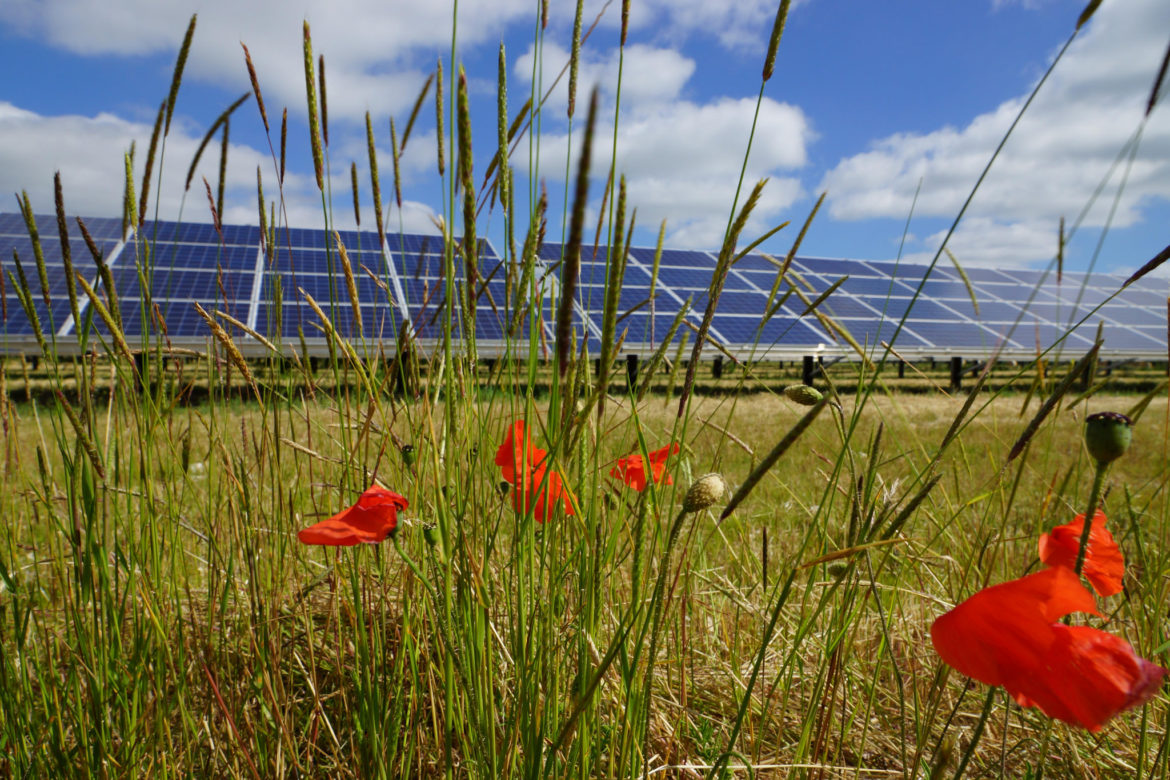 A potentially first-in-the-nation bill has passed the Minnesota House that would permit owners of large, ground-mounted solar sites to publicly declare them beneficial habitat for birds and pollinating insects.

With no opposition, the Republican-led Minnesota House of Representatives passed House File 3353, which is now being considered by the Senate (UPDATE: the Senate approved the bill Sunday on a vote of 62-2).

Adherence to recommended habitat–maintenance standards would be strictly voluntary, said Greg Knopff, legislative analyst for the Senate Jobs, Agriculture and Rural Development Committee, which approved the measure on March 24.

Knopff says the bill grants solar-site owners permission to publicly claim they provide beneficial habitat if they can show they follow the Minnesota Board of Water & Soil Resources (MBWSR) Pollinator Plan.

“It’s just kind of a truth-in-advertising kind of a thing,” Knopff says. “If you follow these guidelines, then you can say that you are providing beneficial habitat to songbirds, pollinators and game birds.”

The law would apply to sites with a generating capacity of greater than 40 kilowatts. Its language says that such a site “may follow site management practices” that provide beneficial habitat and that reduce storm water runoff and erosion.

“There is not any mandating or anything like that,” Knopff says.

The bill’s only firm requirement is that, if an owner makes a beneficial-habitat claim after it meets BWSR guidelines, the solar site’s vegetation management plan must be provided to the public and submitted to a Minnesota nonprofit solar industry trade association.

While the House bill passed unanimously, 126-0, it did raise some objections in its original incarnation, according to Knopff.

The initial House and Senate versions of the bill both included a provision that would have allowed local governments to require solar developments to adhere to MBWSR’s site-management plans. It also would have permitted local authorities to require that habitat-friendly site management practices be maintained over time.

That provision was dropped before the bill received its first hearing, Knopff said.

“I think that Sen. Sparks thought that was an overreach and I am sure people in House thought so, too,” he said. “I am sure that they were hearing from some people, and that there may be some controversy there.”

To Knopff’s knowledge, the bill’s habitat-friendly provisions would be a unique development in the U.S. solar industry.

Correction: An earlier version of this story incorrectly identified one of the bill supporters. It should have said Minnesota Farmers Union.