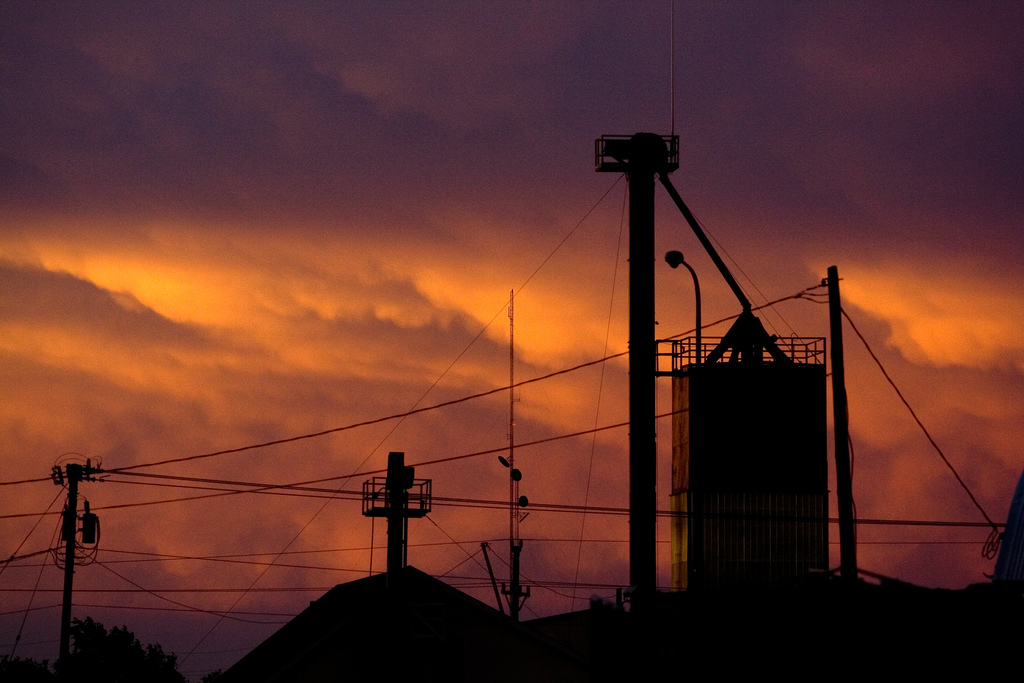 A small town on the prairie of southwest Minnesota, Morris has an outsized reputation in the renewable energy world. The city’s University of Minnesota campus boasts two wind turbines, solar thermal and photovoltaic installations, and a small biomass plant.

Having seen the university’s success – and having collaborated on some of those projects – city leaders decided the community itself needed to head in that same direction.

It hired Jeremy Kalin, a 41-year-old former Minnesota legislator and founder of Eutectics LLC, a firm that works closely with communities on finding unique financial resources for clean energy projects.

Working with city leaders and the university’s Center for Small Towns, Eutectics developed the Morris Model Clean Energy Hub and set an ambitious goal of powering 100 percent of the city with renewable energy within a decade.

It’s a model he’s been hired to apply to three distinct and vastly different environments. One is Cuyahoga County, home to Cleveland, and Chisago County, a burgeoning exurban enclave north of St. Paul.  And then there’s Morris, of course.

“What [Jeremy’s] doing up here is a real game-changer,” he said. “I think he has created a whole new way of making solar and energy efficiency viable.”

The first project in Morris replaced street lights and lighting in 12 municipal buildings with LEDs. The city is projected to save more than $122,000 over the next ten years on energy and maintenance costs.

“I think what Jeremy is doing is a great idea,” said Blaine Hill, Morris’ city manager. “We’re really excited about these kinds of projects.”

After opening in 2012, Eutectics focused on helping cities begin Property Assessed Clean Energy (PACE) programs, which allow businesses to pay for efficiency and renewable projects through assessments over 20 years.

Eutectics helped create the state’s first PACE program in 2012 and two years later assisted in developing a statewide initiative managed by the St. Paul Port Authority. Small businesses in Edina and Minneapolis were among the first users of PACE.

Kalin’s firm facilitated more than $86 million in projects with a scant staff of just six employees. Armed with experience with PACE, Kalin came to the idea of creating communitywide “energy hubs” that would tap an emerging and robust group of public and private financiers looking to invest in efficiency and renewables.

“I kept hearing over and over again ‘we don’t want to rely on public investment, it can only get us so far,’” Kalin said. “There is literally more than a $1 trillion of capital sitting on the sidelines wanting to invest in renewable energy and efficiency. There are white papers ad nauseam written about this.”

Some of those investors are enormous, such as pension funds (many of which have sustainable investment goals), or have a regional focus, in the case of community banks. Others include community development financial institutions, “impact” investors, equipment leasing partners, municipal lease financiers, solar investors and PACE programs.

Eutectics managed to convince capital partners they could still earn money off $100,000 deals, not just $1 million-or-more ones. The key has been to assure investors that clean energy projects aren’t just a good idea because they mitigate global warming and make for a safer environment, they can actually pay back financially.

As Kalin puts it: “We mobilize capital for the public good.”

From Cleveland to small-town Minnesota

The first energy hub – or green bank – Eutectics developed was in Cuyahoga County, Ohio. The county’s Department of Sustainability hired Eutectics, which promised the county it could identify $120 million in financing.

Eutectics assisted in a deal with a Norwegian company that will lead to the development of six turbines in Lake Erie capable of producing 21 megawatts. Cleveland’s many brownfields may become the sites of 4 megawatts (MW) of solar that could be built by Cleveland Public Power, he said.

Another proposal would create a community solar garden to serve county buildings.

“We have $42 million worth of projects in development and $90 million more in the  pipeline behind it,” Kalin said. “In Cleveland, leaders saw clean energy is a key priority for economic development and reinvestment.”

While the county energy hub continues, Kalin set his sights on Morris, a college town of 5,300 with a handful of industries and businesses. Eutectics identified more than $1 million in energy efficiency and renewable public and private business projects.

These range from replacing older lighting with LEDs to adding solar to the town’s main supermarket.

Hill, the city manager, likes the energy hub idea. Morris participates in a German government program that matches cities in Minnesota with similar-sized ones in Germany. Morris is teamed with the German town of Saerbeck, which produces 250 percent of its energy needs, selling the rest to other communities, Hill said. He sees the potential for Morris to do something along those lines if the political will exists and if the hub idea really takes off.

Next in line for projects is to convince Otter Tail Power to convert streetlights in Morris it owns to LEDs and to add solar to the city’s wastewater plant, which is in line for an upgrade to remove chloride, Hill said.

The concept that investors would finance a project because they need tax credits or simply think it’s a good idea still impresses Hill. He never figured outside investors would have much interest in small towns, or Morris in particular.

Nor has energy efficiency proven a hard argument to make to city leaders and citizens.

“When I look at a project that’s going to pay for itself with the savings of energy it’s a no-brainer,” he said. “You don’t have to invest taxpayer money or take money out of reserves. Now I’m thinking maybe we should figure out how to get some energy manufacturing going here. That will come down the road.”

Troy Goodnough, sustainability director at the university, adds that Morris is already well positioned because the university gets 70 percent of its power from wind alone. There’s more than enough wind and sun in southwest Minnesota to fuel Morris, he said, and should the community succeed it will attract “statewide, national and global attention for our model.”

Yet the missing ingredient always has been financing. “It’s the financing that’s the problem because it’s so complicated, and that’s where Eutectics has been a big help,” he said.