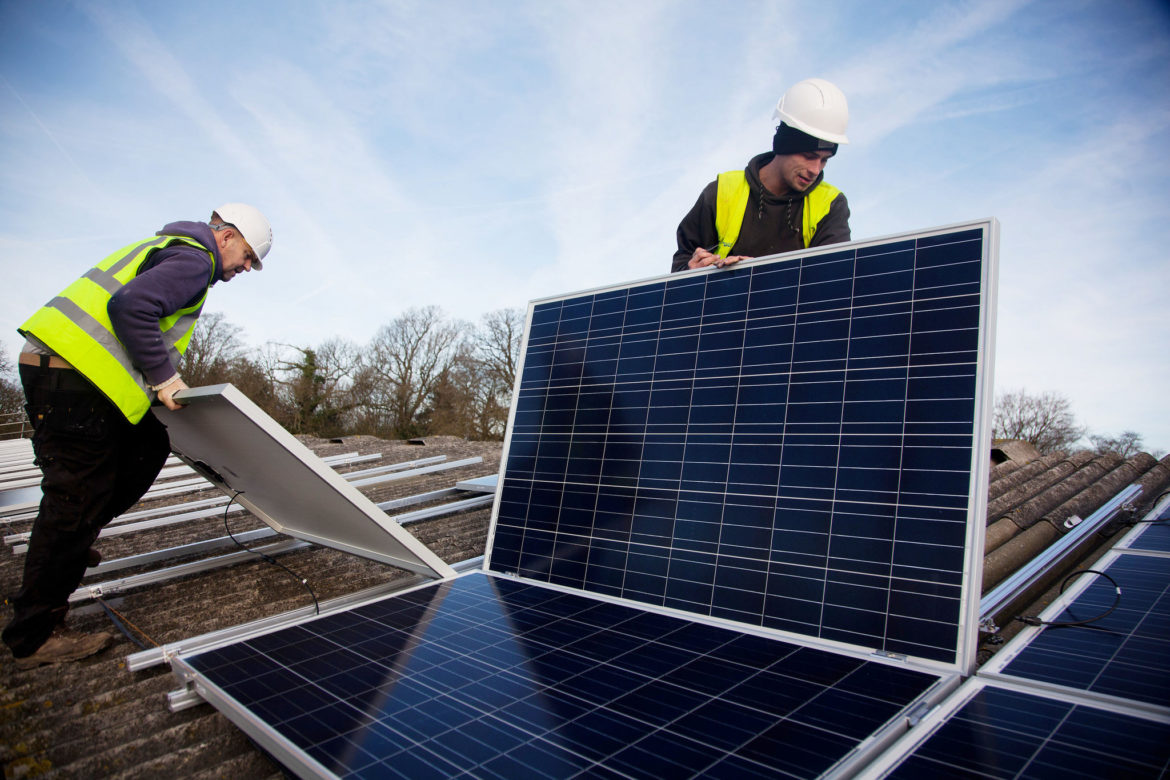 Steve Kihm and Andy Satchwell have a message for energy regulators.

Kihm, chief economist at Madison, Wisconsin-based Seventhwave, and Satchwell, a Lawrence Berkeley National Laboratory researcher, say regulators have economic levers at their disposal that can guide utilities toward green energy development while improving returns for shareholders.

They just have to learn to use them.

Several weeks ago, Kihm’s paper, You Get What You Pay For: Moving Toward Value in Utility Compensation, was embedded in a California Public Utilities Commission draft ruling, which adopted Seventhwave’s green energy regulatory incentives. Kihm and Satchwell, meanwhile, are wrapping up a U.S. Department of Energy project aimed at developing a new utility business model framework that helps investors identify value in distributed generation.

Their overarching aim is to create a “value engine” for distributed power sources – including solar, wind, biomass, hydro and other renewables – that can be guided through regulatory means.

We spoke with the Kihm and Satchwell by phone late last week. What follows is excerpted from that hour-long conversation.

Satchwell: This is really about how to create a strong financial motivation for utilities to meet clean energy public policy goals.

What we have tried to do here, at least in the broader DOE project, is look at that question from the standpoint of how do regulators and policymakers, through the different levers that they can pull, motivate utilities to achieve their public policy objectives?

Kihm: What we are presenting is a framework for analysis. It identifies what we call the “value engine.” That engine has three value drivers that can produce gains for utilities – return, risk and investment scale.

Most people think that if we simply take that rate of return or profit – let’s say it’s 10 percent – and multiply that by the amount of money invested – let’s say that’s $250 million – that must mean we have generated $25 million in profits and that must be a good thing. Unfortunately, that is incorrect. There is a threshold that has to be met called the cost of capital.

Think of that as debt. When you get a mortgage, the cost of your mortgage is the interest rate you pay. Equity also has a cost – you can’t observe it directly, but it is definitely there. You have to exceed that threshold. If you make 10 percent profit and your equity essentially costs 10 percent, then you could invest a trillion dollars in any kind of plant and you will not create any kind of value for your shareholders. You’ve got to have a spread there.

Steve, you’ve suggested that regulators can offer utilities opportunities to increase revenues if they provide societal value to their constituents. You also say regulators could influence utilities’ costs of capital to predictably increase rates of returns? How do those ideas work?

Kihm: The first one is really easy. Unlike a market in which the rate of profit is based on how well the firm competes and manages its costs, in regulated utilities the profit rate – at least the starting point – is called the “authorized return,” or the return on equity. A state’s utilities commission has direct control over that.

So for a clean energy asset, for instance, the commission could simply say that for all of the money that the utility invests in a clean asset, the state will authorize a profit of 11 percent. But for all its conventional assets, the state would allow a profit of only 10 percent. That is as easy and direct as can be.

I think what you were about to say is that the higher the risk, the greater the return that investors will demand?

Kihm: Right. That is sort of a brake on the engine.

A state energy commission can’t get rid of all the risk and they probably wouldn’t want to. But they can do things like pre-approve a plan. Let’s say a utility says, “We want to build a wind farm or some other clean asset.” The commission can say, “OK, what do you think it is going to cost?” Then the commission looks at all of the details up front and might decide that as long as you bring that in within say 5 percent or 10 percent of budget, we are going to make sure that you get to recover your investment in your pricing.

Satchwell: Regulators have a lot of tools at their disposal that can affect the return and scale. The risk assessment runs in both directions – regulators can increase or decrease risk with their decisions, sometimes very directly and sometimes indirectly.

What is important is this value engine framework underpins that and helps the regulators and policymakers really understand that if they pull a lever that they think is going to change risk, this is how it likely will impact the utility’s value. It helps them understand the degree to which they are changing that financial motivation of the utility.

In “You Get What You Pay For,” you [and coauthor Ron Lehr] write: “To start down this path, regulators should consider which customer and societal values are most important in their region.” Cynically, that seems to run counter to the general direction of government regulation these days. Is that idea a bit pie in the sky?

Kihm: We were talking about clean energy as sort of a tacit starting point. In other states, maybe they want something different. Maybe they want nuclear plants. Or maybe in West Virginia they want a coal plant. Let’s say a state doesn’t like wind farms because of siting issues with windmills, but they love solar. Well, they might get a different result using our framework than a state that really thinks wind is the way to go. You could use this framework for anything.

A regulator would want to reflect public policy and society concerns in the jurisdiction that they operate in. So is your interest environmental quality? Is it low cost for consumers? You tell me what the objective is, and then as a financial mechanic for the value engine, I can tune the engine to move the car the direction you want it to go.

Andy, what contributions do you think Steve and Seventhwave are making in this area?

Satchwell: I think they are adding to the discussion by saying this discussion needs to be about the impact on earnings and return on equity. The framework that Steve has described is defined as the return on equity minus the cost of equity. What that framework does is it gives regulators a broader set of tools and levers that they can access to motivate the utility and to achieve their public-policy goals.

That is the contribution – just really bringing out that discussion more broadly and holistically. It’s giving regulators a sense that they can affect returns, but they can also affect scale of development and they can affect risk. They can talk to their utilities in a way that translates to their management in a much more clear way.

The framework sounds like a business conservative’s possible entrée into renewable energies – a way to demonstrate business value from green energy. Is that observation off the mark?

Kihm: You are on the right track. This is a shareholder perspective.

From the utility’s perspective, what if the regulator sets it up so that I can create more value by building a central station solar plant than I could by building a combined cycle plant? It guides the resource.

Investor-owned entities, while they have a lot of stakeholders to serve, at some point are primarily responsible to their investors. This framework can be used to guide them. This is its whole purpose. It incentivizes a utility to take a path that is perhaps different than it would absent regulatory policy changes.