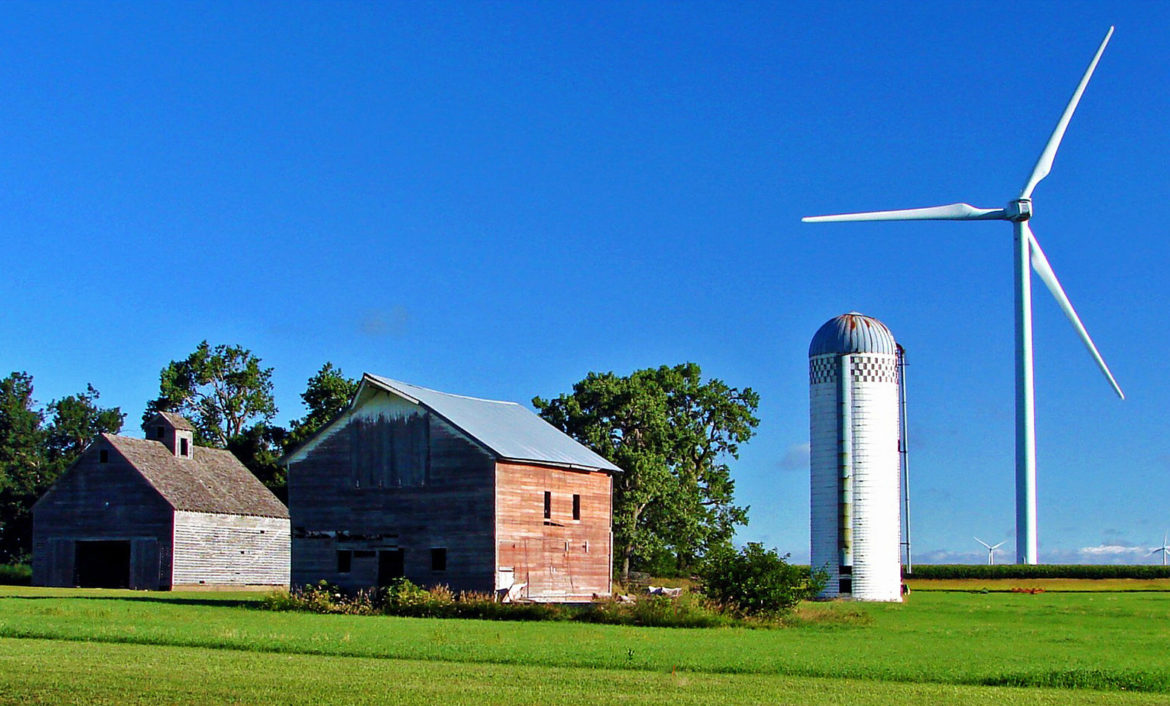 As lawmakers debate relatively modest renewable energy standards across the Midwest — or seek to halt them all together — clean energy groups, public officials and California researchers highlighted plans last month for the region to get to 100 percent renewables by 2050.

Led by Mark Jacobson, director of Stanford University’s Atmosphere and Energy Program, the Solutions Project says each state can hit a 100 percent renewable mix through wind, water and solar within 35 years.

For seven Midwest states – Michigan, Minnesota, Indiana, Illinois, Wisconsin, Ohio and Iowa – between 50 percent (Indiana) and 79 percent (Minnesota) of the projected energy mix could come from a combination of onshore and offshore wind.

The remaining supply would mostly comprise utility-scale, commercial, residential and concentrated solar, with a small percentage from hydroelectric sources under the projected energy mixes.

According to Jacobson’s figures — which were first published in a paper last year — wind and solar could meet all of Indiana’s and Illinois’ energy needs; 99.9 percent of Ohio’s; 99.8 percent of Iowa’s; 99 percent of Wisconsin’s; 98.3 percent of Michigan’s; and 96.4 percent of Minnesota’s.

The projections apply to all energy sectors — not just electric — to include transportation and heating and cooling. Additionally, each of those states’ power demand would decrease on average about 35 percent, according to Jacobson.

“The idea is to electrify everything,” Jacobson said on a conference call last month. For Michigan alone, “the benefit of all this is we calculate it would create about 50,000 net jobs, eliminate 1,700 air pollution deaths and about $1,300 per person, per year in health costs.”

Electric prices would also level off at about 11.4 cents per kilowatt-hour, Jacobson said.

While there is wide agreement that the technology exists to reach these targets, going this route is difficult by today’s standards given the existing fossil-fuel based economy, utility business models and the lack of political will or urgency to respond to climate change.

In Michigan, for example, lawmakers continue to debate over requiring utilities to add just 1 percent of renewable generation a year. Ohio may continue to freeze its clean energy standards, despite objections from Republican Gov. John Kasich.

Responding to “Keep it in the Ground” protesters in early May, U.S. Secretary of the Interior Sally Jewell told a California newspaper that “to say we could shift to 100 percent renewable energy is naïve.”

Without giving a specific timeframe, Jewell added it would be a “very long time” before the U.S. transitioned entirely from fossil fuels.

While wind and solar are intermittent — an oft-heard criticism of renewable energy — Gomberg said hydro and biomass could be used to dispatch energy when needed.

“And you wouldn’t need much (hydro and biomass) if you had a geographically dispersed wind and solar development,” he said in an email, adding that storage would be “another huge asset.”

Upgraded transmission infrastructure could also move vast amounts of wind energy from Midwest states to the east, though a host of policy and planning barriers currently stand in the way.

“It would take some transmission and distribution system upgrades, but not as much as you might think,” Gomberg said. “Particularly when compared to the investments we are already planning or that we make year over year.”

Nancy Popa, former executive director of renewable energy at Michigan-based Consumers Energy (she retired effective June 1), says there is a “long way to go on the development” of battery technology to reach 100 percent renewables.

“While it is potentially possible to get there, cost is always a consideration. If the battery technology continues to develop and costs came down significantly, there is some possibility that we’ll get there,” Popa said. “The reality is we are going to need baseload generation for the foreseeable future to make sure we can supply intermittent resources.”

To Gomberg, though, “the main barrier is political will and a lack of understanding by the public, decision-makers, etc. of the feasibility and benefits of doing it.”

He added that the cost issue “really depends on how quickly you would need to make the transition,” or “how long a time you can spread the capital investment over and what stranded costs you incur (i.e. fossil fuel plants that you’re not using but still still paying for).”

Jacobson said the intermittency problem could be addressed through a combination of low-tech and existing storage technologies, hydrogen, hydro pumped storage and concentrated solar that can “keep the grid stable 100 percent of the time, every 30 seconds for six years.”

“The bottom line is there really is no barrier to 100 percent reliability of the grid when you electrify all sectors,” Jacobson said. “The problem is utilities trying to prevent the electrification of other sectors. Utilities never want to change. It’s just more of a fear of something not working instead of reality.”

“You’re talking about one-third of all energy used is non-electric generating resources through industry and transportation. Think about the conversion of that,” she said.

Electric vehicles, for example, need about one-quarter to one-fifth the amount of energy to move the car compared to fossil-fuel based vehicles, he said.

“Solar, wind and water not only replace coal and gas for electric vehicle generation, but also the mining, transportation and refining of fuels needed for fossil fuels,” Jacboson said. “That’s a reasonable share of energy.”

George Heartwell, who served as mayor of Grand Rapids, Michigan from 2004 through 2015, set a goal while in office to meet all municipal electric needs with renewables by 2020. He said last month the city is just under 30 percent, with the goal of having two major renewable or efficiency projects included in the capital budget annually.

“From the environmental side, we’re a mid-size city doing our role,” Heartwell said. “But there are also some really key economic advantages. We are a manufacturing city — it is a job-creation opportunity for us in the region.

“Charting a positive energy future for our city and state will make all the difference for improving the health of children and broadening job opportunities. Low-income residents in communities of color should not have to pay for electricity with their health,” she said. “Unfortunately that’s exactly what’s happening in Detroit and communities around the country.”