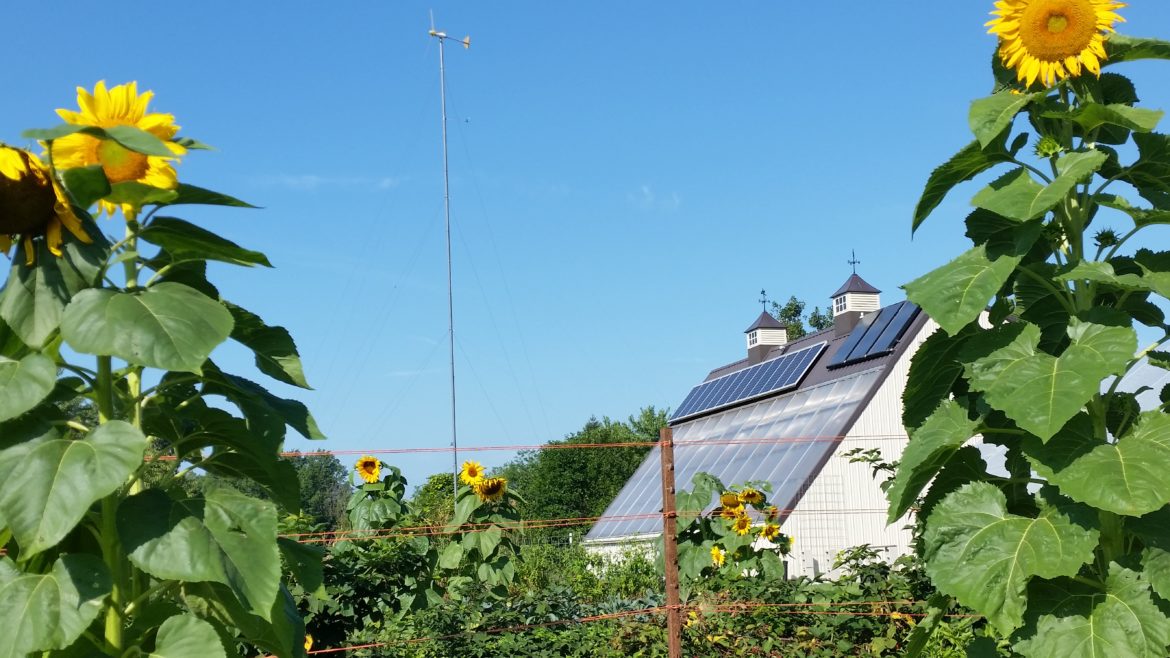 Organizers of an annual clean energy tour in Ohio this weekend are hoping to use the event to persuade state lawmakers of the sector’s economic importance.

The Green Energy Ohio Tour is a free statewide event June 3-5 that gives people a chance to meet and talk with neighbors, business owners and others who live and work with clean energy technologies on a day-to-day basis.

Organizers hope legislators will pay special attention this year before acting on pending bills, such as Senate Bill 320, which could significantly hinder the growth of renewable energy in the state.

“We’ve invited each legislator to go on the tour…to actually see these developments on the ground here in Ohio,” said William Spratley, executive director for Green Energy Ohio. “We think this is a hands-on opportunity to ‘kick the tires’ and see that there are real jobs and there are real solar, wind and other renewable installations all over Ohio.”

Green Energy Ohio is a member of RE-AMP, which publishes Midwest Energy News.

A dozen guided tours are planned across the state, including visits to a solar and battery storage project in Minster and a tour of solar energy sites in Holmes County, which is home to a sizeable percentage of Ohio’s Amish population.

Some of the guided tours require free online registration and offer refreshments to participants. Others are on a drop-in basis.

Green Energy Ohio will also offer dozens of informal open houses for visitors, ranging from private homes to businesses and public facilities, such as the Oberlin Fire Department, Akron Zoo and McKinley Presidential Library and Museum in Canton.

“Our tour is just a slice of what’s out there,” noted Spratley.

Green Energy Ohio’s tours have featured more than 800 sites in 66 counties since they began in 2001. Those numbers do not include many other places with clean energy technology, Spratley added, such as dozens of Walmart and Walgreens stores and other commercial establishments across the state.

“I think seeing is believing,” Spratley said. In his view, growth in clean energy is happening, “and it’s happening very rapidly.”

Extension of a key federal tax credit in December has been very helpful for the industry, Spratley said. Yet much of the industry’s rapid growth in Ohio was spurred by SB 221, which established Ohio’s renewable energy and energy efficiency standards in 2008.

Since then, the price for solar, wind and other types of renewable energy has dropped significantly. A June 2016 report by GTM Research forecast that prices for utility-scale photovoltaics will fall to $1 per watt by 2020.

Similarly, prices for wind energy have fallen more than 60 percent in recent years, according to the American Wind Energy Association. Nationwide, more new wind energy generation was installed last year than any other type of electricity production, the group reported.

Since 2014, however, Ohio’s renewable energy industry has faced significant drawbacks, including a tripling of wind turbine property line setbacks, weakening of the state standards, and a “freeze” on those standards.

“We unleashed the full force of Ohio there for a few years,” with policies to promote growth in the industry, said Spratley. But now, he noted, “we’ve been shackled.”

Most recently, state Sen. Bill Seitz (R-Cincinnati) introduced SB 320, which would further freeze Ohio’s clean energy standards for at least another three years. Without further action by state lawmakers, the standards would resume next year.

Other provisions in SB 320 would curtail customers’ net metering rights by letting utilities pay them less or impose charges. Provisions would also let utilities own and operate solar energy facilities under different rules from those that apply to competitors.

American Electric Power (AEP) has also been pressing for similar restrictions, and Spratley said the industry in Ohio “will certainly push back.”

“The irony of this is we see big corporations everywhere going green,” he added.

Exceptions were worked out to let some wind energy be built for a new Amazon facility, Spratley noted. Yet in his view, the overall effect of recent state action has been “to stymie investment in Ohio.”

“If you’re concerned about growing jobs, this is where it’s at,” Spratley stressed. “Every day we take incentives away from Ohioans, you’re just giving an advantage to the other states around us.”

“There is a huge market in Ohio,” Spratley added. In fact, it’s the seventh largest state by population, he said. “We just need to act like it and hope the statehouse gets the message.”