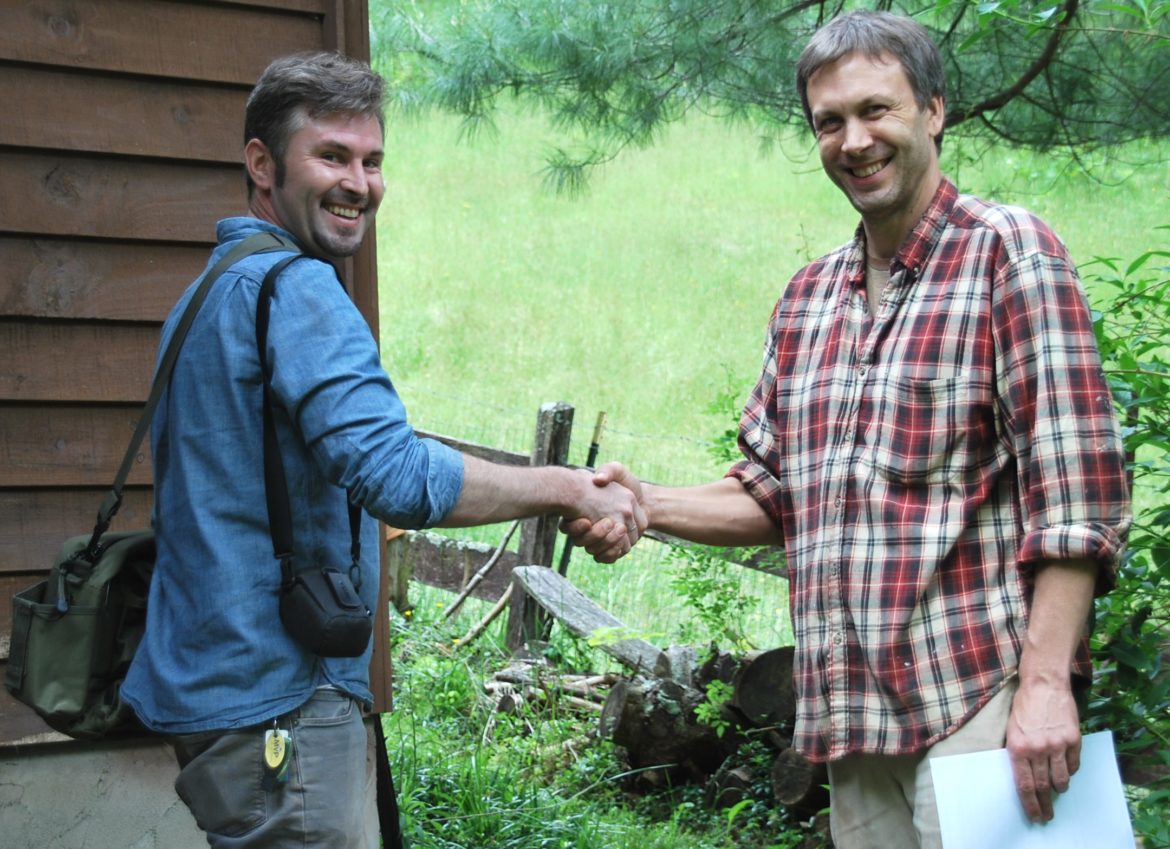 While North Carolina is at odds with the federal government over carbon regulations and other energy issues, a federal loan program is helping rural co-ops in the state make big strides on energy efficiency.

Conserving energy is one method North Carolina’s member-owned electric cooperatives rely on to meet energy needs while lowering costs for themselves and their customers. Thanks to loans and grants from the U.S. Department of Agriculture (USDA), co-ops are expanding their energy efficiency efforts far past handing out new lightbulbs.

This is critical, says Jennifer Weiss of the Southern Alliance for Clean Energy, since “one of the big barriers is the upfront capital costs. Specifically for these co-ops, because they are in rural areas, they’ve found that in lower-income communities the percentage of income going to energy is high.”

“Energy efficiency is low-hanging fruit,” says Lee Ragsdale, Vice President of Asset Management for the N.C. Electric Membership Corporation, the power supplier for most of the state’s member cooperatives. “It’s less expensive than building new generation, and there are additional savings (for co-ops) when you’re using less energy at peak times,” he added.

Co-ops buy much of the electricity they sell wholesale, and they can be charged higher rates during peak times.

Often, co-op programs are funded through loans or grants from the USDA’s Rural Utilities Service, more specifically the Energy Efficiency and Conservation Loan Program. The co-ops use that money to, in turn, create financial incentives to encourage their membership to install energy efficient appliances, as with rebates, or more robust programs that help consumers upgrade their homes.

A March 13, 2015, letter from the N.C. Rural Electrification Authority to Gov. Pat McCrory noted that, in 2014, North Carolina ranked number one for approvals of two types of these federal loans, totaling $108 million.

Both types of financial incentives are offered by co-ops to their members to help cover the costs for energy efficiency upgrades, and both are repaid over time through on-bill repayments. And, ideally, both will help customers see an immediate reduction in their energy bill. But they’re not the same.

A tariff is attached to the house, so when co-ops evaluate a home for an energy efficiency upgrade they take into account the lifespan of the home. Further, renters, not only homeowners, can participate in the program since the outstanding balance can be transferred to the next resident.

Loans stay with the individual, and a person’s credit worthiness is taken into account. When a homeowner sells their home, any outstanding balance on their loan can be included in the financials for the sale.

Durations for both tariffs and loans can extend to ten years.

According to several sources within various co-ops across the state, the average capitol cost for energy efficiency improvements in rural North Carolina is $7,500, though some co-op programs can offer as much as $10,000 in assistance per member.

Roanoke Electric Cooperative received a $6 million USDA loan in November 2014, allowing it to fully launch its Upgrade to Save program.

Marshall Cherry, Roanoke Electric’s Chief Operating Officer, said, “We are seeing some very good results, and I think we can attribute that to the fact that we’re reaching those member-owners who have reached out to us with high-bill inquiries.”

Before Upgrade to Save, Cherry says the co-ops would suggest upgrades but people either couldn’t afford them or didn’t want to take on the debt to install new insulation or air sealing, or to upgrade their heat pumps.

The program is allowing Roanoke Electric to not only suggest improvements during their home energy evaluations but to quickly help members reduce their pull on the system while immediately reducing their monthly bills and, thus, the co-op’s demand for wholesale energy. For them, it’s a win-win.

“We’re seeing a significant impact,” Cherry says. “Upgrade to Save blew through our projections.”

Blue Ridge Electric Membership Corporation, like many energy companies, offers home energy checkups, and even websites – theirs is called “Mountain of Savings” – where consumers can monitor their energy usage. But it’s only recently begun offering a loan program for energy efficiency upgrades on residential homes.

Matt Wasson, Director of Programs for Appalachian Voices, a environmental advocacy non-profit, is the co-op’s first member to successfully complete its Energy Saver Loan program. In a video Blue Ridge EMC shared with Southeast Energy News, Wasson says he was out of town when his home was being weatherized, and the first thing he noticed upon his return is that his radiator wasn’t kicking on as much.

“It took a couple days, but it really registered that this is making a huge difference,” he said.

“This one was unique because it might not actually achieve a large amount of energy savings because they had to install a dehumidifier,” said Jon Jacob, a Consumer Accounting Team Leader at Blue Ridge EMC. But, he added, “Taking care of mold and moisture will create a healthier living environment.”

A 2014 report from the International Energy Agency states energy efficiency programs can provide health benefits at four times the value of upgrade costs. For example, if consumers spend less on energy they can better afford to control temperature and air quality in their homes, allowing for improved health for those suffering from some allergies, cardiovascular and other ailments.

“That wasn’t one of the focuses of this loan program,” says Jacob, “It’s designed to save electricity, but we have come across some other projects like this we’re there are some other ancillary benefits.”