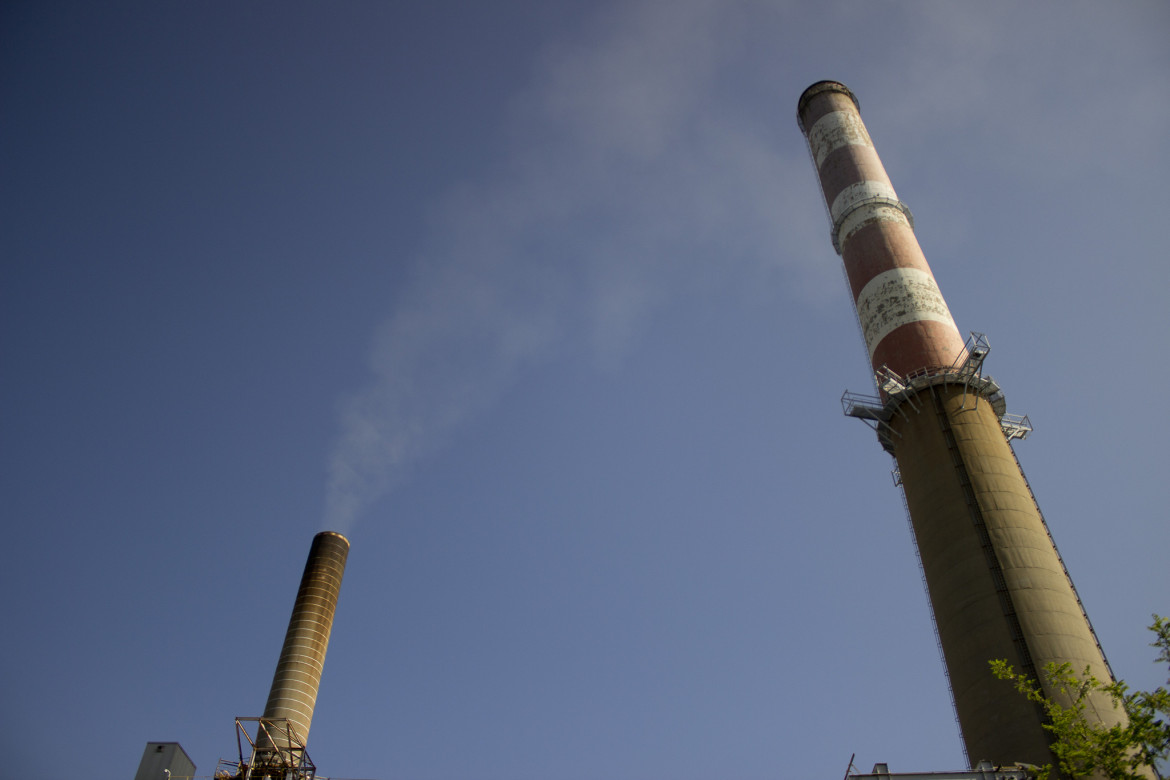 NOTE TO READERS: This story has been updated to remove information provided by a source who had misrepresented his credentials to Midwest Energy News and other organizations.

As coal advocates seek to keep their industry viable amid tighter restrictions on carbon emissions, some say a new spin on a 150-year-old technology might hold the solution.

Doug Gagnon evaluates new technologies for the American Coal Council and also for a company that licenses air pollution control equipment and then provides it to customers. He thinks that a company called Carbon Conversion International (CCI) could have a promising solution, especially after recent tests of a pilot project at an independent power plant in northwest Pennsylvania.

CCI’s technology passes emissions through a non-thermal plasma field to extract carbon dioxide, carbon monoxide, sulfur dioxide and nitrogen oxide. The emissions could come from coal-burning power plants, diesel engines or other fossil fuel-burning operations. What is left of the effluent (or emissions) are harmless elemental gases that can be run back through the engine or generator, boosting its efficiency.

Meanwhile the carbon is concentrated into its nearly elemental form, known as carbon black, which is sold on the market where it is used for tires, rubber, plastics, printing inks and other applications.

Company officials describe the technology as a simple solution that has long been studied and considered possible in theory, but until recently took so much energy that it was not profitable. Typically extracting CO2 or other pollutants would essentially significantly reduce the overall output of the power plant. Generally this “parasitic load” – or energy use for pollution controls as a percent of total energy generation – would be roughly 30 to 50 percent.

Test results from pilot projects have shown CCI’s technology can operate with a parasitic load around just 4-5 percent.

Gagnon said that he is impressed by CCI’s test results and sees the technology as a promising way to reduce carbon emissions from coal plants and also from natural gas plants.

“I have reviewed the test data and the calculations are indeed correct,” said Gagnon, noting that he still plans to review more data himself. “When I look at the people who actually did the [independent testing] work, it is clear that they are highly respected, experienced and very reputable.”

Gagnon noted that amine scrubbers typically used to remove carbon from emissions and other types of pollution control equipment might have a 37 percent parasitic load.

“So, if a 100 MW plant needs to treat 10 percent of its flue gas to bring its carbon dioxide down into compliance, then without even considering debt service, maintenance or manpower costs, the 37 percent parasitic load for the portion of the flue gas being treated will add 3.8 percent to the power costs,” Gagnon explained. Under the new Clean Power Plan, carbon limits could mean a 15 percent increase in the price of power using amine scrubbers, Gagnon said.

Non-thermal plasma refers to a situation where molecules are exposed to large amounts of electricity that puts them in a state similar to when they are heated to very high temperatures. But in the non-thermal version, the molecules are at room temperature.

A 2005 paper published by the U.S. Environmental Protection Agency describes non-thermal plasma and how it has been used to extract pollutants from air streams. It noted that regulations on mercury pollution and on vehicle emissions had sparked renewed interest in the potential of non-thermal plasma.

“Non-thermal plasma has been around a long time,” the paper noted. “It was observed in a laboratory over a hundred and fifty years ago. It enjoyed original success for many years by making ozone from air and water. It was researched to death, but commercially, it remained mainly a laboratory curiosity.”

The key to CCI’s success was developing a process that is economically viable.

In a pilot at the Pennsylvania plant, testing by a third party showed CCI’s technology reduced carbon dioxide emissions by 91 percent, nitrogen oxide emissions by 86 percent, sulfur dioxide by 88 percent, and carbon monoxide by 75 percent, with a parasitic draw of just 3.7 percent.

A previous third-party test in Pennsylvania had shown positive results in reducing emissions and increasing efficiency in a Caterpillar wheel loader of the type used on construction sites. The U.S. EPA has mandated that such equipment reduce their emissions. That test showed the wheel loader had carbon dioxide emissions reductions of 50-100 percent, nitrogen oxide reductions of 79-83 percent and carbon monoxide reductions of 84-92 percent.

The company says that along with construction equipment and power plants, the technology can be used in many other commercial and industrial applications. The technology was also tested at a water treatment facility in Wilmington, Delaware.

Though the technology would still need to be scaled up for large commercial applications, company officials say indications point to an “attractive return on investment compared with other current technologies.”

The CCI team commented on their achievement: “We are extremely excited at the results we have achieved after years of development. This is truly breakthrough technology that will have a positive economic impact on the power generation industry. As we continue to expose the technology to industry experts, it becomes clear that it will be applicable beyond generation in many other current processes and industries.”