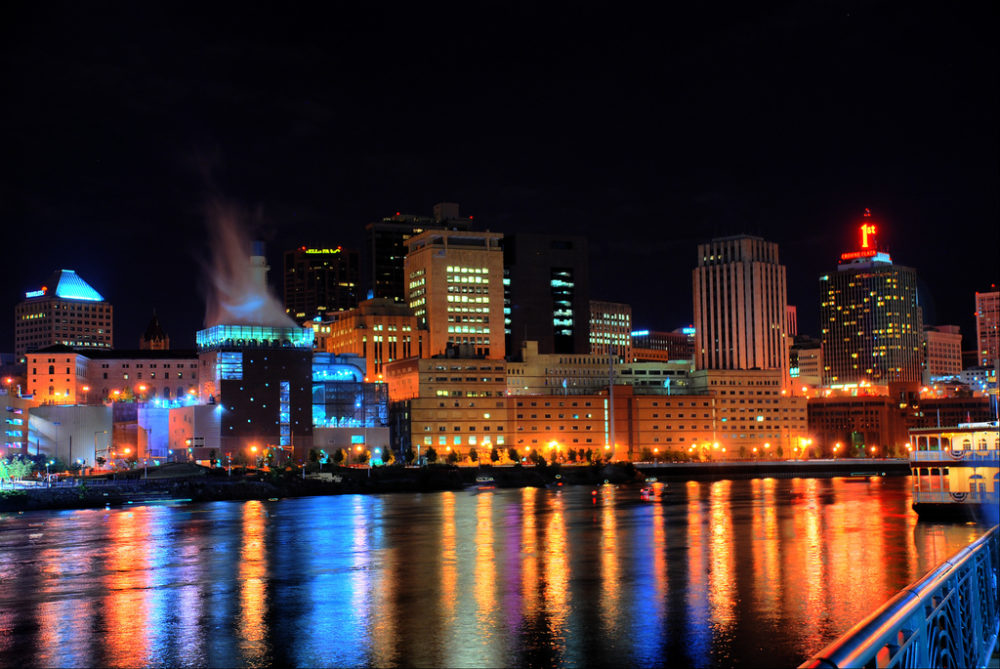 Ken Smith is the president and CEO of District Energy.

For the second time in a little more than a decade St. Paul is hosting an international conference on district energy.

District Energy operates the largest wood-fired combined heat and power plant in the country. Coal, part of its mix, is being phased out in 2020. The company also manages one of the largest thermal solar installations in the country, which warms water and heats a local convention center.

Ken Smith, president and CEO of District Energy, spoke to Midwest Energy News about the state of the industry and what’s next on the horizon.

Smith: In 2005, the last time St. Paul hosted it, there were 300 people. Now more than 1,000 are confirmed. We have people coming from 17 or 18 countries, so this conference may be the largest one to date. You’re seeing district energy growing all over – in the Middle East, Asia, Europe, China, South Korea, Qatar.

What is district energy?

Is district energy popular in the Twin Cities and the Midwest?

I get how warming buildings work, and why it would be popular in cold weather states. But how does cooling work?

By interconnecting buildings all together building owners can use less equipment to meet energy needs and require less input energy to meet the needs of all those buildings. You can better manage heating and cooling peaks. You  also don’t need build in redundancy, like having an extra boiler if one goes down.

How much does district energy save?

There are a variety of metrics. What we’ve seen is buildings save 20 percent on average. We have been adding buildings in St. Paul every year and our energy use has gone up incrementally, or stayed relatively flat because you have efficiencies in the buildings the system serves.

Can you use single family homes?

You have been an advocate of district energy as we begin to rebuild infrastructure. Can you talk about that idea?

Our water and storm sewer systems in many communities are more than 100 years old, and that’s going to have to be renewed. It’s not a question if it’s going to be renewed, it’s a matter of when it has to be renewed. And climate change only makes it worse. As that infrastructure is being renewed you can think about what other improvements you need in a community – a better electrical grid, a district energy system and a two-way communication system connecting all those infrastructure improvements.

You mainly use biomass in St. Paul for energy. Others use coal or natural gas or garbage for generation. What other sources are there?

Where there is wasted heat there are potential district energy heating sources. Rice Creek Commons (a new development north of St. Paul) has identified a nearby water filtration plant as a thermal heat source for district energy. Prospect Park in Minneapolis is considering using the waste heat from wastewater sewer pipes.

You can look at where you have latent sources of heat, like sewage pipes or an industrial plant. If you have an industry of some sort, like a data center, which has excess thermal energy,  you could use it to heat other nearby buildings in a district energy system.

How do you see district energy’s role in combating global warming?

It’s going to be very important as you’re driving down carbon. Buildings consume 40 percent of our primary energy in the United States. That’s an enormous amount of energy, and most of that is for heating and cooling. If you can use low grade temperature sources, such as wasted thermal energy, you can drive down energy costs and carbon pollution. One way to get to net zero is to reuse wasted energy from buildings.

Does district energy have a role in the emerging field of resiliency?

There’s been a growth of district energy and microgrids, particularly on the East Coast, where Hurricane Sandy has been a driver. The only places with the lights on during Hurricane Sandy were areas with microgrids. It allows the grid to bend, not break, in a time of natural disaster or power outage.

So small is beautiful?

Cities are talking about going back to municipal energy and using smaller, adaptable, localized systems. And this isn’t just about the North American market. You’re seeing this globally. I went with a University of Minnesota contingent to India in January to speak with a number of mayors, and community leaders who are trying to make their energy systems more sustainable – smarter, cleaner and so forth.

The next frontier is going to be integration of infrastructure services and more holistic thinking. We have an electrical grid that can use wind, solar, coal, nuclear or natural gas, a variety of energy sources to deliver electricity to the built environment. District energy can use a variety of sources to deliver thermal energy and be part of that mix. There’s no one thing, no one energy source, that will solve everything for us.