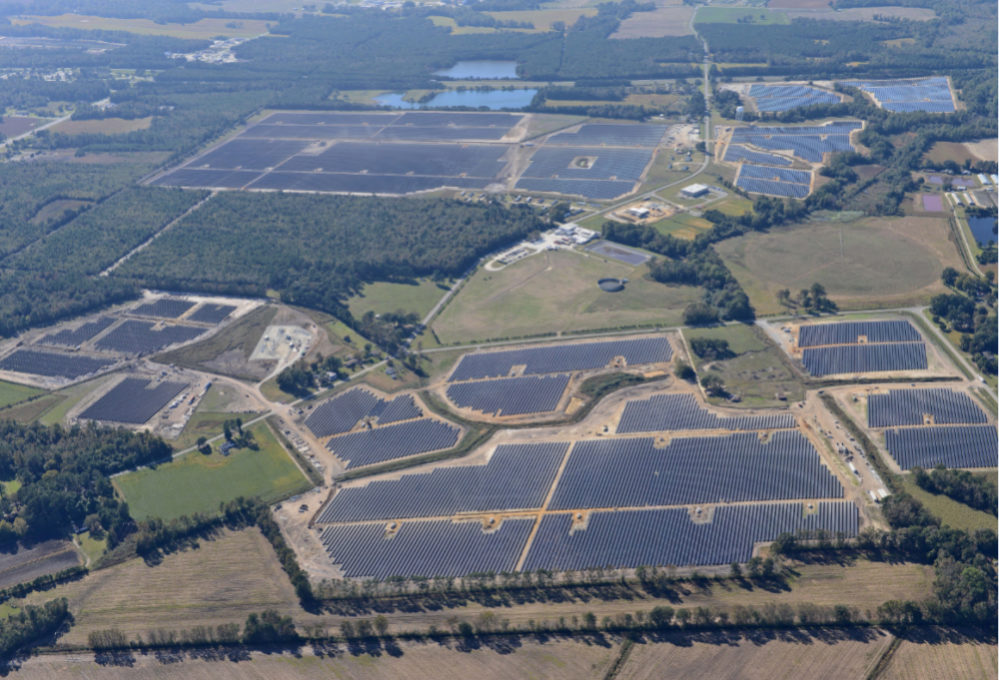 While North Carolina’s largest utility says solar development might be peaking in the state, advocates note that there is still plenty of room for growth.

Duke Energy is a big part of that growth, with more than 400 megawatts of capacity from 35 solar farms in the state, with two more installations recently approved by state regulators. The market’s expansion also means big business for the 213 solar companies that employ nearly 6,000 people in North Carolina.

But despite the solar industry’s success in North Carolina, there are hints that the market’s growth could soon stall. For example, in June, the Raleigh News & Observer reported that the state might be facing “peak load” for solar, with Duke citing limitations on rural substations and suitable sites.

However, Stephen Smith, executive director of the Southeast Alliance for Clean Energy, thinks it’s too early to sound the alarm in North Carolina.

“We do not have enough information to my knowledge to know if there is a real problem or not. There is some element of truth to what [Duke] are saying, but they need to bring a lot more data forward so that we can really analyze that situation.”

Randy Wheeless, a communications manager for Duke Energy, says that the company doesn’t have a hard number on how many of its roughly 1,500 rural substations are, or are becoming, problematic for solar energy production.

“We have probably a dozen, maybe more,” he says, adding that each new solar project requires individual analysis and that grid upgrades can run from a few thousand dollars to a few hundred thousand dollars each.

“This is an engineering challenge,” Smith continued. “Duke Energy can modify many of those circuits with relatively minor engineering modifications that may cost them money, but they are not extraordinary expenses.”

Regarding available sites for solar installation, Smith says, “To be technically accurate, yes, at some theoretical point in the future there may be some land availability issues, but I don’t think we’re anywhere close to that.”

The vast majority of North Carolina’s solar growth has been utility-scale arrays, and advocates note that conditions are not so ripe for homeowners who want to install their own panels.

“The legislature in North Carolina is pretty tough these days,” said Sean Gallagher, vice president of state affairs for the Solar Energy Industries Association, based in Washington, D.C. “Distributed solar is having a tougher time making the economics work this year, primarily because of the lapse of the state’s (solar) tax credit.”

In addition to letting the tax credit expire, the state bans third-party sales; subsidy rates currently offered to solar developers are negligible; and there is pending legislation that, if passed, would require 1.5 mile setbacks for new installations, eliminating many formerly suitable sites.

“North Carolina has been a great market for utility-scale solar and much less so for distributed solar,” Gallagher says, adding, “Utilities are beginning to see rooftop solar as a threat, so they’re beginning to articulate reasons for why it should be avoided.”

Wheeless says Duke Energy recently completed expansions at four large solar facilities in eastern North Carolina, costing a total of $500 million. And new installations continue to pop up, like the just-completed Elm City solar farm and two new installations in Union and Davie Counties which should be online by the end of the year. Capacity of those three projects range from 15.4 megawatts to 60 megawatts.

Duke-owned solar installations range from one megawatt to 80 megawatts, and, says Wheeless, “we purchase another 1,200 megawatts from other companies as well.”

In 2007, North Carolina became the first state in the Southeast to implement a Renewable Energy and Energy Efficiency Portfolio Standard. The standard requires investor-owned electric utilities to meet 12.5 percent of their retail electricity sales via renewable energy or efficiency measures by 2021.

Despite the challenges faced by industry, Wheeless predicts, “Solar will continue to grow in the state. North Carolina has a great story to tell about renewable energy – we’re number one east of the Rockies.”