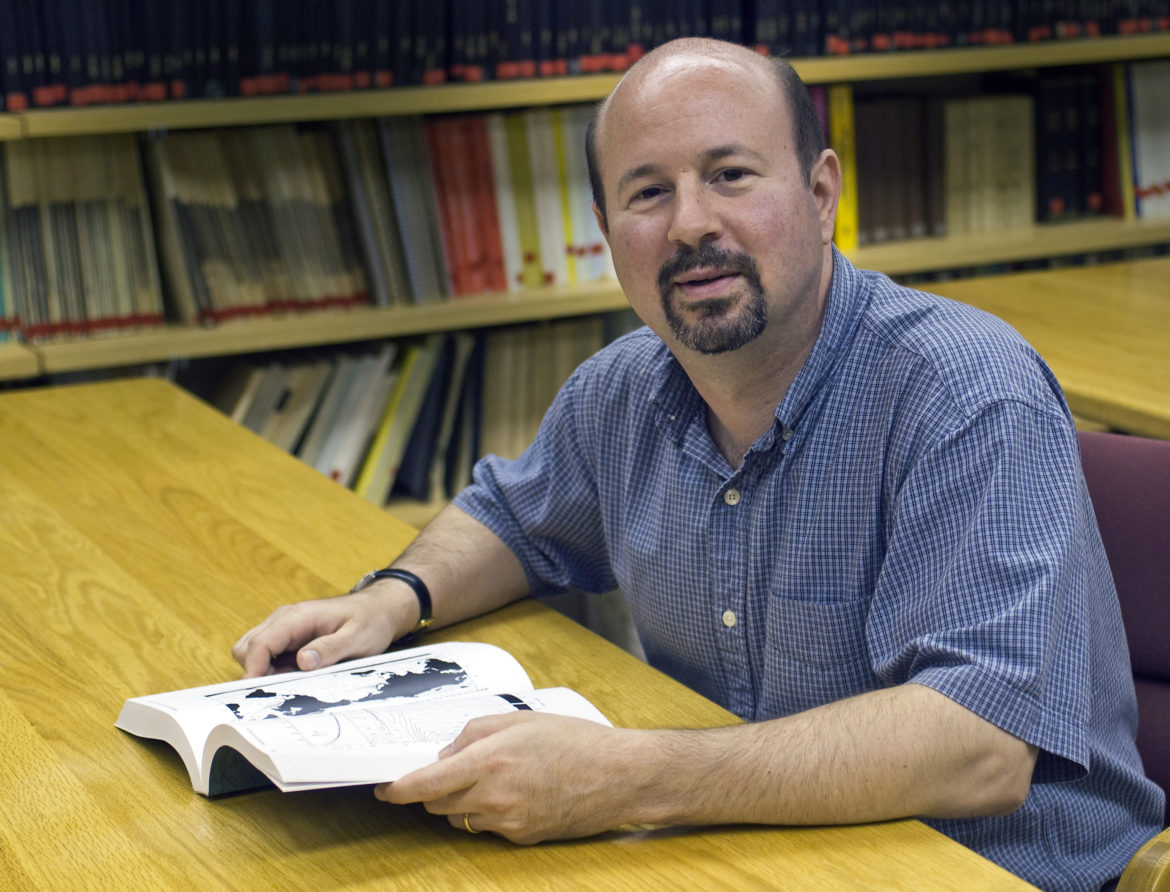 Climate scientist Michael Mann is author of the forthcoming book, “The Madhouse Effect: How Climate Change Denial Is Threatening Our Planet, Destroying Our Politics, and Driving Us Crazy.”

Mann, director of the Earth System Science Center at Penn State University, continues to build on his work as a climate educator and will have his third book published in September. His latest — “The Madhouse Effect: How climate change denial is threatening our planet, destroying our politics, and driving us crazy” — is a satire illustrated by the Washington Post’s Pulitzer Prize-winning cartoonist Tom Toles.

Some of Mann’s work on climate science is dire but, at root, he is optimistic. There is still time to stave off the worst effects of climate change, he says.

Mann says his forthcoming book tour will likely include some Midwest stops. He spoke with Midwest Energy News recently to discuss climate change politics and policy in the Midwest and globally. The interview has been edited for clarity.

Midwest Energy News: Are you seeing greater political support for climate change action nationally and particularly in the Midwest?

Mann: Yeah, I think we are seeing that. I have probably given half a dozen lectures over the past two or three years in Indiana, Ohio, Wisconsin, Iowa and Illinois. The concern and awareness that I sense has grown across the country is very much present in the Midwest.

I remember in particular a speaking engagement at the University of Dayton in Ohio, where I was just very impressed at how engaged the students were. The younger generation really appears to get it.

Yet some states are still pursuing energy policies that critics say stifle clean-energy growth. An example of that is in Wisconsin, under Gov. Scott Walker.

He was literally just executing the playbook of ALEC (American Legislative Exchange Council). Scott Walker, as we know, is a loyal foot soldier for the Koch brothers and for ALEC, so he was implementing this nationwide plan supported by the Koch brothers and dark money. It advances the interests of its principal supporters — the Koch brothers, fossil fuel interests and other corporate interests — by passing state-level legislation that dis-incentivizes clean, renewable energy.

Those efforts are doomed to failure. You can’t stop progress. But what they are doing is holding it back, at great cost. Because the longer it takes us to bring down our carbon emissions, the more we commit to the worst impacts of climate change. Nowhere, in my view, have we seen that play out more prominently than in Wisconsin. Wisconsin is almost an experiment in what happens when you allow the Koch brothers to take over a state.

On the flip side, are you also seeing encouraging developments in the region, whether it’s in academia, industry or activism?

I think so. I think the Midwest plays a very important role in setting the tone for the rest of the country and we do look to the Midwest for direction. I think it is the case that as goes the Midwest, so will go the country.

There is a lot of open land that is available for deploying wind and solar energy technology, so there is great potential in the Midwest.

Yet some argue that the damage has been done and that the primary climate solution is adaptation — investing in public health and flood-mitigation infrastructure, for example — to limit the damage. Do you agree?

Right, but my sense is that some researchers stress human adaptation over mitigation.

Got it. I don’t actually think the science supports such a strong position. There is still time for mitigation by incentivizing a shift away from fossil fuel and carbon emissions. We can still prevent the worst impacts of climate change.

So in that sense, it is not either/or. We will need to adapt to changes that are inevitable, and mitigate against those that are not.

‘When you see the hypocrisy of politicians who know better … that has to be called out.’

In what ways are you seeing the marketplace react to the reality of climate change?

And also for Midwestern companies like General Motors, Best Buy and Cargill, all of which signed onto the White House’s American Business Act on Climate Change Pledge in 2015?

Right. You do see companies signing onto some pretty strong affirmative statements about climate change and acting to reduce carbon emissions.

If sea levels rise at the catastrophic levels you fear they might, it seems as though inland cities like Minneapolis, Detroit and Chicago might one day be inundated with climate refugees from U.S. coasts. Is that just paranoid fantasy?

Not at all. Not at all! This is one of the wildcards.

Why is the national security community and the military so worried about climate change? Because they are watching what has played out in the Middle East over the last few years.

We had an epic drought in Syria that led to instability. It forced rural farmers to give up on farming and move into the cities. We had increased competition for resources among a larger, denser population. That led to the Syrian Civil War and the exodus from Syria. Growing European nationalism in turn resulted from an influx of migrants, impacted by climate change, fleeing Syria and the Middle East.

I am not so happy I asked.

[Laughs] All of this is contingent on the assumption that we don’t get our house in order. But I think we will. The good news is that there is still time.

Your new book lampoons the use of media manipulation and hyper-partisanship to deflect action away from a climate-change course correction. Why did you choose satire to make that point?

When you see the hypocrisy of politicians who know better — but who nonetheless deny that climate change is real and knowingly subject people to huge potential costs and damages by refusing to act — that has to be called out.

Satire is an effective way to do that. We need look no further than Stephen Colbert or John Oliver — or the cartoons that Tom Toles does everyday for the Washington Post — to understand the effectiveness of satire and humor to convey difficult truths. That’s what we are trying to do here.

The stakes couldn’t be greater.