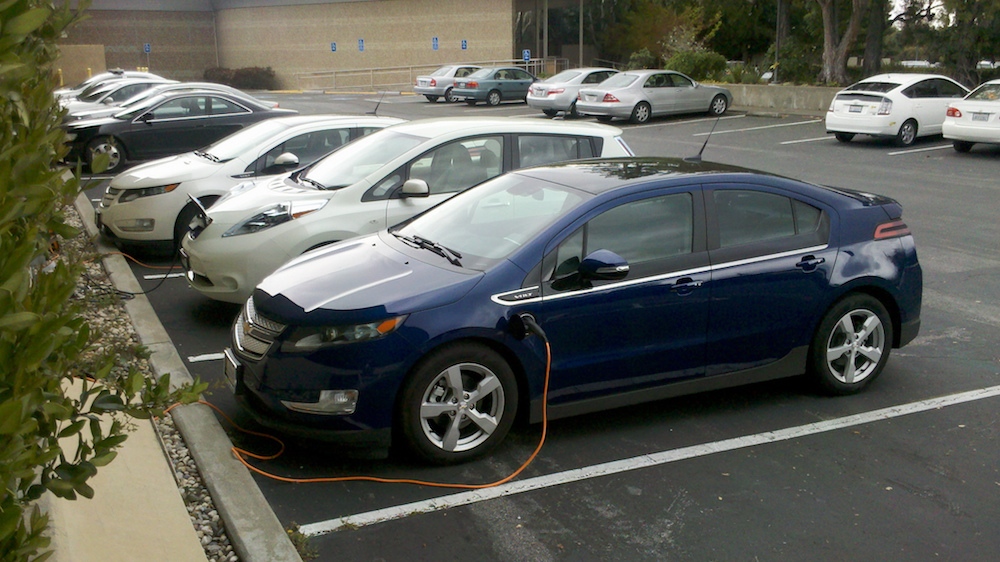 The Big Three automakers and the U.S. Department of Energy are banking on Illinois startup company SiNode Systems to help them develop the light, energy-dense batteries needed to accelerate the spread of electric vehicles, increasing the distance electric vehicles can drive between charges and making the technology more affordable.

In June, SiNode Systems was awarded a $4 million grant to work on prototypes of better batteries with the DOE and Ford, General Motors and Fiat Chrysler Alliance as part of the U.S. Advanced Battery Consortium (USABC), a subsidiary of the U.S. Council for Automotive Research.

The work will stretch over 30 months, building on technology that SiNode’s founders patented while at Northwestern University and continued developing with SiNode, which is based at the Illinois Institute of Technology’s University Technology Park.

The technology — anode materials for lithium ion batteries — can also be used in smartphones, tablets and other consumer electronics. In 2013, SiNode won the grand prize at the prestigious Rice Business Plan Challenge in Texas, an honor including different awards totaling almost $1 million. In 2012, SiNode Systems was a finalist in the Clean Energy Challenge hosted by the Clean Energy Trust in Chicago.

Last year, SiNode co-founder and CEO Samir Mayekar was named one of Midwest Energy News’ “40 under 40.”

Mayekar talked recently with Midwest Energy News about the grant and the future of electric vehicle batteries.

Would the technology you are developing be relevant to other energy applications, like storage for solar panels or on the grid?

It will. The focus of this award is automotive, however the work we’re doing to meet the automotive specifications will be relevant to consumer electronics. The grid is one step beyond automotive. In terms of the difference, we provide the most value to customers where size and weight are the preliminary value drivers.

If you have something mobile — whether it’s a drone or smart phone or tablet or car — mobility is key in those applications. When you’re talking about the grid, it’s all about cost. The size of the battery isn’t a primary factor so this market will be a longer term focus after we enter the vehicle market.

Does your technology figure into the ability to use electric vehicles as storage on the grid?

That’s a really interesting application of technology — the notion you would connect your car in the garage and use it for storage and demand response. I can see that happening, but first we need to get EVs to be widely adopted, then this could become a bigger trend.

What is the key to your technology and how does it differ from traditional batteries?

The lithium-ion battery technology invented 25 years ago uses graphite anodes. Our technology replaces that graphite with a composite of silicon and graphene that stores more lithium per unit than graphite. This enables us to increase the capacity of the battery, because it’s a better sponge for the lithium.

How much extra distance per charge could electric vehicles gain thanks to your technology?

The first-generation deployment of our technology enables up to a 40 percent increase in range, depending on battery configuration. As you migrate to generations two and three, the capacity bump is highly impacted by the battery ecosystem.

We provide one component, which is the anode. When the market sees improvements in cathode technology and anode technology together in the battery, you can get close to a 100 percent increase in range. But improvements to the cathode alone can’t achieve such dramatic spikes in energy density.

What projects might SiNode undertake when this contract is done?

The automotive market works through longer-term contracts, and we started this company to get into the EV space in the long run. But we’ll see the initial launch of our company in consumer electronics and that will pave the way for future markets like EV batteries.

How much do you expect the EV market to grow?

People have divided opinions about this. I do think we’re at a very different place than we were five or 10 years ago. Countries like Germany are trying to outlaw fuel-burning vehicles by 2030. The Chinese government is taking big steps to promote electrification. Norway is moving to outlaw fuel-burning vehicles by 2025. Volkswagen announced a significant commitment for its fleet. You’re seeing much more traction than 10 years ago.

I’m not going to try to predict the future. But if our technology does what it’s supposed to do, we could see big changes. Industry experts are cautious but much more optimistic than they were five years ago.

What does the DOE/Big Three contract and SiNode’s other accomplishments mean to your personal professional trajectory and goals?

I have one personal goal: to bring SiNode technology to the world in the quickest and most efficient way possible. One thing that’s been amazing about this job is seeing how the market has truly evolved. We started this company four years ago. Since then the consumer electronics market, the auto market, the battery market have changed tremendously. You’ve seen Tesla going from a couple thousand orders to building the biggest battery factory in the world in Nevada.

For me personally, we’re based in the Midwest, but 90 percent of our customers are in Japan and Korea, so our local innovations here in the Midwest have global traction.

How could the growth of the electric vehicle industry and innovations in batteries affect jobs and the economy in the Midwest?

If the electric vehicle revolution does take off, you have a whole supply chain and entire industries that will be disrupted. That will mean a lot of different things to a lot of different people. There are many companies manufacturing powertrains that would be out of business if EVs become the norm. Therefore you’re seeing a lot of action, like the German company Bosch acquiring [Silicon Valley startup battery-maker] Seeo.

You’re seeing big moves because there’s a lot to lose when an entire industry changes. With the legacy battery industry, cells are made largely in Japan, Korea and China. But production will increasingly move to the U.S. because it’s expensive to be building EV batteries in China and shipping them to the US assembly plants. So you could imagine a manufacturing renaissance if EVs become a [widespread] reality. Smart phones are assembled in China, but you can put those on a plane and fly them here. With EVs, that whole supply chain could change. I always get excited thinking about how the Midwest and Chicago are positioned well because we are a hub of battery innovation.