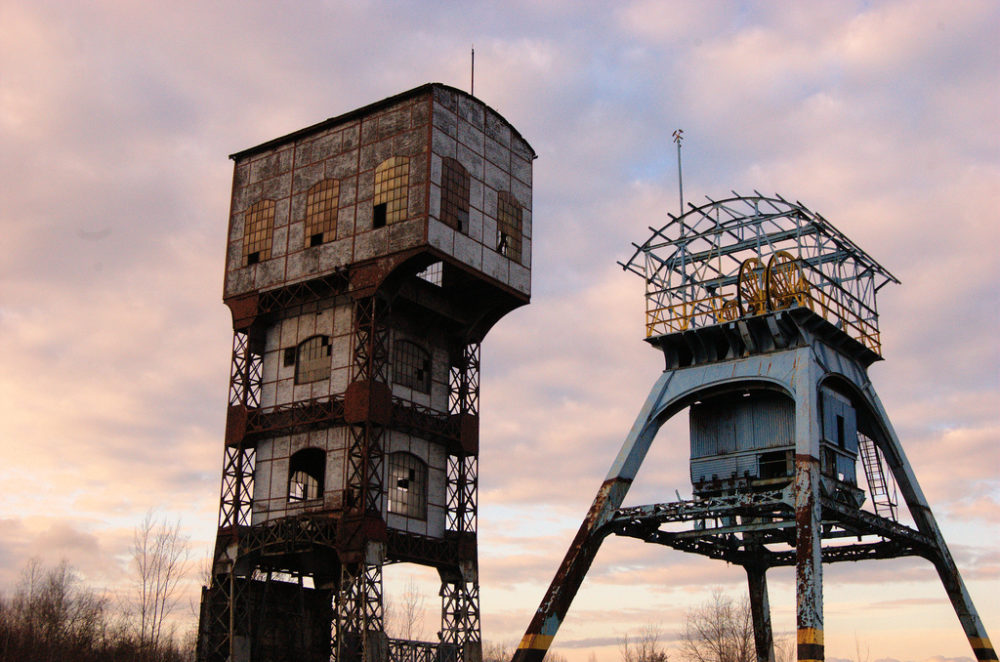 Editor’s note: This is Part One of a series on climate and energy issues in Germany and Poland that could help inform policy discussions in Ohio and other parts of the United States. Kathiann M. Kowalski’s recent research trip to Germany and Poland was made possible by a Transatlantic Media Fellowship from the Heinrich Böll Foundation.

As it is in Ohio and elsewhere in the United States, the coal industry in Poland is declining amid economic and environmental pressures. And the industry’s political and cultural importance is prompting calls for government action to save it.

However, experts in industry and environmental groups say that won’t be enough, and the situation can provide insight into challenges faced by the coal industry in Ohio and other Midwest states.

At least 80 percent of Poland’s electricity comes from coal, and the current prime minister, Beata Szydlo, grew up as the daughter of a coal miner.

“You could fix Polish production if it was cheap and profitable — but it isn’t,” said Aleksander Sniegocki of WiseEuropa. That independent think tank in Warsaw analyzes economic, energy and foreign policy issues.

Poland’s attachment to coal has roots in the country’s history and culture, said Ewa Sufin-Jacquemart, director of the Green Zone Foundation in Warsaw.

Coal-rich lands in Silesia had been part of the Polish state in the Middle Ages. That southeastern region of Poland was then split from the country for hundreds of years until after World War I. Between the two world wars, the coal industry helped drive Poland’s economic development.

During the Communist era after World War II, miners and the mining industry remained influential. “When the mine was stopped, the economy was stopped,” observed Sufin-Jacquemart.

The Solidarity movement that eventually led to the end of Soviet control grew out of the labor movement, she added. Coal is “one of the last sectors where you still have strong, well-organized trade unions” in Poland, she said.

Poland’s current leadership now promotes coal as a path to continuing independence from outside influence.

“Coal is presented as our national good that gives us independence from Russia,” Sufin-Jacquemart said.

So far, most of the country’s natural gas has come from Russia, and there have been disputes over the price and reliability of the supply, as well as pipeline routes.

Poland has also had a rocky history with its neighbor Germany to the west, and memories of the destruction and murders that took place during World War II remain very much alive in the country’s culture.

Today both Germany and Poland are fellow members of the European Union. Yet economic tensions continue. Much of Germany’s surplus electricity has found its way into the Polish market, further bolstering talk about a need for energy independence, Sufin-Jacquemart said. “People love freedom and autonomy.”

Despite Poland’s strong tradition of coal power, employment in the industry has been declining for decades. Although approximately 100,000 people currently work in the coal industry, the number had been four times higher in 1989.

“We lost already 300,000 jobs in the mining sector,” said Sufin-Jacquemart.

By comparison, the latest available figures from the Energy Information Administration show that the U.S. had a total of about 75,000 coal mining jobs in 2014, of which about 3,000 were in Ohio. The total figure reflected a drop of almost 7 percent from 2013. Earlier this year, CNN reported, the number was down to 57,000.

Basically, the price of coal in the current world market is too low to cover the costs of production. Exports from Australia, China, Indonesia, the United States and other countries push that price down.

Coal from both Germany and Russia also competes with that mined in Poland. With Germany cutting back on its greenhouse gas emissions, producers there will likely look to export more.

So, while some Polish mines are exceptions, most of the industry is not profitable right now.

“We have to cut costs,” Sniegocki explained. “And the basic problem is [that] it’s not about inefficiencies with management or materials, but with the usage of labor. It’s about labor intensity.”

“So you can’t fix the problem of coal mining reform without cutting a lot of miners or slashing their wages,” Sniegocki concluded. And now the country is having “a major crisis in coal mining, which is very politically sensitive.”

To complicate matters more, Poland’s government has an ownership interest in both coal and electric utility companies. As critics see it, that gives the government a vested interest in seeing those businesses continue to operate, even with heavy subsidies.

“The government is, in a way, a hostage of the state-owned companies, of coal,” observed Beata Wiszniewska. She heads PIGEOR, which is the Polish Economic Chamber of Renewable and Distributed Energy.

Data from the Organization for Economic Cooperation and Development show that the Polish government supported its coal industry with more than $840 million in tax expenditures and budgetary support in 2011. Consumer and producer subsidies would make the number higher.

Societal externalities raise the costs of Poland’s coal even more. Coal-fired boilers give off greenhouse gases, which contribute to global warming. Also, approximately 45,000 people in Poland die each year from air pollution, added Sufin-Jacquemart. In her view, coal is a major culprit, especially the brown coal lignite used in much of the country. “Energetically, it’s poor, and it’s terrible for health,” she said.

‘Alternatives for the future’

Poland has a “strong attachment to coal,” agreed Joanna Mackowiak Pandera, director of the Forum for Energy Analysis in Warsaw and also an analyst for Agora Energiewende. “The culture impacts very much the thinking about the problem.”

Yet even with subsidies, Poland’s power sector lost more than 2 billion Polish zloty — about $500 million — in 2014. Coal mining industry debts totaled more than EUR 3 billion at the end of October 2015.

A 2016 report by the Forum for Energy Analysis shows that resources from existing lignite mines will be significantly depleted within 20 years. However, some communities near potential sites are resisting the opening of new mines.

Hard coal production and stockpiles have also shown an overall decline in recent years, the report shows. And because remaining resources are at greater depths, costs for extracting them will be even greater than current coal mining costs.

The country is already facing problems with reliability of its energy supply, Pandera added. For some periods during August 2015, for example, industrial customers had to curtail electricity consumption during the day, in order to avoid blackouts and other supply problems.

The Polish Ministry of Energy declined to provide either an interview or written comments for this article.

Parallels in the U.S.

As in Poland, a majority of Ohio’s electricity comes from coal power. Ohio was the tenth largest coal-producing state and the fourth largest coal-consuming state last year. In 2015, coal-fired power plants produced 59 percent of Ohio’s energy. Although coal still accounts for a majority of the state’s electricity generation mix, the share is down from almost 86 percent in 2006.

Over that same time span, Ohio’s share of electricity from natural gas grew from less than 2 percent to 23 percent.

Nationwide, the United States’ production in 2015 of 900 million short tons of coal represented a 30-year low and was a 10 percent drop from 2014, the Energy Information Association reported. Meanwhile, multiple large coal companies have filed for bankruptcy protection, including Arch Coal, Peabody Coal and Patriot Coal.

Some sources in the U.S. coal industry blame stricter federal regulations for crippling its competitiveness.

As a separate matter, however, coal-fired power plants in the United States are older, on average, than competing forms of electricity generation.

Meanwhile, the low world market prices that affect the competitiveness of Poland’s coal also impact that of coal from the U.S.

“You have solid economic reasons” to move away from coal in Poland’s energy mix, Pandera said.

“We have to speak about alternatives for the future,” she added.

Part Two of this series will compare challenges and roadblocks to Poland’s renewable energy industry with the current situation in Ohio.