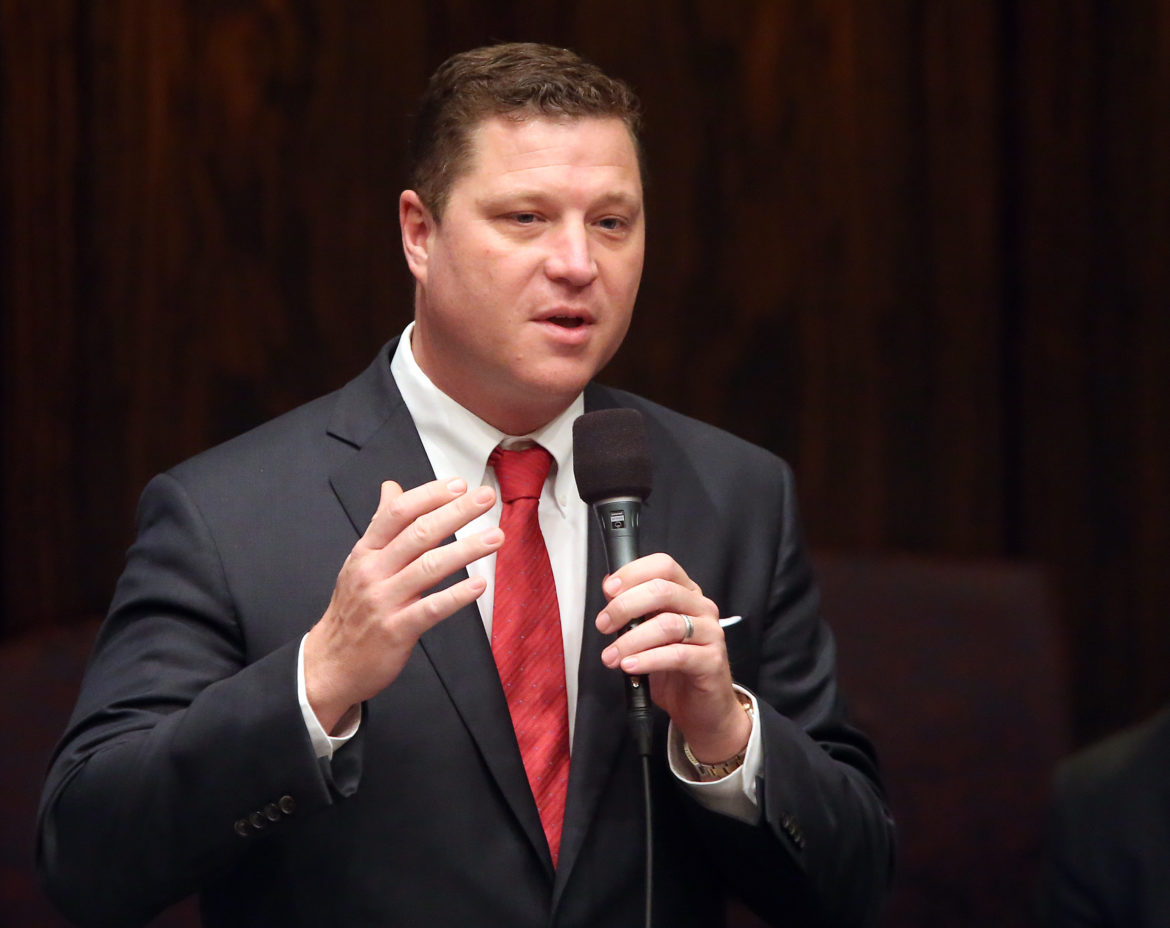 Jeff Brandes, a 40-year-old Florida Republican state senator, thinks he has figured out how to expand solar in the Sunshine State without subsidies.

His plan? Eliminate the ad valorem, or value added, tax on all new commercial renewable energy for the next twenty years – a break that residential installations already enjoy.

This August, residents of Florida will be asked to vote on Amendment Four, which Brandes first filed in 2015, to eliminate the tax. The bill has unanimous bipartisan support, and stems from a growing coalition of conservatives and progressives trying to push forward solar in the state, both through tax cuts and potentially by allowing solar producers, not just utilities, to sell directly to consumers.

Brandes wants Florida to be one of the nation’s innovators in solar power and transportation (he’s chair of the Senate Committee on Transportation, and a champion of autonomous, self-driving vehicles). A former army veteran who served in Iraq during Operation Iraqi Freedom, and joined the family lumber business in 2006, Brandes was elected to the Florida House of Representatives in 2010, and the Senate in 2012 and 2014.

Southeast Energy News asked Sen. Brandes to fill us in on the details of his bill and his vision for Florida renewable energy.

Southeast Energy News: Florida ranks about nineteen or twenty for solar power capacity, according to recent reports. Yet Florida is the third most populous state in the country and, as you’ve said, is known worldwide as the Sunshine State. What do you think has caused it to lag behind?

Brandes: Several things. First, power is relatively inexpensive here and that’s long been a challenge for Florida compared to other states. Take Hawaii, for example, which has to import all of its [fuel]. That’s expensive, so solar is more attractive there.

In Florida, about a third of energy dollars are spent on air conditioning, and the state has already made a large investment in nuclear, coal and natural gas. The latter makes up around 70 percent of power generation here and natural gas prices have fallen dramatically in recent years. So the cost payback for investing in solar has not been here historically.

But more recently, the lines of cost and investment began to cross much earlier, and solar is looking very attractive, since the price of panels has dropped by 80 percent in the last decade.

Secondly, when I first got into the legislature six years ago, solar power was supported by subsidies that had to be reviewed and renewed annually. Since our budget is set every year, solar subsidies are a challenge to pass on an annual basis. People used to call me and say, “I want my money from the solar subsidy program,” and it would turn out that the program they were speaking of was from a few years prior. Subsidies were not continually funded. Direct subsidies can be a challenge because they create a kind of bait-and-switch situation.

So you took an entirely different approach?

Right. I said, Why are we taxing this? We discovered that although residential solar is exempt from the ad valorem tax — the value added tax that comes with improvements to property — commercial solar is not. And yet, we see the future of solar in the state as mostly commercial solar, with residences either leasing the panels or buying the energy from a solar farm. Leasing, as in the Solar City business model, is very popular. People don’t want a huge capital cost upfront, nor do they want to maintain the panels.

So we want to incentivize energy production with a tax break. That’s the secret sauce in our successful approach. We’re asking the legislature to exempt personal property tax for all renewable energy for the next twenty years, whether buying or leasing the panels. We have unanimous bipartisan support for this amendment, which I first drafted in January of 2015. It’s one of those issues where we can get conservatives and progressives to agree.

Amendment 4 has strong support from statewide business associations, environmental groups, faith based organizations, and many others. I’ve often referred to this bipartisan issue as bringing the Baptists and the Bootleggers together under one umbrella to expand solar access in Florida.

Renewable energy can sometimes be a hard sell with conservatives. How did you convince your colleagues this was a good idea?

Imagine groups of forty, fifty or a hundred homes, all powered by one or two forty-foot containers full of batteries. The batteries are powered by cheap natural gas power in the middle of the night, and by sunshine during the day. When I explain it in that fashion, my colleagues understand. As I mentioned, the legislature should have authority to offer a tax break on all types of renewable energy—whatever the future holds in the next two decades.

How much support is there for the amendment among voters?

Sixty-eight percent of Floridians support it, according to a statewide poll by Saint Leo University’s Polling Institute, which contacted 500 residents using an online survey instrument between June 10 and June 15.

What are the potential fiscal benefits to the state of a major expansion of solar energy?

The National Renewable Energy Laboratory’s (NREL) Jobs and Economic Development Impact Model (JEDI) came up with some potential numbers last year. A Florida scenario that assumes 1000 MW of distributed solar deployed over 10 years (2017-2026) would generate new jobs worth $800 million in salary, wages and benefits, and $2.3 billion in new economic activity.

Personally, I think where it will get really interesting is if you turn, say, fifty acres into a solar farm. Now you have to install fifty acres of panels that might cost you $30 million. And you are exempt from ad valorem taxation for twenty years, starting in 2018. That’s a substantial incentive.