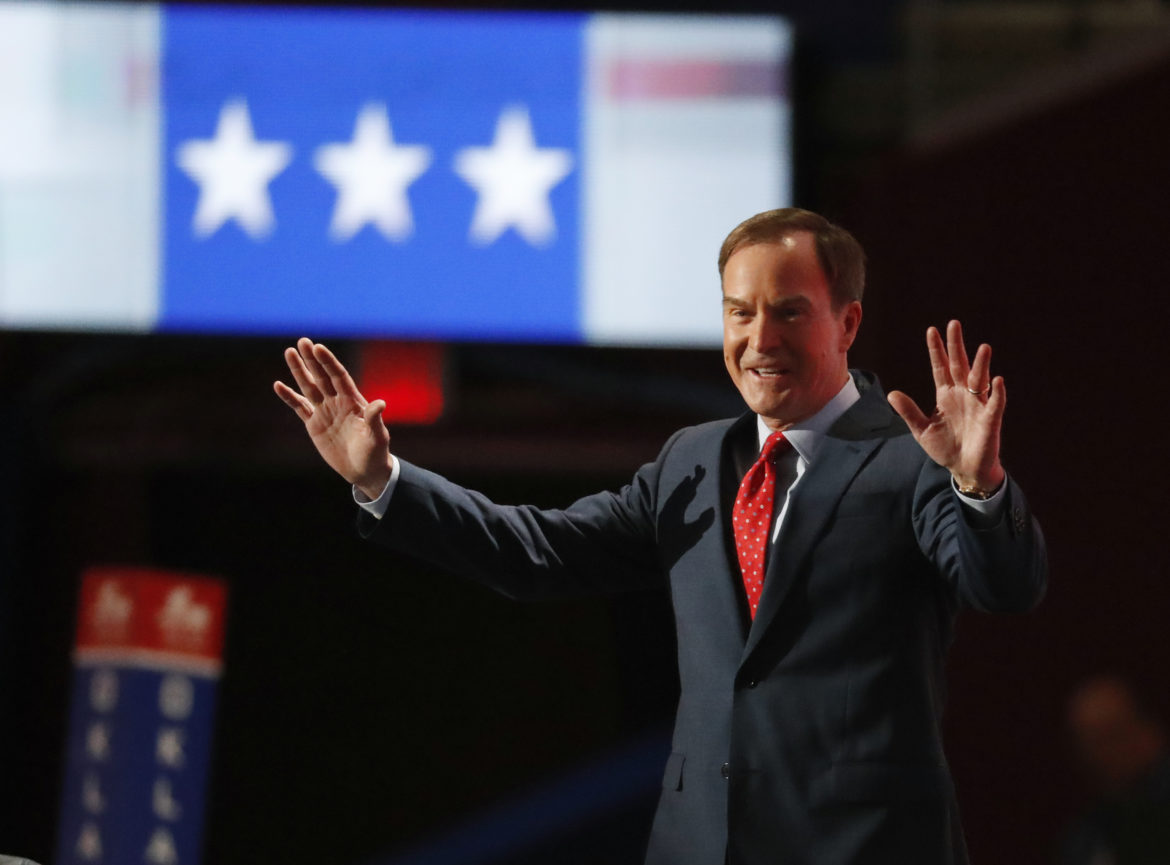 Michigan Attorney General Bill Schuette speaks during the opening day of the Republican National Convention in Cleveland on Monday.

Republican attorneys general from three Midwest states say an investigation into whether oil giant Exxon Mobil misled investors about the risks of climate change is a “grave mistake” and an effort to “police the global warming debate.”

Bill Schuette of Michigan, Doug Peterson of Nebraska and Brad Schimel of Wisconsin each co-signed a letter distributed in June opposing the ongoing investigation — led by New York Attorney General Eric Schneiderman — into whether Exxon Mobil withheld information about the risks of climate change.

“Using law enforcement authority to resolve a public policy debate undermines the trust invested in our offices and threatens free speech,” the letter, dated June 2, reads. Another version of the letter was released through the office of Alabama Attorney General Luther Strange on June 15.

Schuette’s involvement signals another round of opposition to national-level climate and energy issues for the Republican who is considered a strong 2018 gubernatorial candidate in Michigan. Schuette has taken a formal role in opposing the Obama administration’s Clean Power Plan and has led the court challenge to the U.S. EPA’s standards for mercury emissions from power plants. Both instances are in opposition to Republican Gov. Rick Snyder.

Schuette’s office declined to comment for this story, referring questions to the National Association of Attorneys General. The NAAG “does not have a position” on either the letter or the Exxon investigation, a spokesperson said, and declined to comment.

‘Spinning it as a threat to free speech’

According to one legal expert, the Exxon investigation represents “a whole new front in the climate change wars” that targets corporations’ disclosures rather than greenhouse gas emissions.

“The people who are opposing the investigation are spinning it as a threat to free speech,” said Michael Gerrard, director of the Sabin Center for Climate Change Law at Columbia University and a leading environmental law scholar. “I think that’s premature until we see what charges or claims might actually be brought. Obviously it would be inappropriate for an attorney general to take action against someone purely for disagreeing with scientific consensus on climate change.”

Schneiderman’s investigation — which is coordinated with attorneys general from 15 other states, including Iowa, Minnesota and Illinois — appears to target whether Exxon Mobil investors had been misled about the risks of climate change based on the company’s own research going back decades. An investigation over the past year by multiple news outlets showed Exxon Mobil executives were warned by company researchers about the risks of climate change but took deliberate efforts to block solutions, including funding opposition groups.

Exxon Mobil now says the “risk of climate change is clear and the risk warrants action” and the company has advocated for a national carbon tax.

Meanwhile, a U.S. House panel has launched a sort of counter-investigation, subpoenaing Schneiderman’s office as well as several nonprofit groups for emails about whether they have being coordinating against Exxon Mobil.

“All of these protests and congressional investigations are premature,” Gerrard said, noting that Schneiderman is still finding out whether there is a case to be made for fraud.

“I don’t think it’s so much about what Exxon knew about climate change,” Gerrard added. “The question really comes down to: Did Exxon have information that no one else had that it kept secret from investors that investors would have found relevant to their investment decisions?

“Until we know what (Schneiderman) is finding, none of us have any idea.”

The AGs’ June letter also suggests that if Exxon could be found liable for minimizing climate risks then the same could be said for groups that “exaggerate” the risks of climate change. It goes on to criticize their colleagues for aligning themselves with clean energy groups and former Vice President Al Gore at a March 29 press conference.

“If the focus is fraud, such alignment (with clean energy groups) by law enforcement sends the dangerous signal that companies in certain segments of the energy market need not worry about their misrepresentations,” the letter adds.

Gerrard called the exaggeration claim a “novel” theory and suggested a similar situation would be if a wind energy company had “secret information that there’s no such thing as climate change. If that information got out, the value of the wind company would crash. I suppose that would be an analogous situation, but I don’t think anyone has reason to believe there is such information.”

Gerrard also called the congressional investigation — led by Republican Rep. Lamar Smith of Texas — “extremely unusual if not unprecedented” for scrutinizing a “state investigation being brought under state law.”

“And it’s troubling that the chair of the congressional committee receives campaign contributions from the target of the state investigation that’s being scrutinized,” Gerrard said.