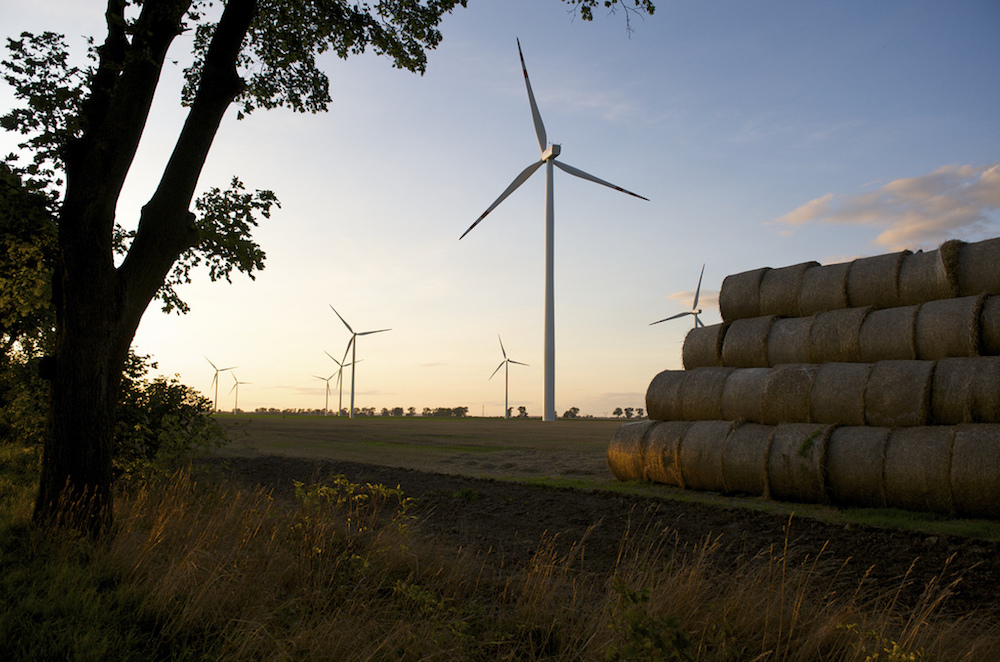 Editor’s note: This is Part Two of a series on climate and energy issues in Germany and Poland that could help inform policy discussions in Ohio and other parts of the United States. Kathiann M. Kowalski’s recent research trip to Germany and Poland was made possible by a Transatlantic Media Fellowship from the Heinrich Böll Foundation.

Part One: In Poland, efforts to rescue coal industry will likely come up short

The law took effect July 15 and comes after Poland’s conservative Law and Justice Party won control of the government in last fall’s elections. That party’s leadership has embraced coal as the future of the country’s energy landscape.

Ohio passed its own law tripling property line setbacks for wind turbines in 2014. Since then, the state has seen little development of new wind farms, except for projects grandfathered in under previous setback requirements.

Among other things, the Polish law raises the minimum setback for a new turbine to at least ten times its height from buildings and forests. In addition, the law allows extended shutdowns for turbine inspections and could lead to a fourfold increase in taxes for all land-based wind farm operations.

In Cetnarski’s view, curtailing wind energy will give an advantage to coal-fired power, which dominates Poland’s energy landscape.

“The market share of the state-owned companies will increase,” he said. “Electricity prices in Poland will go up.”

Other new provisions in Polish law could make it more difficult for renewable energy facilities to sell electricity to the grid, delaying recovery of investment costs and profits.

Poland’s actions came soon after the International Renewable Energy Association (IRENA) announced earlier this year that the levelized cost of electricity from wind energy is now essentially on par with that of coal. More recently, IRENA reported that global average costs for electricity from wind and solar energy could drop up to 59 percent by 2025.

Before the law, Poland’s wind industry had been expanding, with installed capacity growing more than five times from 2010 to 2015. Projections showed that the country could add up to another 10 gigawatts of onshore wind energy by 2030.

‘There will be capacity shortages’

The new setback law is especially frustrating to Poland’s wind industry because the prior government had finally agreed to a plan that would have shifted more subsidies for the country’s renewable investments into wind energy.

The new government suspended that law in December and indicated that to the extent there is any renewable energy, its preference would be for geothermal energy or biomass. Geothermal has not yet been developed to any significant extent in Poland.

Unlike in the United States, biomass energy in Poland typically involves co-firing by adding organic material into the fuel stream for a furnace along with coal, Cetnarski explained.

So while the country’s renewable energy laws may allow it, the practice did not meet the goal of also encouraging investment to replace aging energy infrastructure, he said.

“Lots of power plants are already old, and they are already depreciated,” said Beata Wiszniewska at the Polish Economic Chamber of Renewable and Distributed Energy, or PIGEOR.

In fact, about 30 percent of Poland’s power plants are at least 50 years old, noted Joanna Mackowiak Pandera, co-founder of the Forum for Energy Analysis in Warsaw and also an analyst for Agora Energiewende. “There will be capacity shortages in the future,” she said.

Meanwhile, “wind power is cheaper and cheaper,” said Wiszniewska. But the new government “made a decision that coal will be the future of the country,” she noted. And Poland’s electricity sector is “dominated by state-owned companies.”

In Wiszniewska’s view, the new law will hurt rural areas, which will miss out on chances to diversify their sources of income by leasing land for turbines. “This opportunity will be missed,” she said.

After the elections, a March report from the Polish Public Health Institute claimed that wind turbines should have setbacks of at least two kilometers.

“They said wind turbines are dangerous for you, and there are no regulations to protect you from wind turbine syndrome,” Cetnarksi said. “They blew it up.”

The institute’s recommendation cited arguments frequently raised by wind energy opponents, which are out of line with industry recommendations and general practices.

By comparison, the setback requirements in Ohio before June 2014 were about 1,300 feet (0.39 km) from the nearest residence and 1.1 times the turbine height from the nearest property line. Under those requirements, a turbine could fall down without falling over a property line, and the extra distance from residences was aimed to protect homes from the possibility of ice or other debris being thrown from turbines. The American Wind Energy Association characterized those provisions as being “among the most restrictive in the nation.”

As critics see it, the real issue for Polish anti-wind groups may be envy.

“In Poland, some farmers are just jealous that other farmers are making money, and not them,” said Pandera.

The new setback law might be subject to challenge before the European Commission, where Poland’s subsidies for coal power are already at issue. The outcome of any proceedings there is uncertain, however.

Poland’s new setback law was introduced in a way that circumvented the usual procedures for legislative hearings, noted Wiszniewska.

Ohio lawmakers also used an extraordinary procedure when they adopted the state’s current setback limit in 2014. The property line setback of about 1,300 feet was a last-minute amendment to a long finance bill on other matters. There was no opportunity for public testimony on the provision.

Since then, Republican lawmakers in the northwestern part of Ohio introduced House Bill 190, which would let county commissioners revert to the previous setback requirements for their areas. Most land-based wind power in Ohio is in that part of the state.

So far, however, HB 190 has languished in committee.

The bill has also drawn criticism from state Sen. Bill Seitz, R-Cincinnati, who chairs the Ohio Senate Public Utilities Committee and has characterized the bill as allowing “trespass zoning.” Seitz is also co-sponsor of another pending bill, SB 320, which would continue a current “freeze” on Ohio’s renewable energy and energy efficiency standards.

Industry sources in both Ohio and Poland say the criticisms about wind turbines are unjustified and that the recently adopted setbacks are far in excess of anything needed to protect the public or individual property owners.

“Nothing rational” justifies extensive setbacks, said Wiszniewska. “Sooner or later, every government will find out that renewable energy is needed.”

Part Three of this series will show how two metropolitan areas in Poland and Ohio are seeking to become more sustainable in their energy use despite their respective state policies.