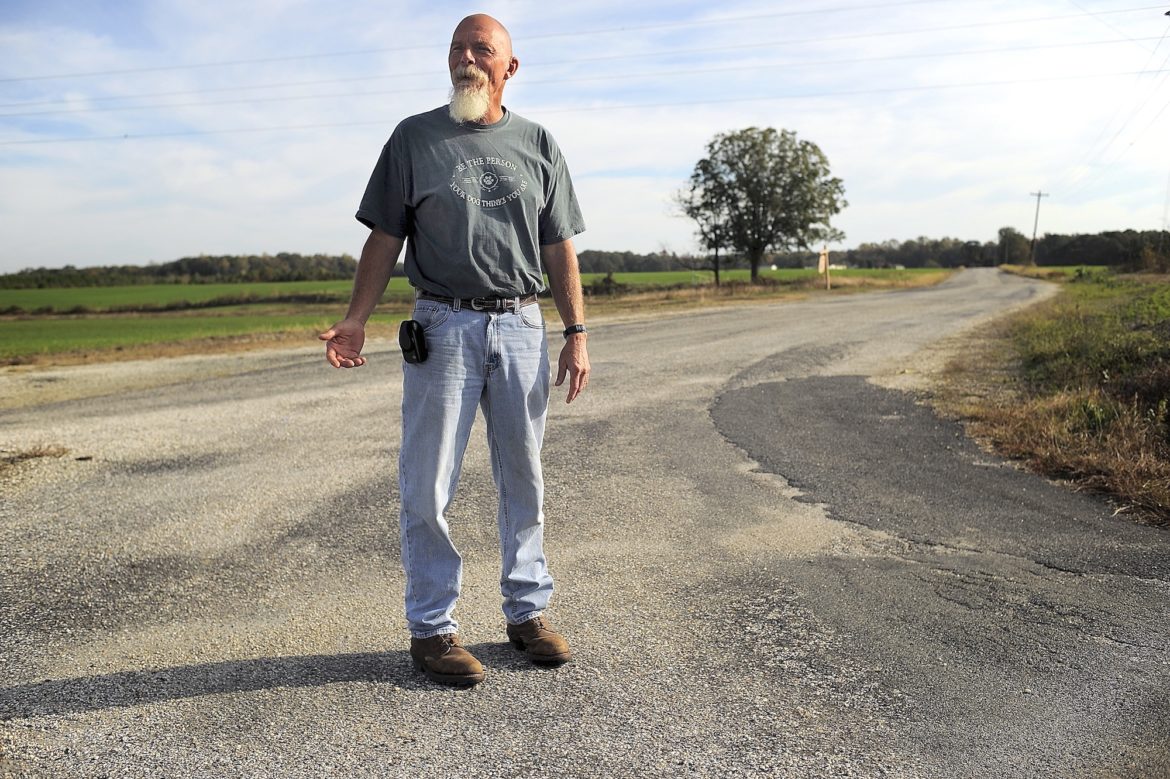 Kevin Wightman, a planning official in Caroline County, Virginia, has concerns about the potential impact of fracking activity. Two state processes are in play to update state regulations.

With the least stringent regulations of any state with shale production, critics are calling on Virginia to clear up confusion over local fracking bans and complete two reviews of its oil and gas regulations, one of which has been pending since 2004.

An in-state regulatory review, underway since 2013, is approaching its final stage but has no deadline. It’s being conducted by a Gas & Oil Regulatory Advisory Panel revved up after Democratic Gov. Terry McAuliffe took office in early 2014. Recommendations from that review depend on a last round of public comments and final approval by McAuliffe.

The other review – initiated at Virginia’s request in 2004 – is known by its acronym, STRONGER, for “State Review of Oil and Natural Gas Environmental Regulations.”  It is an industry-funded, multi-stakeholder, process. Representatives are to meet August 8-11 in the southwest Virginia town of Abingdon to complete that process.

Each review could be instrumental in bringing Virginia’s drilling regulations up to standards for fracking found in many active oil and gas states, as well as settle questions over local oversight. Attorney General Mark Herring declared in 2015 that localities have the authority to ban fracking, conflicting with an opinion issued in 2013 by his predecessor, Ken Cuccinelli.

Kristin Davis, an attorney who’s been following the proposed rules changes for the Southern Environmental Law Center (SELC), said a 2013 survey of regulations found that Virginia had, and will continue to have, the least stringent regulations of states with shale gas production, at least until its rules are updated.

Oil and gas companies have been eyeing natural gas fields in Virginia for years, though low prices have slowed that process. Environmental groups and local governments meanwhile have kept a watchful eye for where and how fracking might begin because existing regulations provide few, if any, protections of public water supplies and virtually no disclosure of toxic drilling fluids, Davis said.

“There is no regulatory structure for horizontal fracking in Virginia,” said Donald S. Garvin, Jr., who is active with Trout Unlimited and is one of the three environmental representatives on the nine-member STRONGER board of directors. Three other board members represent industry and three represent state governments.

“Virginia should have moved to update STRONGER’s review a long time ago,” said Garvin in an interview.

Davis and SELC’s allies are pushing for full disclosure of fracking chemicals to the state’s Department of Mines, Minerals and Energy, baseline testing and monitoring of water supplies, and giving local governments final authority on drilling, among other measures.

While there has been conventional oil and gas drilling in southwestern Virginia, the industry is showing interest in the so-called Taylorsville Basin east and north of Richmond, most notably in King George County. Companies have also expressed in the George Washington National Forest but a public outrage appears to have stymied those efforts.

STRONGER was initiated by the U.S. EPA and the Interstate Oil & Gas Compact Commission in the late 1990s with funding from the American Petroleum Institute. The Institute remains its sole source of funding which bothers some local officials, including Ruby Brabo, chairwoman of the King George County Board of Supervisors. She expressed skepticism over the independence of and need for STRONGER’s review process and questioned its need given the in-state review nearing completion.

Brabo and her fellow Supervisors have voted not to explicitly prohibit fracking but reportedly are discouraging it with strict local zoning rules.

It is possible, acknowledged DMME spokeswoman Tarah Kesterson, McAuliffe could sign off on the pending in-state assessment without the benefit of any fresh recommendations from the STRONGER process.

Some environmentalists contend the only way industry might avoid outright local bans on drilling or fracking might be to adhere to recommendations by the STRONGER process, as well as any additional rules from the state’s review.

Ryan Steadley, executive director of STRONGER, based in Oklahoma City, responded that the transparency of the information-gathering process, the three stakeholder groups represented in all proceedings and its open public meetings such as the one in Abingdon effectively rule out an industry-driven process.

“That’s a mischaracterization of the facts,” he said. “We began practically at the behest of the EPA.”