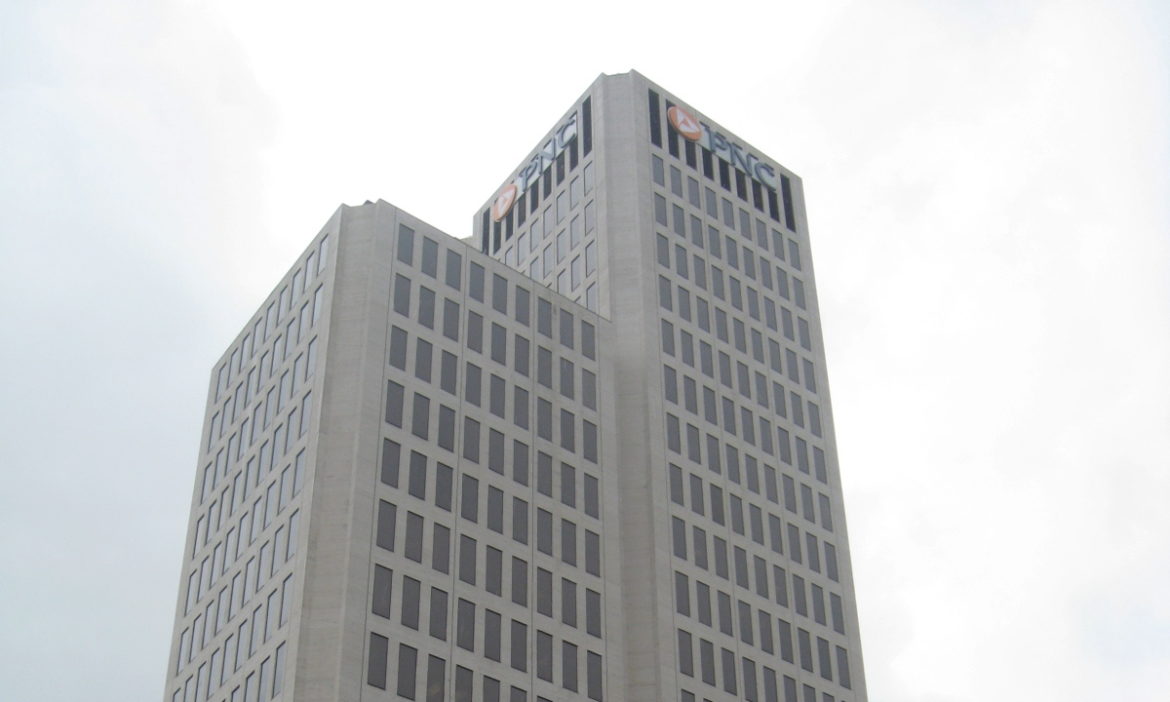 The city of Columbus, Ohio, has enacted a new energy-friendly funding tool that’s already been harnessed by one local property owner, marking a green overhaul that financing platform proponents say is the start of a regional trend.

PNC Plaza, a 24-story building in downtown Columbus, is getting $3.2 million in upgrades to its roof, lighting, air controls and water supply following the formation of the Columbus Regional Energy Special Improvement District, or E-SID.

The program allows building owners to utilize Property Assessed Clean Energy (PACE) financing for upgrades on non-residential properties via bonds or governmental loans. The amount borrowed is repaid via a special assessment on a property tax bill over a period of up to 30 years.

In PNC’s case, the Columbus-Franklin County Finance Authority leveraged PACE in concert with a regional energy fund to pay for eligible building updates. The loan is tied to the facility’s property bill and does not count as debt, meaning PNC’s owners can spread repayment costs over the life of the project so generated savings eclipse that of the annual loan payment.

“Funding is available through my organization and Franklin County, while the E-SID lets us put a special assessment on the building,” said finance authority president Jean Carter Ryan. “As a result of the E-SID we can provide long-term fixed-rate financing for energy improvements.”

PNC Plaza came forward in 2015 as the first project to initiate the Columbus energy improvement district, implementing upgrades with an estimated annual savings of almost $187,000. Among the changes are 11,000 LED lights, replacing inefficient fluorescent bulbs the building had been using for years, said property manager Rick Aronhalt.

Money will also be used to fix roof leaks and swap out part of the existing roof with a LEED (Leadership in Energy and Environmental Design) standard white reflective roof. Water pumps installed when the facility opened in 1974 will also be replaced.

When complete, the refurbishments will decrease the 366,000-square-foot property’s carbon footprint by 15 to 20 percent. Through the PACE financing deal, building owner Arthur Goldner & Associates will pay $280,000 annually over 15 years.

“We needed the improvements; PACE was just the most efficient way to get those things taken care of,” Aronhalt said. “Looking at what the project has done for the building and the environment, (PACE) was well worth it.”

PACE backers say Columbus can be an anchor for expanding the program to surrounding communities. Establishing an improvement district is the only means to obtain a PACE assessment, said Christina O’Keeffe, director of energy and air quality at the Mid-Ohio Regional Planning Commission (MORPC), which helps municipalities join or set up districts of their own.

In its 2014 Regional Energy Action Plan, the planning commission found that residents in 15 central Ohio counties used 3 percent more energy than the rest of the state. Looking ahead to future population growth, the organization tabbed PACE as a viable option to address energy use as well as modernize aging building stock. Meanwhile, Ohio Senate Bill 232 expanded PACE legislation to include wind, geothermal, biomass, gasification and energy efficiency technologies.

“It’s a tool in a toolbox of financing energy retrofits,” said O’Keeffe. “We want to have  collaborative and shared services with this tool.”

Insight2050, an initiative among the Mid-Ohio Regional Planning Commission and a handful of area public and private partners, predicts a regional population upswing of 500,000 to 1 million over the next 30-plus years. Opportunities like the Columbus E-SID will be critical in the redevelopment of underutilized commercial and industrial properties, O’Keeffe said.

Worthington, Bexley, Upper Arlington and Gahanna are among the communities currently brainstorming energy-saving projects. The city of Dublin, situated northwest of metro Columbus, has been particularly active in identifying commercial space it could transform to meet PACE energy requirements.

“We’re talking to economic development directors in all of these communities, and they see PACE as part of a portfolio to attract and retain business,” said O’Keeffe.

The Mid-Ohio Regional Planning Commission is an “interested stakeholder” in Senate Bill 185, which would remove the necessity of creating an energy improvement district to use the PACE assessment. Simplifying the process would be a boon for Columbus and the rest of the Buckeye State, supporters said. With a little help, central Ohio could emulate an E-SID administered by the Toledo-Lucas County Port Authority, a program in northwest Ohio that has overseen nearly 50 energy improvement projects.

“PACE is an attractive incentive for building owners to reduce energy costs,” said Carter Ryan of the county finance group. “Companies want to be more sustainable, and PACE is helping them with that agenda.”