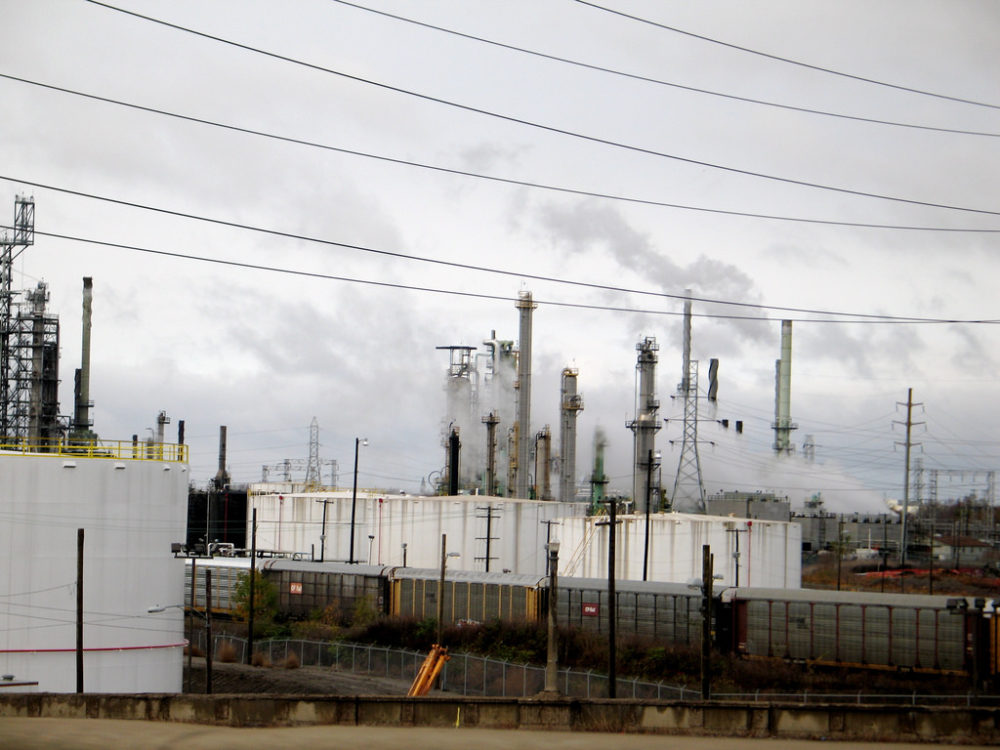 Dr. Abdul El-Sayed is the director of Detroit’s Department of Health and Wellness Promotion.

Since being appointed executive director of Detroit’s Department of Health & Wellness Promotion, Dr. Abdul El-Sayed has brought a new focus to the ways fossil fuels are negatively impacting the health of city residents, particularly for low-income and minority populations.

El-Sayed, 31, was appointed to lead the department’s restructuring last September by Mayor Mike Duggan, a former hospital administrator who El-Sayed also credits for an emphasis on environmental health and justice.

In his time overseeing the department, El-Sayed has gone toe-to-toe with industry players that dominate the industrial landscape of Southwest Detroit, winning concessions over air pollution from Marathon’s Detroit refinery as well as opposing plans to store coal byproducts uncovered along the Detroit River.

In an interview with Midwest Energy News, El-Sayed breaks down the public health impacts of the “over-reliance on fossil fuels,” balancing industry and health concerns and how clean energy can play a role in Detroit’s future.

Midwest Energy News: How have fossil fuels — or the way we get energy in general — negatively affected public health in Detroit?

El-Sayed: It’s clear that clean energy is usually equated to better health. One has to remember: Almost anything that you burn is going to return stuff to the atmosphere, normally in the air but also in water. We’re not meant to be either breathing, eating or drinking materials that were previously burned — it’s not what the body is meant to do.

The over-reliance on fossil fuels, particularly in a region where industry is quite heavy, can have a disproportionate burden on the poor and vulnerable in those areas. Whether it’s particulate matter in the air, or a pollutant that goes into the soil or any other pollutants that are released, these are all problems that have consequences on our health.

“Environmental injustice” is a term often used to describe the pollution issues in Detroit. How has the energy industry had a disproportionate effect on low-income and minority residents in Detroit?

It’s no coincidence that some of the problematic environmental hazards we face generally in Michigan are disproportionately borne by the poor, low-income, minority communities like the population in Detroit. Environmental justice is the notion that anyone, independent of race … should have an equal say in access to and decisions about their local environment. That’s certainly not the case when we see disproportionate burdens on environmental pollution affecting communities of color.

It is a challenge for us and it’s something the city has been working to try and address: How do we make Detroit a more environmentally just place? How do we address the disproportionate burden on populations burdened with so much else? And how do we start creating a voice, or becoming a megaphone, for the community to advocate for more justice of environmental resources?

Public health claims also surface in the clean energy debate, particularly around wind turbines. How do those impacts compare to those from fossil fuels?

It’s a complex question and a hard one to think through. I do think the principals that matter are: What is the cost of the burden? When you think about some of the challenges in Southwest (Detroit), you’re talking about the consequences of an over-reliance on fossil fuels being breathed into peoples’ lungs in the form of things like sulfur dioxide and particulate matter — all of which have serious health impacts.

Personally, I know from having spoken to people in my community exactly what kind of health consequences are focused on fossil fuels and what kind of pain and suffering that has caused.

Is this focus on the energy sector and fossil fuels something you brought with you to the Detroit health department?

The city has been relatively inactive against these issues for a long time. There was a less robust discussion with industry on what can or can’t be done. Certainly the health department hadn’t seen this as a responsibility at all. As I started there, we were rethinking our role and recognized an opportunity to be a leader in this area. Under the new mayor, we have a leader who believes in these issues.

A lengthy story published in Newsweek in late March focused on the air pollution in southwest Detroit, portraying it as an under-the-radar environmental health issue on the scale of the Flint water crisis. You were highly critical of the story, though, and how it portrayed the area. Why did you find it troubling?

I think there is, from a national lens, a narrative about Detroit that it is this neglected backwater of a place no one cares about. That article — whether intentionally or unintentionally — drove that narrative. The author must understand, I hope, that all politics is local. If you don’t do the work of understanding the local dynamics and contours of an issue, sometimes you do a greater disservice to folks on the ground doing the work.

While I’m appreciative that it drew attention to the challenges our community faces, it misattributed those challenges. It cast Detroit again into this narrative rather than highlighting ways Detroit and city government is standing up to create a new narrative about air quality and what local government and communities can do to advocate for that.

What do you think is a long-term solution for southwest Detroit’s pollution problems?

I think we’ve already been able to start advocating a new narrative about the responsibility that corporate citizens have in this community. I think that has changed the nature of the conversation that the city and its communities are having with corporate citizens about what is OK and what is not OK. With that, you’re going to see a lot more corporate responsibility around protecting air, water and soil resources.

What role can clean energy generation play within the city of Detroit?

We’re already seeing a movement in that direction, both nationally and locally. DTE, which is the most dominant provider of energy in the region, has announced a new solar project that is going to move us and pivot us in that direction.

I think we are moving in the right direction. We can be a leader in that regard. It’s better for us in the short term in terms of the health consequences of fossil fuels as well as the long term in the context of climate consequences of the over-reliance on fossil fuels.