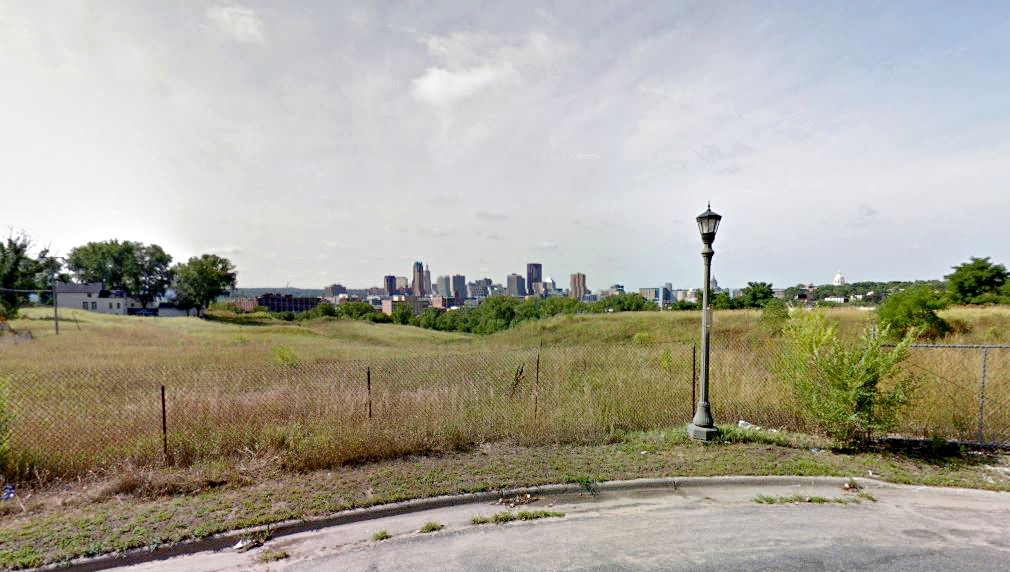 A nonprofit housing developer in St. Paul is embarking upon an ambitious plan to create a net zero community that would include a solar garden in one of the city’s poorer neighborhoods.

Roughly 2,200 people live in neighborhood, which is hemmed in by railroad tracks and a city park. Nearly half of them have incomes below the poverty line.

He’s hoping nearby public buildings owned by the city and state might become anchor tenants and that local apartment owners might consider subscribing.

“We’re still trying to figure out what makes sense,” Erchul said. “We’re talking to a couple of (solar garden) companies about the project and we’re close to making a decision on who will build it.”

The timeline calls for construction of the solar garden next year, with power production to begin in 2018, he said.

Many poor homeowners and renters pay a significant portion of their household incomes for energy.

A solar garden offers subscribers a small break on their electric bills that grows over a number of years. That could be a big help, especially in a neighborhood where electricity demand escalates in winter because many residents have electric baseboard heat, he notes.

“We’re hoping subscribers get a little better price for their electricity,” Erchul said.

The project is unique, Erchul said, because it will be subscribed to primarily by members of the community in which it is located.

Under Minnesota’s community solar law gardens are required to have a minimum of five subscribers, with a limit of 40 percent available to any one entity. Many gardens are being built in suburbs, a far distance from the majority of their subscriber base, and have large companies or other entities as “anchor” subscribers.

Erchul’s garden will be down the street from supporters. “What we’d like to see is that residents of Railroad Island become members of a garden that will be in their neighborhood,” he said.

The project comes as the Minnesota Public Utilities Commission explores ideas on how to make community solar more accessible to low-income participants.

The PUC held public hearings in May and in July on low-income participation. In a July decision, the commission asked the Department of Commerce to consider an “adder” that could pay developers to cover the additional costs of securing subscriptions from low-income residents.

In addition, the commission required Xcel to develop a proposal for low-income community gardens by next March. These gardens could be owned and operated by Xcel, as well as other third party vendors.

St. Paul-based Fresh Energy (where Midwest Energy News is based) has been a proponent of trying to create a pathway for low-income residents to subscribe to solar gardens. The long 25-year contracts and the need for a good credit score are among the barriers to community solar, advocates have pointed out.

“I think from our standpoint we’re proud to see Minnesota taking steps to make solar an option for household and families of modest incomes,” said policy associate Ben Passer. “This decision creates more of a clear road map not only for developers but customers moving forward. Now there is a process in place.”

The solar garden – to be built on a brownfield that once served as a city street-sweeping waste dump – is part of a larger move to add new residents and to make Railroad Island into an energy efficient, net zero community, Erchul said.

His nonprofit is building a new neighborhood of 62 single-family homes nearby that will be sold to buyers earning 115 percent of the area income. New reports have said it is the largest development of new homes in St. Paul in decades.

A public garden and orchard area are also planned for the new development, called Village on Rivoli.

While the new homes will be energy efficient, the remaining housing stock in many cases is in a state of decay.

The architectural firm LHB, Inc. – which designed Village on Rivoli – produced a study of the neighborhood showing 43 percent of residential homes would require a moderate rehabilitation costing between $50,000 and $75,000. Another 19 percent would require $75,000 to $100,000 in repairs.

The next step, he said, will be to determine what approach can be taken to improve low performing residential and commercial properties. For that strategy Erchul has turned to the Center For Energy and Environment.

The organization’s president, Chris Duffrin, said the CEE plans to “dig a bit deeper” to find out what kind of current technologies might work to reduce energy costs.

“We want to create sustainable environmental and economic benefits for this low-income community by using existing resources,” Duffrin said. “We’ll help (Jim) make it work in any way we can.”