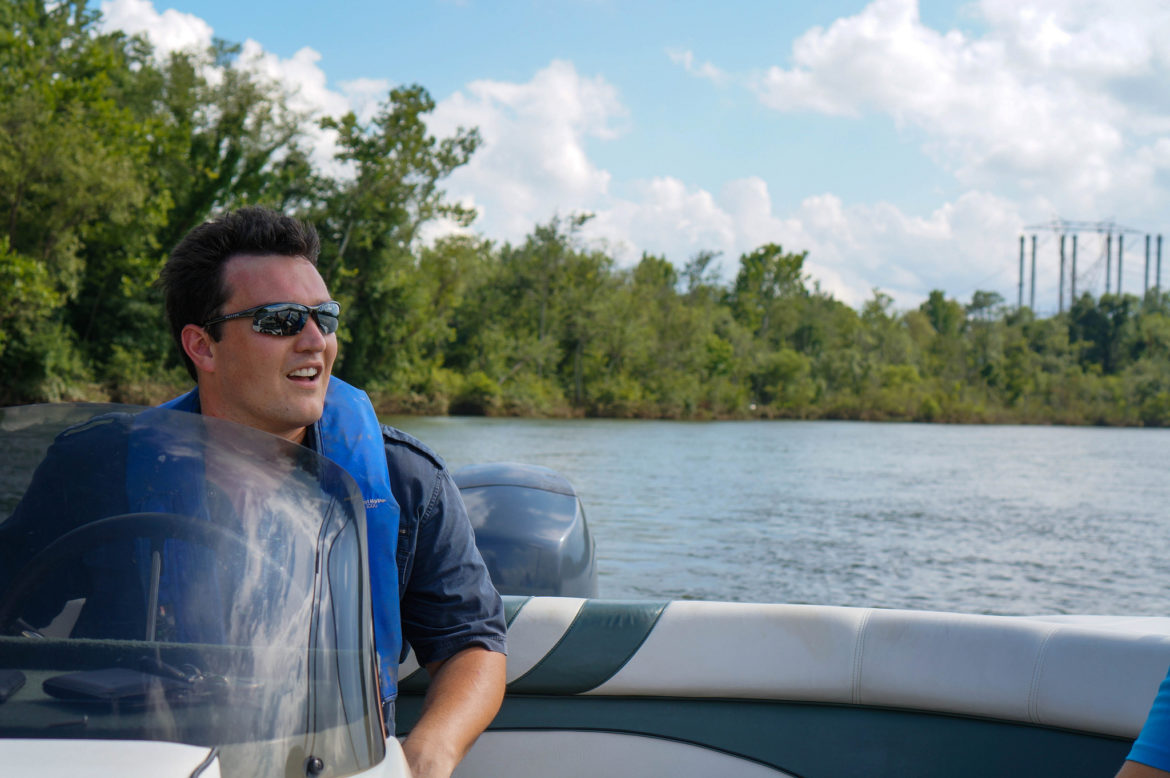 As North Carolina’s policies for coal ash cleanup continue to evolve, the discussion has centered largely around two options – total excavation of ash ponds, or “cap-in-place,” essentially draining and covering the ash where it sits.

And as Duke Energy pushes for the latter, less expensive option, advocates and experts say other techniques may pose fewer risks to the public.

In May, when the state Department of Environmental Quality called for all coal ash sites to be excavated in North Carolina, Duke Energy, the state’s largest utility, called it “the most extreme” option. A new law, passed in July, allows for the ash to stay put if the company establishes permanent drinking water solutions for affected residents by 2018 and repairs the earthen dams holding the impoundments in place.

“Cap in place,” or “closure in place,” is the practice of leaving an industrial waste impoundment in place and covering it with both earthen and synthetic materials, it’s a closure option that’s been in use for decades, and one the Tennessee Valley Authority intends to use at its coal ash sites fleet-wide.

“There are a number of problems with the sites in North Carolina,” says Sam Perkins of the Catawba Riverkeeper Foundation. “First and foremost, they are unlined, and that is a major problem with capping them in place. In some cases, a vast majority of the ash lies below the groundwater table – that’s in the engineering reports. There is significant concern about continued leaching because of lateral groundwater movement,” he says.

“The dams sometimes continue into the lake,” he says, “These are waterways that serve as drinking water reservoirs that have flooding issues that we’re seeing becoming worse due to increased stormwater runoff. That is going to be a structural problem regardless of (excavation or capping in place) because they’re saturated with water.”

Christopher Hardin, an engineer and consultant who works for the University of North Carolina at Charlotte, says hybrid closure methods are the way to go, combining excavation, capping and stabilization methods while reusing the ash when possible, and that each site’s closure plans should be customized.

He’s a proponent of a process called “stabilization in place,” or solidifying coal ash in impoundments with concrete or lime, which, he says, is a closure procedure already in use at other waste sites; he’s looking for a test site to prove the method for coal ash impoundments.

Hardin harbors some concerns about excavating ash too close to dams and “potentially failing them.” Stabilization-in-place could be used to solidify ash near the earthen dams, he says, making it safer to excavate the interior of the impoundments. He also says that instead of dewatering the impoundments – a practice that recently spiked arsenic levels in Charlotte’s drinking water reservoir, the water could be mixed in with a stabilizer and ash.

According to Robert Bachus of Geosyntec Consultants, it’s the water on top of the impoundments that can lead to “flows” like the one that occurred during the 2008 Tennessee Valley Authority spill that clogged two rivers and covered more than 300 acres in black sludge.

Hardin agrees that removing the water – whether through dewatering or as part of a stabilization method – reduces the risk of a dam failure. However, he says it’s important to conduct an analysis at each site and that he’d like “the legislature to stop dictating the remedies, listen to the citizens and develop (closure) plans on a site-by-site basis.”

Dr. John Daniels agrees: “It’s not one size fits all,” he says. Daniels is an engineering professor at UNC Charlotte and chair of the National Coal Ash Advisory Committee. He has developed a laboratory method using organo-silane chemistry to make coal ash water-resistant.

Another engineer seeking a test site is Tim Siler, a geoscientist and former environmental risk manager for Progress Energy, which merged with Duke Energy in 2012; he also consults for Duke Energy. Using his method, “the ash is hydraulically isolated from the groundwater by constructing a hydraulic barrier at the bottom of the impoundment using engineered in-situ solidification/stabilization application on the ash and/or underlying natural material.”

Siler says the process, which is already used at “a number of EPA Superfund sites,” enhances the stability of the dams while creating a barrier between the ash and groundwater. “This could be used at sites where it might not be feasible to excavate,” Siler says, adding, “there won’t be groundwater flowing through the cell and leaching and contaminating groundwater.” The process also preserves the ash for future beneficial reuse.

Can’t be based on cost

Duke Energy estimates that traditional cap-in-place is the least expensive closure method for its impoundments in North Carolina. However, the EPA, in its coal ash regulation that became effective in October 2015, states that closure plans can’t be “justified based on the costs or inconvenience.”

“In South Carolina,” says Perkins, “where they decided to move the ash, we have not seen rates rise, or companies go bankrupt, but we have seen the arsenic levels (in the groundwater) drop dramatically.”

Department of Environmental Quality spokesperson Mike Rusher has stated that “Closure methods are to be determined in impoundment-specific closure plans. Only if Duke Energy meets the requirements of the law and meets the satisfaction of the department can an impoundment classification be eligible under state law for cap closure, or they may require excavation.”

“A dedicated team is hard at work to identify options that are proven, safe and cost effective,” says Duke Energy spokesperson Paige Sheehan. “Given that this is a dynamic process, we are not in a position to discuss any specific approach or vendor we might be considering right now. Once our plans are finalized and agreements in place we’ll be in a much better position to discuss the approaches we are taking.”