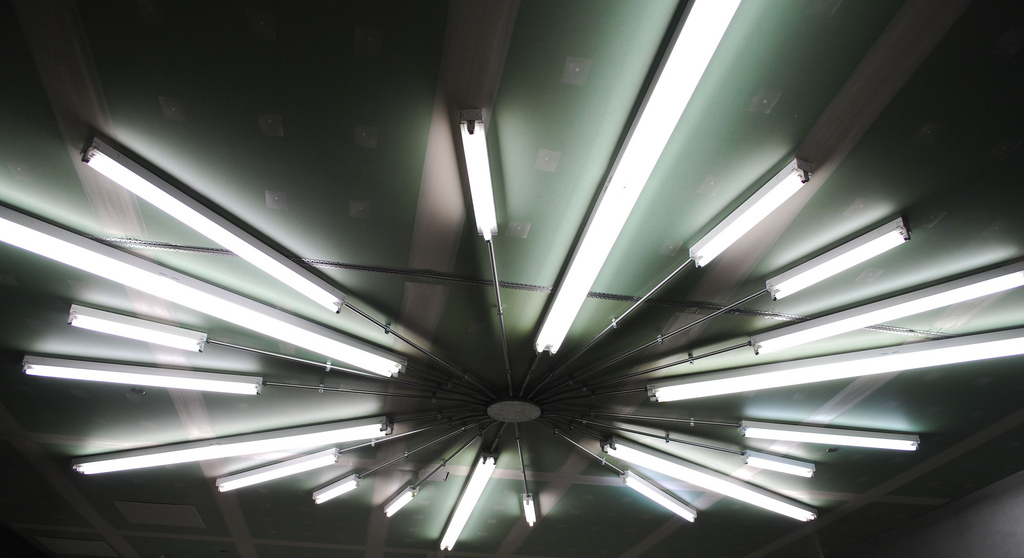 The Illinois Institute of Technology's microgrid has helped keep the lights on during power outages.

Dr. Mohammed Shahidehpour oversees the microgrid at the Illinois Institute of Technology.

If you want to know how microgrids will transform energy, just look at what cellphones did to communication, says Dr. Mohammad Shahidehpour, the professor and engineer who oversees a microgrid at a university on Chicago’s South Side.

The future of power has a parallel in the recent history of telecommunications: a rapid rise of decentralization, access, and capabilities we once could have never imagined.

In 2008, the Illinois Institute of Technology launched what it calls the Perfect Power Initiative, a $18.5 million project aimed at designing and building “the world’s first self-healing and efficient smart microgrid distribution system.” Across nearly ten years, that vision grew into a 9-megawatt network of gas turbines, large-scale batteries, a wind turbine and numerous smart-efficiency technologies – with more on the way.

IIT’s microgrid can separate completely from the broader grid and, in many cases, supply the campus with all the power it needs. It has helped the university offset $7 million in other infrastructure upgrades, and it saves about $1 million per year through efficiencies, reduced peak demand and other benefits.

The project’s success is one reason ComEd is planning a microgrid of its own right next door to the IIT campus. The Illinois utility is working with IIT to connect the two systems in what would be country’s first microgrid cluster.

Dr. Shahidehpour, 61, is the Bodine Chair Professor in the electrical and computer engineering department at IIT and the director of the university’s Robert W. Galvin Center for Electricity Innovation, which oversees the institution’s microgrid. Midwest Energy News spoke with Dr. Shahidehpour to hear how microgrids are changing the way people and institutions use power.

What follows are excerpts from our conversation, edited for brevity and clarity.

Shahidehpour: We actually started back in 2006, and at that time we worked very closely with Bob Galvin, who was the chairman of Motorola Corporation. Toward the end of his life, after his retirement, he was thinking about a number of very critical issues – one was energy. He said why do we have to have blackouts? Why do we have to have outages? Why can’t we manage this system so that these issues go away. I guess that’s because he was having dinner in New York when they had the 2003 blackout, and the whole area turned dark. And he said, ‘No no no, this is the United States, we can’t have this kind of event happening in this country.’

He invited a bunch of people to [Chicago], and he was talking about this notion of maybe this decentralized large generating electric power system doesn’t work. We need to sort of break it up, and make it more localized, distributed. And toward the end of his talk, we said, ‘Why don’t you try this idea at IIT?’ And he said, ‘Yes, let’s do that!’ and he gave us some money to start with. In 2007, we wrote a proposal for the Department of Energy, and it was funded, and we started in 2008.

What sorts of benefits has the campus derived from implementing this kind of unique energy system?

We have two places where we sort of tie the university to the local utility. We can open the switches at those two locations and then the university’s ties with the larger utility will be disconnected. Then we can run the campus as an island without any interconnections to the utility, utilizing our own resources for power generation and also doing a lot of demand response and load shifting.

This is very critical because, like in New York, they’re looking into this islanding and microgrids very closely, basically in the entire eastern seaboard because they have these hurricanes every year. They damage the infrastructure quite intensely, and they are looking into ways of creating these clusters of power that can be turned on once the hurricane has damaged the larger system.

In fact, in the last few years when they had hurricanes and when systems were damaged, the only parts of the system that remained in operation were the ones that operated as microgrids. Of course those events are natural ones, but it could be man-made like cyberattacks or physical attacks.

Do you have any specific examples of recent instances where having IIT run on a microgrid was really valuable?

We didn’t have any issues with resilience, because here in the Midwest, luckily, we haven’t had major outages in the sense of Hurricane Sandy.

We have enhanced the university’s reliable operation. That’s because in the old days, before we had this microgrid, we had a number of outages throughout the campus, and it has impacted us from different perspectives. It impacted students who lived on the campus, the research facilities that were damaged, man-hours to replace all the equipment.

I remember there was one case where we had an open house. Parents of incoming students came to campus, and while they were staying in the dormitory, we had a major blackout. And it took days to fix that because it was so massive, so we had to bus all the parents to hotels downtown. The cost of that was astronomical, and the impact of it: you bring the parents here, you fly parents to see IIT, to see where their kids are going to live for four years and all of a sudden the whole place turns dark.

Are there any misconceptions you hear about microgrid or smart-grid technologies?

The misconception comes from the fact that the existing system – although it has some problems – it is functional. You have reliability issues throughout the country as far as electric power delivery is concerned, but the system functions.

It’s like a car. If you have an older car – yes, every once in a while you have to fix the engine or change the tires – but it’s still working. So the question is: do you need to get another car? Now of course for a person who doesn’t have any car, maybe when he or she wants to buy a car, maybe he or she goes and buys a hybrid car. That’s the point here. We have a system that is still functional so the question is: do we want to replace that?

The other one is that this whole notion of a smart grid. People in general don’t have any understanding of what the benefits are – issues related to a cleaner environment or enhancing reliability or enhancing economics. These are issues that I think everybody is interested in. In California, in particular, people who are more educated, once you talk with them about cleaning the environment and reducing carbon emissions and all that and pointing out how introducing coal power plants adds to pollution in the country, they immediately understand. They say ‘we’ve got to do something about it’. But, of course, in general the public has less understanding. We need to work on that some more.

If you use the analogy regarding cell phones: When cellphones were coming around AT&T vigorously opposed them. They were saying that the existing landline worked. Why is the government – why are people – investing in all these cell towers? What is the purpose of going to this wireless technology? And look how much you can do these days! With your wireless technology and your wireless phones, you can send pictures, you can send data, you can find people, you can do many, many things besides communicating that we could not even imagine when we were using those old-fashioned landline systems.

I think it will be the same thing with distributed microgrids and renewable-based power generation. In the future we will be able to do many things that we are not able to do at this time, once the business opens up and the technology gets really accessible to people.

Independent reporting on Illinois smart grid issues is made possible by a grant from the Illinois Science & Energy Innovation Foundation.