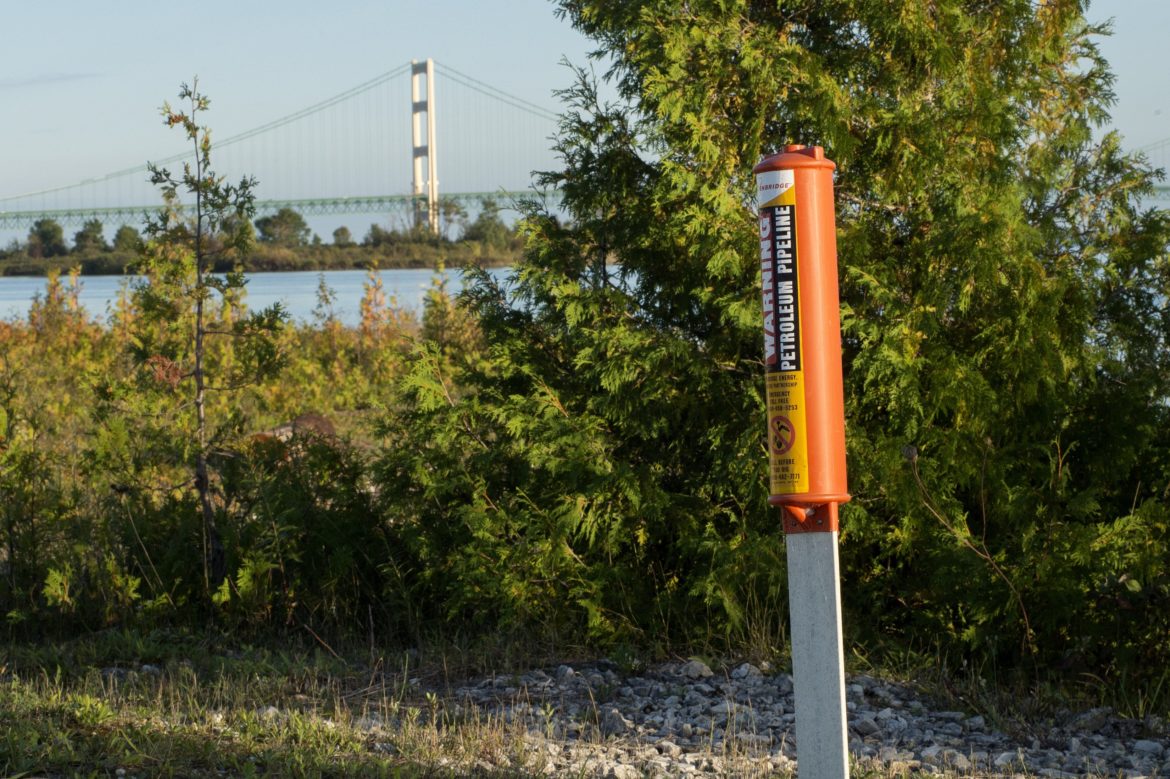 The state of Michigan says there is “inadequate information” to justify pursuing a court order to shut down an underwater oil pipeline between the Upper and Lower peninsulas.

But environmental attorneys working to eventually shut down Line 5 — as a growing number of businesses and local governments in Michigan are calling for — disagree and say they’ve presented evidence within the past six months that contradicts the state’s position.

Moreover, advocates say the state could have been pursuing much of the crucial information it’s seeking but instead has punted with a pair of pipeline studies that could take up to 18 months to complete.

The state is holding off on any potential legal action to force closure of the controversial pipeline until those studies are done, according to the state Department of Environmental Quality. Last week, the new director of the DEQ said calls to shut down Line 5, at this point, are “premature.”

The DEQ says the state has “available legal tools to address an imminent threat” from the twin pipelines, such as enforcing an easement agreement from 1953, common law public trust and public nuisance doctrines and potentially state law, a department spokesperson said.

But a court order is the state’s “only legal mechanism” to shut down Line 5, and it would have to prove there were “clear violations” of the easement, there is an “imminent threat” that the pipeline would fail, “and that such a threat outweighed any interest in Enbridge continuing to operate the Pipeline.”

“The (Michigan Petroleum Pipeline) Task Force believes the State has available legal tools to abate any immediate and actual threat of a spill from the Straits Pipelines. But at this juncture, particularly given the nearly unanimous view that there is inadequate information at this time to fully evaluate the risks presented by the Straits Pipelines, the Task Force does not find a basis for recommending that the State take the extraordinary action of seeking a court order to immediately shut down the Straits Pipelines,” said DEQ spokesperson Michael Shore.

Attorneys who have joined the Oil and Water Don’t Mix campaign do not share the view that there is “inadequate information” to pursue court action.

Earlier this month, the state notified Enbridge that it was violating the 1953 easement due to a lack of anchor supports and gave the company 90 days to take corrective action. A public comment period on that is currently underway.

But in April, nearly two dozen groups alleged seven other ongoing easement violations, including concealing information about corrosion and failing to adhere to federal and state emergency spill response laws.

“The fact that Enbridge has been in violation of the 1953 easement agreement two times in two years related to the anchor supports, first of all, is very troubling,” said Liz Kirkwood, an attorney and executive director of For Love of Water (FLOW). “If there’s a violation of the easement, it necessarily is going to go to the issue of imminent harm.”

She also said the two studies underway — by outside firms selected by the state and paid for by Enbridge — that look at alternatives to and risks of the pipeline are worthwhile, but that the state should have already done such work as part of a permitting process for the easement.

“It’s OK to say that we’re going to wait a year and a half for these studies, but the state has an obligation as part of the permitting request to evaluate alternatives. The state can connect it to these larger studies, but they have an imperative now,” Kirkwood said.

She added that Attorney General Bill Schuette’s recent notice that Enbridge was violating the easement is “very positive and a step in the right direction,” but that the state missed an opportunity to negotiate decommissioning Line 5 when Enbridge sought to increase capacity through Line 6B in Michigan, which was replaced and expanded after it ruptured in 2010.

“I would just encourage the state of Michigan to continue a much more aggressive schedule for investigating the other seven easement violations that we articulated,” Kirkwood said.

A case of ‘political will’

Others suggest that the state’s “inadequate information” defense is driven more by politics than the law.

“The question for the attorney general, in my view, is: You never go into court knowing you have a winning hand. The decision you make is: What’s in the best interest of the people of Michigan?” said David Holtz, chairman of the Michigan chapter of the Sierra Club.

He contrasted that with Schuette’s so-far unsuccessful fight to overturn federal mercury regulations, and joining the lawsuit against the Clean Power Plan. Schuette, a Republican, is widely rumored to launch a gubernatorial bid in 2018.

“I don’t think it’s a case of not having enough information,” Holtz said. “I think it’s a case of political will. The oil industry is the most powerful industry in America, and they have a lot of influence in Michigan. But I think it would be smart for anyone running for statewide office to err on the side of people who clearly don’t want pipelines in the Great Lakes.”

Margrethe Kearney, a staff attorney for the Environmental Law and Policy Center who is based in Michigan, says the ultimate goal is to shut down Line 5, but that it’s “too simplistic to flip a switch.”

“We think more immediate action can be taken to increase the safety and potentially shut down Line 5, but we think it needs to be shut down as quickly and efficiently as possible,” she said.

Environmental groups remain puzzled about the state’s approach to the pipeline, given that Schuette has publicly said that it would never be built under today’s regulatory standards and that its “days are numbered.”

As to whether it’s an “imminent threat,” Kearney said a court would need to look at the “potential risk of a spill compared to the magnitude of harm that spill will cause.”

“When those two things are looked at, I think it can be established that the harm is so catastrophic that the level of imminence doesn’t have to be as robust as: ‘We can tell you that in 12 hours this thing will blow,” she said.

“To the degree that there is a lack of information (for the state), part of this is because the information hasn’t been provided by Enbridge,” Kearney added. “There is information that has taken a very long time to get from the company to the state to the public. To the extent insufficient information is used as a justification for not moving forward, I think that can be cured by using the mechanisms that are available to the state to get that information.”

At this point, though, the state is maintaining its wait-and-see approach as to the pipeline’s future.

“Let’s hold on anything related to Line 5 until the (two) studies are completed,” Shore, of the DEQ, said. “We are not making any judgment until there is solid research to support a change in the situation.”