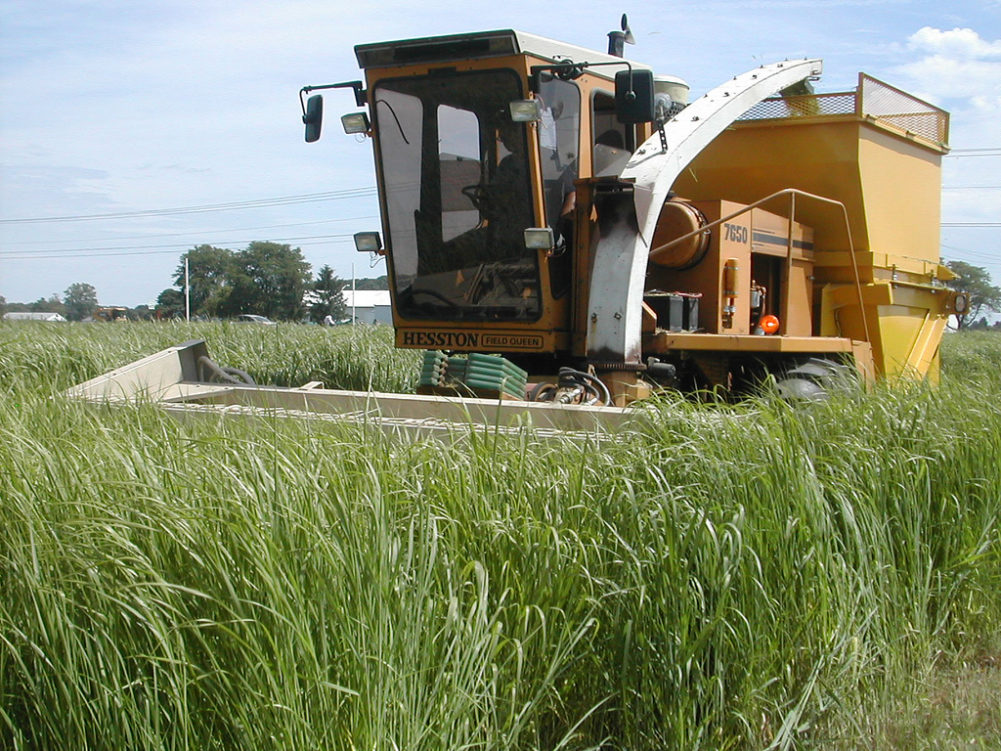 A recent study by scientists at the U.S. Department of Energy’s Argonne National Laboratory offers the most detailed information yet available, the authors say, on one important aspect of the equation: the effect of different biofuel crops on the amount of carbon sequestered in the soil.

When forest, existing crops or grassland are converted into biofuel production – be it corn, poplar, switchgrass or other plants used for ethanol or biomass fuels – the soil’s capacity to sequester carbon is altered. Different plants affect the soil’s chemistry in different ways, and the tilling and other practices involved in cultivating different crops affect the rate of sequestration.

The Argonne researchers considered factors including climate, historical land use and attributes of the soil down to 100 centimeters. Soil modeling is typically done only to 30 centimeters, but the Argonne models reflect the deeper root systems of biomass crops.

The models drill down to a county level, and in the paper published in the journal Global Change Biology–Bioenergy, heat maps show the level of predicted change for each possible combination varying across the nation.

The results roughly mirror common wisdom on soil carbon sequestration – that converting forest to biofuel production typically reduces sequestration capacity, and that converting existing cropland and pasture tends to increase sequestration or remain neutral. But the study shows significant differences in rates around the country, and can serve as a tool for farmers, scientists and government officials, the authors say.

“It’s one piece of the puzzle, to help inform policymakers as they wrestle with these concepts of increasing biofuel production,” said Jennifer Dunn, leader of the Argonne Biofuels Life Cycle Analysis team, which worked along with researchers from the University of Chicago, the University of Illinois at Urbana-Champaign and the International Food Policy Research Institute.

“You still have to look at other factors like biodiversity, soil quantity, water quantity, we don’t want to just say just look at soil carbon.”

Meanwhile sequestration of carbon in soil – which is separate from the ability of trees or plants themselves to sequester carbon – is considered an important factor in combating climate change.

The United Nations’ Food and Agriculture Organization dubbed 2015 the International Year of Soils, and pledged that “we won’t take soils for granted anymore.”

Ryan Anderson, an economist at the Delta Institute, a Chicago-based organization focused on sustainability economies and energy, recently wrote that carbon sequestration in soil is “experiencing something of a renaissance among policy and scientific circles.”

“During the Paris climate negotiations in December, a broad international partnership launched the 4 per Thousand Initiative to encourage better stewardship of soil carbon stocks for meeting long-term climate stabilization goals; an initiative aimed to improve food security around the world. Though the 0.4 percent per year increase in soil carbon sequestration they call for is aspirational, the result at a global scale would be another 4.4 billion metric tons CO2e removed annually from the atmosphere (or nearly two-thirds of all U.S. emissions).”

As the country’s agricultural heartland, the Midwest is arguably the most important region at play in debates over whether and where to create more biofuel production. The Argonne modeling shows that when grassland, cropland and pasture in the Midwest are converted to corn for biofuels, the level of carbon sequestration in the soil stays roughly the same, with variation by individual counties.

Conversion of forest to biofuel crops usually has a negative effect on soil sequestration, including in the Midwest.

Switchgrass yields a neutral to positive change in soil sequestration in the Midwest, and there are strong positive changes in the Southeast when cropland and pasture is converted to switchgrass.

Poplar and willow yield largely neutral results, and the Midwest appears slightly more favorable than other regions for conversion to these biofuels, as far as carbon sequestration is concerned. Willow and poplar replacing existing forest may even mean positive changes in sequestration in the Midwest with the exception of Michigan and Wisconsin.

Miscanthus yields significant increases in carbon sequestration across the country; in the Midwest moreso than other regions there could even be a positive change when forest is converted.

Miscanthus is a tall grass used in Europe for biomass energy production. While it is not widely grown in the U.S., researchers at the University of Illinois and others have found it to have more potential than switchgrass as a biofuel.

Miscanthus-growing poses some challenges, including the fact it is sterile so instead of seeds it is sown by planting roots, similar to planting potatoes.

Researchers and growers in the Southeast have also shown much interest in miscanthus, though the Argonne modeling shows miscanthus’ soil sequestration capability actually may be lower in the Southeast than in the Midwest, relative to existing land use.

“For high-yielding crops like miscanthus – and there’s a similar pattern for biomass sorghum – are there depleted soils where planting these could both increase feedstock availability and also put carbon into the soil?” asked Dunn. “Where you can get multiple benefits out of doing one thing?”

Dunn noted that modeling the soil carbon question is especially valuable since there is very little observed field data on these issues, including for crops like miscanthus which are not widespread in the U.S.

When farmers leave crop residue on the field – a practice known as no-till – or reduce the amount of tilling they do, more carbon may be sequestered because the decaying organic matter adds to soil reserves, and soil disturbance which releases carbon is avoided. (However, the carbon benefits of no-till agriculture have also been questioned.)

The Argonne researchers noted that when corn is grown for biofuel, the stover left over from the stalk is also often harvested to be used as a biomass fuel source, while the corn kernels are used for ethanol production. Removing stover can reduce the sequestration of carbon in the soil, but it also increases the amount of biofuel that can be produced from the crop.

The researchers noted that in the Midwest not only are more crops grown but crops tend to have a higher yield per acre than in other areas of the country.

“Yield is one of the most important factors affecting soil carbon,” said Argonne post-doctoral researcher Zhangcai Qin. “If you have higher yield, you have more biomass, and with that you have more [organic matter] return to the soil. With corn, if you don’t remove the stover, it will eventually decompose and become soil carbon. So higher yield means higher soil carbon containment, which is a good thing.”