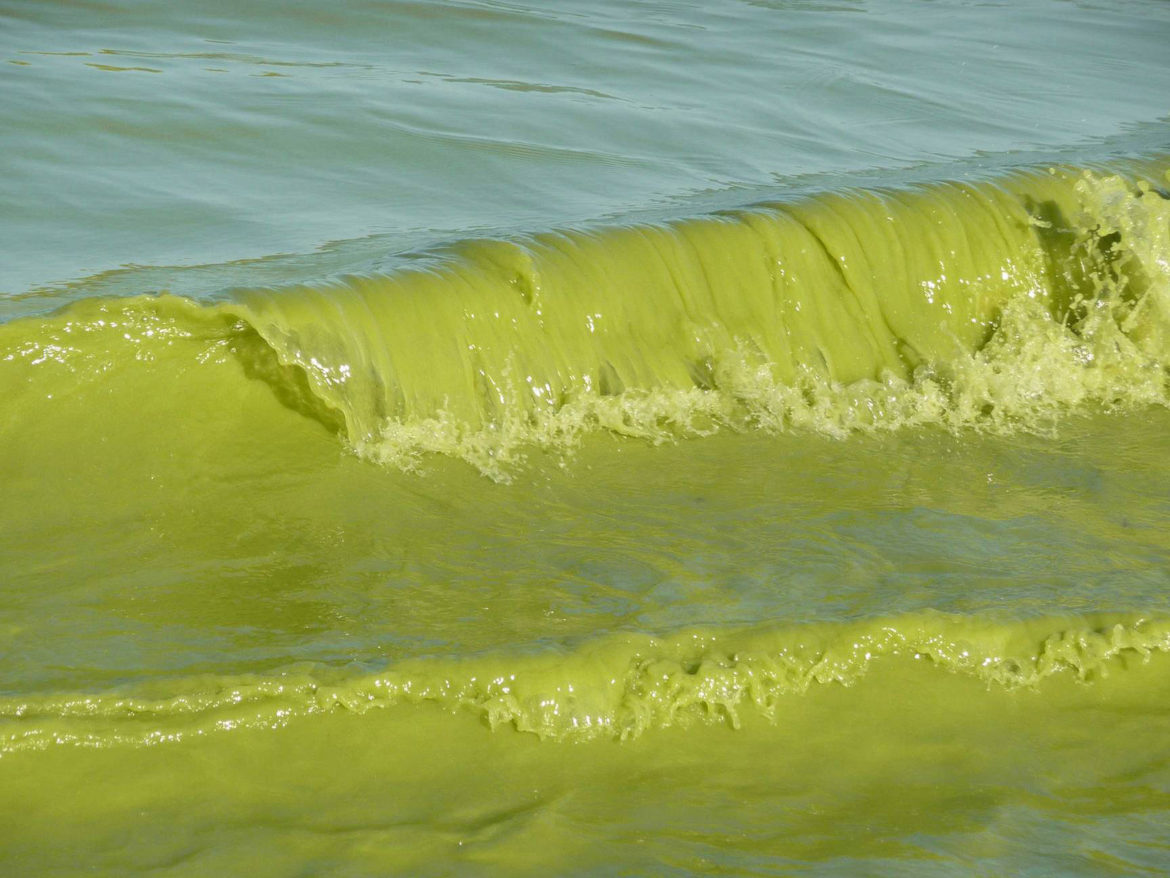 An algae bloom on Lake Erie that shut down Toledo's water supply is an example of how climate change is already impacting Ohio.

Millennials in the United States and their children stand to lose tens of trillions of dollars without bold action on climate change, according to a report released last week.

For advocates in Ohio, the report is another reminder of how high the stakes are in the state’s ongoing energy policy debate.

“If Ohio wants to get a leg up on other states, the first thing we can do is thaw the freeze on the renewable energy standards,” said David Miller at NextGen Climate’s office in Columbus, Ohio. NextGen Climate released the new report along with the policy group Demos.

The ‘price tag of being young’

Although government agencies and others have reported on potential impacts and economic consequences of climate change, the groups’ study is notable because it estimates lost income and wealth on a per-person basis.

As things stand now, a 22-year-old who graduated college last year and earns a median income would forego $126,000 in lifetime income and $187,000 in wealth, according to the report, titled “The price tag of being young: Climate change and millennials’ economic future.”

The outlook is worse for their children, NextGen president Tom Steyer said. According to the report, a child born last year who grows up to graduate from college and earn a median income will lose $467,000 in lifetime income and $764,000 in wealth.

“Climate change may very well be the biggest threat ever faced over the lifetime of a single generation, impacting the incomes, wealth and livelihoods of millions of millennials,” Steyer said.

Those figures are “just about climate change,” stressed Demos president Heather McGhee, although she noted that climate change is “compounding the other economic challenges” that young people already face in society. “This report shows that rising sea levels rival rising student debt as an economic threat to millennials,” she said.

Although the report doesn’t break down the expected losses on a state-by-state basis, “the figures on the economic costs of climate change are for a typical U.S. person at that age,” McGhee said. “It is representative, and you could use the numbers in Ohio very easily.”

“A 2015 US census estimate indicates there are about 2,550,000 millennials in Ohio,” Miller noted. “With an average household including two children, we’re looking at over five million Ohioans adversely affected by the continuing use of fossil fuels.”

Incomes vary by state, however. Although Ohio ranks seventh in population among the states, it ranked sixteenth from the bottom in median income for 2014, according to data from the U.S. Census Bureau.

“The drought in the West seems like it will continue for years to come, according to NASA studies,” noted Foley. “Coastal areas in Florida are in danger of being underwater fairly soon. Extreme heat seems epidemic in large portions of the South, especially Texas and Arizona.”

“I don’t foresee us having those pressures as a region, and we do have an abundance of fresh water, which may make us more attractive for population growth and comparative economic development compared to them,” Foley added.

On the other hand, Ohio is subject to other extreme weather events that will become more likely and frequent with continued climate change. “Severe storms are a great example,” Foley said.

Ohio has suffered substantial damage to property over the last few years in the wake of tornadoes and rainstorms. Parts of Ohio were declared a disaster area as a result of rainstorms, flash floods, high winds and other weather events last year. Severe storms also increase the chances for toxic algal blooms, such as that which temporarily shut down Toledo’s public water system in 2014.

“We are already feeling the effects of climate change,” Miller said.

According to the NextGen Climate/Demos report, a switch to carbon-free energy by 2050 could avoid the worst economic losses. The report authors estimate the change would create two million new jobs, save on energy bills and boost the economy and household disposable income.

Toward that end, the U.S. Environmental Protection Agency issued its Clean Power Plan last year. In 2014, 30 percent of the country’s greenhouse gas emissions came from its electricity sector. Another 26 percent came from transportation. Both sectors rely heavily on fossil fuels.

Various states also have renewable portfolio standards and energy efficiency standards, including Ohio. In 2014, however, the state’s lawmakers put a two-year freeze on additional targets under the state standards. Pending Senate Bill 320 seeks to extend the freeze again and make additional changes to the law.

“Pollution from Ohio coal and natural gas power plants is already responsible for thousands of premature deaths a year — as many as 2,130 premature deaths from fine particulate pollution alone,” Miller said. “This pollution also causes tens of thousands of asthma attacks and other dangerous health effects. These harms are most pronounced near and downwind of coal-burning power plants, and in major population centers such as Cleveland, Columbus and Cincinnati.”

Higher energy bills are also likely if Ohio continues to rely heavily on fossil fuel, Foley said. Coal-fired power plants in Ohio have already been struggling to compete in the marketplace.

“The pressures on fossil fuels as a power generation source are not going to go away,” Foley said. “They will become more and more costly as regulations to cut carbon dioxide and methane are rightly implemented.”

“It is one of the reasons we should be embracing wind, solar and energy efficiency technologies right now,” Foley added.

In Miller’s view, letting the standards resume could also give Ohio a competitive advantage vis-à-vis other states.

“Ohio has world-class universities and businesses chomping at the bit to get into the clean energy sector, but their potential for innovation is on hold through an unnecessary roadblock put up by Gov. Kasich and the Republican legislature,” Miller said. “Every day that goes by under the freeze leaves money on the table that could impact our communities for the better.”

“If the freeze continues, Ohio will continue to be seen as a backwater state,” added Foley. “I don’t see how a continued freeze can have any positive economic benefits for Ohio.”