Photo By
JCESR , used with permission 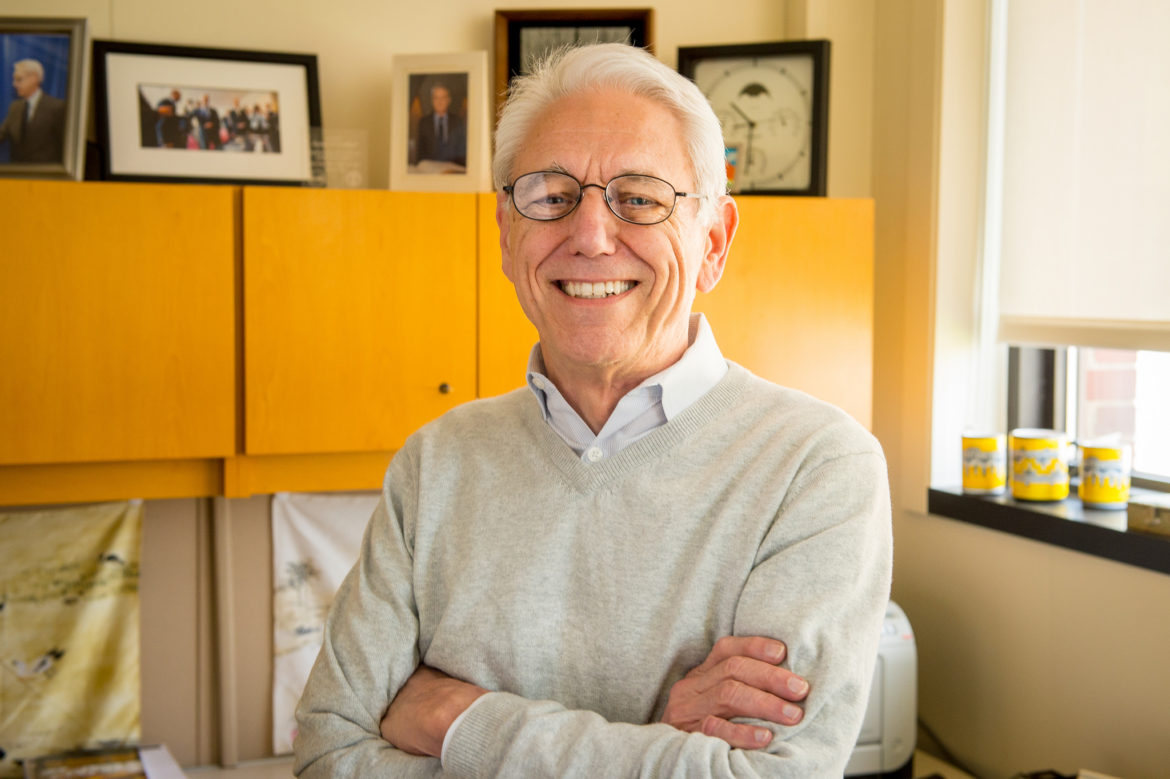 George Crabtree is the director of the Joint Center for Energy Storage Research (JCESR), based at Argonne National Laboratory in Lemont, Illinois.

Now, advances in battery technology promise to introduce a similar kind of customization and independence into energy, says George Crabtree, director of the Joint Center for Energy Storage Research (JCESR), based at Argonne National Laboratory in Lemont, Illinois.

Crabtree oversees a team of scientists and researchers across five national labs, 10 universities and five private-sector partners looking to dramatically improve energy storage technology. Founded in 2012 with a $120-million award from the Department of Energy, JCESR (pronounced JAY-caesar) has the ambitious 5-year goal of developing battery prototypes five times as energy-dense as today’s commercial batteries at one-fifth the cost (“5-5-5” for short).

Today’s lithium-ion batteries ushered in the consumer electronics revolution back in the 1990s, and they dominate the current small but growing electric-vehicle market. Many believe more advanced battery technologies – lithium sulfur or lithium air, for example – are needed to meet the unique demands of transportation and utility applications.

JCESR aims to develop its battery prototypes using these beyond-lithium-ion technologies while also creating a library of fundamental research and accelerating the process of converting promising prototypes into commercial products.

Midwest Energy News discussed the future of batteries and JCESR with Crabtree on the sidelines of the recent Energy Storage Conference, hosted by Illinois State University and Argonne.

What follows are excerpts from our conversation, edited for brevity and clarity.

Midwest Energy News: The battery is a centuries-old technology. Why the surge of interest in it now?

Crabtree: I think it’s because now we see applications for batteries that we didn’t see before. The first one, which nobody foresaw, which developed organically, was personal electronics. Each one of those [camcorders, music players] were kind of individual one-off [improvements] for for that functionality or that technology.

But when we start to integrate things – and the cell phone was really when that happened in the 2000s – that just changed life dramatically. I can make telephone calls, I can send text messages, I can check the Internet. I can see when the CTA bus is going to come, all kinds of other things.

Now we’re starting to see that opportunity for integration of storage with other things that matter. If I could make my car suddenly be three times cheaper to operate, and if I could get the purchase price down, and if I run it on renewable electricity – it doesn’t put any carbon emissions out and there’s no other harmful pollutants – and the electric motor is so much simpler than the internal combustion engine … You just say, “well, why not? That really makes sense.”

So I think it’s kind of a storage moment. The moment is here for personal electronics and it’s kind of nascent, but everybody’s expecting it for cars and the grid and it’s a question of will it really come true or not.

What is the ultimate vision of the way batteries can transform the way the grid operates and delivers energy to people?

The old grid was: I’ve got a power station here, it burns some fossil fuel, and wires go out to the customers. If you want to be a customer, let me know, I’ll bring a wire out and I’ll send electrons one way to you, and if you want them, throw the switch and accept them. If you don’t, turn off the switch and you don’t take it. It’s one-size-fits-all. That’s going to go away. Everything else in life has been personalized – cell phones are a great example – but even businesses kind of personalize to my experience.

Transportation is that way, too. I don’t have to buy the car – I’ll buy the service and the service will do exactly what I want. So I’ll call Uber: “I’m standing here, come get me. Take me there.” That’s really personalized. And you might imagine, to take that analogy a little further, that car ownership will disappear. Why would I have a car? Whenever I want to go somewhere, I’ll just call Uber. I won’t have to park. I won’t have to drive around looking for parking. We can get rid of all the parking garages in downtown Chicago and build luxury condominiums or something. That would simplify life and that’s an example of being personalized.

The question is really: can the grid become personalized? The first step is I’ll put a solar panel on my roof and I can generate some of my own electricity. But I will be gone during the day. I’m going to go to work and my kids are at school, so I’m going to be generating electricity that I won’t need. What will I do with that? Well, I could not use it and forget about it.

Or – the way it works in Illinois or in many states – I can sell it back at net metering and get full credit for it, and, later on, take some more from the grid when I do need it. Or I can stick it in a battery, which I have in my garage … I’ll buy the size panel that I want. I’ll buy the size battery that I want. I’ll choose everything to fit my lifestyle, and it’s completely personalized.

Bottom line, yes, I think we’re on track. When we first set 5-5-5, lots of people said “what are you doing?” The Japanese now say 10-10-10, a little bit different, but the same scale. Things have moved along to where [our target] is not crazy anymore, and if we had been more incremental five years ago, we would have been left in the dust. We said, “let’s be transformational and visionary.” Why do anything incremental? That will happen anyway.

We just had a call yesterday with our sponsor, Basic Energy Sciences in [the Department of Energy], and the exact purpose of that call was for us to let them know where we are … We were happy with the call and I think they were happy with it too, but there are challenges ahead. We have approaches to meet those challenges. A lot of things fail in the battery business for unexpected reasons and we expect some of our ideas will fail too, so we have some backup ideas to roll into place when they do fail.

How have you seen the battery ecosystem in Chicago and Illinois evolve over recent years? Do you think there’s room for more growth?

There is already some innovation growth and startup companies. One of them is SiNode [Systems], which came out about the same time that JCESR launched. Their goal is to put some silicon in the graphite anode and make the combined anode much more energy dense. SiNode came out of Northwestern and Argonne. They just won [$4 million from the United States Advanced Battery Consortium] to take their technology to the next level. There’s an actual case that’s happened. Yes, you can do that in Illinois.

Samir Mayekar is the CEO. We ask him to present with us quite frequently, and he says to his audiences “I don’t want to leave Chicago. I want to stay here. I could go to the West Coast, but I don’t want to. I want to develop the Illinois culture.” And I think everybody here, the state certainly, is very much in favor of doing that. It’s good for everybody. There’s no reason why you wouldn’t want to do it.

[Illinois has] no money, which is a problem. They’re broke. And unlike Silicon Valley, which has lots of drivers making it go, there are fewer drivers here in the Midwest around Chicago. But there are drivers. There’s 1871, and there’s lots of incubators around. [The Illinois Institute of Technology] has one and Northwestern has one. University of Chicago started one after JCESR launched and we play a big role in advising them.

So I would say, yes, there is an opportunity here. A lot of people say let’s make Chicago the next Silicon Valley. It’s never going to happen, because Silicon Valley developed for reasons that are quite local – including Stanford and some other things – thirty years ago. But you can have an innovation ecosystem here that would be different, targeted to the Midwest and what we can do. There’s no reason why batteries shouldn’t be at the center of that.