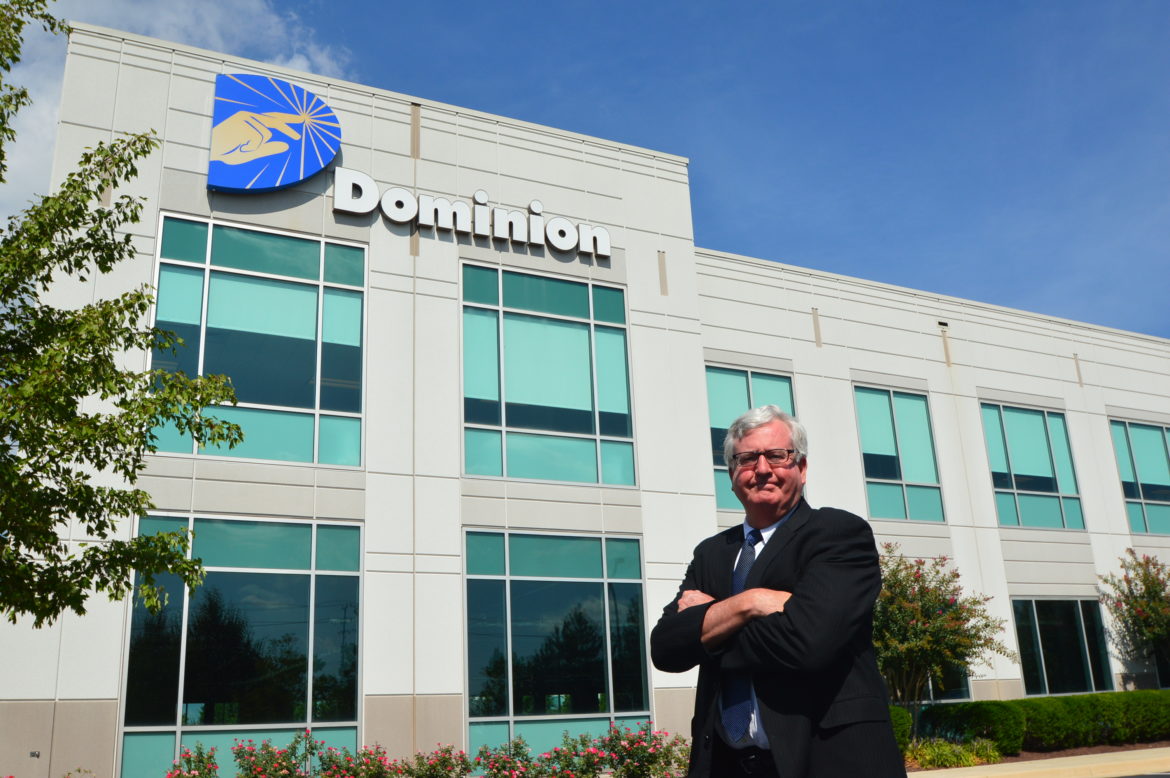 Activists who believe Virginia’s dominant utility has too much sway over energy policy and utility rates often point to the lack of a dedicated state consumer advocate as part of the problem.

Now a former consumer advocate for the state’s most populous county – Fairfax County, in Northern Virginia – and a Virginia citizens group are among those trying to change that.

“The public may have the impression they are represented by a strong state government-sponsored consumer advocate, but that is far from the truth,” Sinclair said. “It’s really a David and Goliath type of situation. It gets worse every year.”

Sinclair seeks to publish a paper that he says documents maneuvers by Dominion to push costs onto ratepayers. That, along with statements and a filing by the Virginia Citizens Consumer Council, revives a push for energy ratepayers to be directly represented in Virginia as they are in most other states.

The Consumer Council calls on the Virginia State Corporation Commission (SCC), which regulates utilities, to stop Dominion from billing ratepayers for development and preliminary construction costs at North Anna 3 until that reactor is approved by regulators. That approval may be tied to authority to build and operate the reactor needed from the U.S. Nuclear Regulatory Commission, which isn’t expected until 2017 at the earliest.

The move comes 16 years after a popular state lawmaker and then regulator – Theodore V. “Ted” Morrison – articulated the need to engage consumers.

“We can’t sit here in Richmond and do our job without having people let us know what is going on,” Morrison told the Daily Press in 1990 as he became one of three commissioners on the SCC, which, among other responsibilities, hears energy utility rate cases. A 2009 editorial in the Virginian-Pilot revived Morrison’s call “for independence in consumer advocacy.”

Virginia’s Office of Attorney General does staff a Division of Consumer Counsel “to represent and be heard on behalf of consumers” and “to protect the interests of consumers,” according to the state’s Constitution. But its actions are limited to enforcing laws, not advocating for consumers. Its web site states it focuses on “keeping Virginians safe from things like identify theft, consumer fraud and telemarketing scams.”

“The attorney general’s work is spotty at best due to limited staff – with three to four part-time attorneys – and resources,” Sinclair said. “Compare that with utilities and even large usage customers who are well represented by law firms, and residential ratepayers’ interest oftentimes gets lost. Besides legal counsel, they need expert witnesses on staff and the ability to put forth credible and effective testimony without undue political influence.”

Irene Leech, a professor at Virginia Tech who represents the Consumer Federation of America in Virginia through the Consumer Council, hailed Sinclair’s work because “the Attorney General’s office doesn’t have any teeth, is poorly funded and has no visibility.”

David Botkins, a spokesman for Dominion Virginia Power who worked in the Office of the Attorney General from 1998-2001, disagrees.

“The Commonwealth has a very vigorous consumer advocate on all issues, including energy policy,” Botkins stated in an email. He said the Attorney General’s office “does a very effective job” of “standing in the shoes of consumers.”

To which Leech responded: “Of course he will say that there’s plenty of consumer representation. They (Dominion’s attorneys) don’t get everything they want every time.  Compare what they get with what happens in other states, and it’s clear that Virginia is exceedingly compliant with our primary investor-owned utility.”

Ivy Main, a Virginian who is a long-time advocate for the consumer and economic benefits of solar and energy efficiency and blogs frequently on clean energy topics, said consumers need “a voice that doesn’t depend on who holds the Office of Attorney General.”

To help make the case for a full-time consumer advocate, Sinclair submitted a paper for publication in a prominent trade journal recounting the legal and regulatory maneuvers that he says undermine consumer interests in Virginia, but its editors have yet to publish it. He also has submitted a version of it to the law reviews at the University of Richmond, University of Virginia and William & Mary.

Among the most illuminating utility laws and regulations that illustrate how the scales are tipped against consumers, Sinclair said, are:

The General Assembly’s passage of the 2007 Virginia Electric Utility Regulation Act was widely seen as being more generous to utilities than the laws that existed before Virginia tried to introduce competition. The Credit Suisse investment firm labeled it “one of the best regulatory deals in the industry.” One industry assessment cautioned about a regulatory pushback over what it termed “the unfairness and overreaching nature of many aspects of the system adopted in 2007.”

The 2007 Regulation Act authorizes Dominion to roll in about $310 million, or about half of its total costs to date, for developing the option of a third reactor at its North Anna nuclear plant.

In part because there has never been any input from a dedicated consumer advocate about who pays for North Anna’s preliminary costs, Leech said the Council felt it needed to do something to hold Dominion accountable. “This wasn’t a path we’ve ever needed to take before,” she said.

At 1,500 megawatts and an estimated $20 billion, that reactor would be the largest and most expensive reactor ever to be built in the U.S. By Sinclair’s estimates, the cost to build North Anna 3 could boost the utility bills of Dominion ratepayers about 25% while adding only 10% to its total generation capacity.

In the 2009 rate case, the Republican Attorney General at the time – Bill Mims – “was complicit” with Dominion and other large parties to secure a generous settlement for the utility, according to Sinclair.

The 2015 law –SB1349 – removed the power of the SCC to adjust Dominion’s base rates retroactively to 2015 and freezes them through year-end 2019. That ended the SCC’s and interested parties’ ability to challenge whether Dominion makes too much money and ratepayers are due a credit. SCC commissioner James Dimitri said at the current rates, Dominion now is able to generate “excess revenues of hundreds of millions of dollars” while they are fixed.

The current Attorney General, Democrat Mark Herring, initially opposed SB1349. Now he is legally obligated to defend it when an appeal of that law is heard and acted on by the Supreme Court as early as 2017.

During this interim period Dominion is expected to ramp up its request through legislation and other means for hundreds of millions of additional dollars to continue researching more reactors at its North Anna nuclear plant in central Virginia. Ratepayers would be charged to pay for 1,000+ megawatts of new capacity long before a new reactor could begin generating electricity. That could be secured by “riders” on ratepayers’ bills if not the base rate.

Currently, there are eight such riders on the bills of residential ratepayers which add to the total amount due every month beyond the relatively low “base rates” that Dominion promotes. Including a monthly credit of 3 cents, the riders on the author’s most recent bill account for almost 12 percent of the total amount owed.

During the 31 years Sinclair served as a utility analyst and then Chief of the Public Utilities Branch for Fairfax County’s 1 million-plus residents, citizen activists throughout the state say he was the only local or state official who advocated for consumers and stood up to Dominion. No other local jurisdiction in Virginia had – or has – such a position or employee.

Of the states that do fund a consumer advocate – typically out of a surcharge on utility bills – that position is housed at their office of consumer advocate or public service commission.  The SCC it is charged with being neutral in matters that come before it.

Sinclair has said “legislators have shared with me how they only get one side of the story – from Dominion – and how it needs to change.”