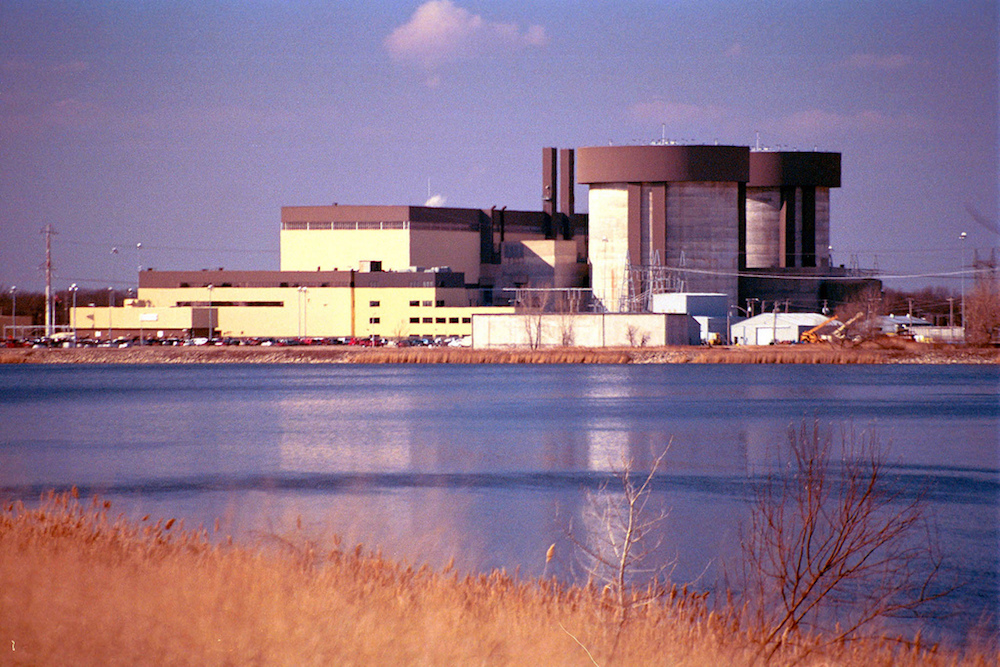 Exelon's Braidwood nuclear plant in Illinois has received federal permission to increase the maximum temperature limit for its cooling water, which researchers say could be a growing problem for nuclear plants.

Nuclear power proponents say the energy source is crucial to reducing the impact of climate change.

That’s because nuclear power plants need large amounts of water for cooling, and overheating can present a major safety risk. As the lakes and rivers that typically supply cooling water become hotter thanks to climate change — and as droughts dry up some water bodies — nuclear power plants face problems, researchers say.

They may need to temporarily shut down or scale back their generation on hot days, which is just when their power is needed most.

This challenge is the focus of ongoing research spearheaded by Oak Ridge National Laboratory and also involves the national laboratories at Sandia, Los Alamos and Argonne. Researchers are modeling predictions about population, temperature, electricity demand, precipitation, land use and other factors to predict the water-related stress on power plants.

“You need to have enough water to cool the power plants and have drinking water and water for agriculture and other industries,” said Melissa Allen, a leader of the team effort and a post-doctoral researcher at Oak Ridge’s Climate Change Science Institute.

“If you have a rise in temperature mid-century and with that rise in temperature the atmosphere is able to hold more water, it rains less and when it does rain it’s in a huge amount all at once, so much of it is being wasted,” Allen said. “During those droughts expected with climate change you can run into a situation where you may not have enough water. At the same time more water is evaporating from lakes and streams, people need more air conditioning to feel comfortable. So at the same time you have extra demand for that resource, you have less ability to meet it because of water shortage or water temperature.”

A recent paper by the national laboratories predicts that “more severe summer heat waves and droughts in the US Midwest and other regions due to climate change, along with changes in population distribution, pose risks for electricity shortages.”

The paper notes that along with increasing temperatures and droughts, the number of electricity customers is expected to double by 2054 and total demand for electricity to increase by 72 percent.

Their modeling examines the Chicago area and other regions, including Southeastern states where severe storms are common.

The national laboratories examine how different energy portfolios would function under warming temperatures, and they conclude that technology, utility rate structures that encourage conservation and the replacement of older power plants with more water-efficient ones can reduce the risk of electricity shortage.

“This shows how important it is to include climate change and population movement in your scenario-building for retiring old plants and bringing in new ones, considering what type of generation makes sense,” said Allen.

“Look at water resources, how much of your generating fleet would you like to have dependent on water? Renewables like solar and wind would not require water but also don’t generate as much power as fossil fuel and nuclear that require water. How do you get the right mix with enough energy but as little water as possible?”

The Nuclear Regulatory Commission sets limits on how warm the cooling water can be for each nuclear plant.

The owners of the Millstone plant in Connecticut, Turkey Point in Florida and Braidwood in Illinois have sought and obtained permission from the NRC to increase the maximum temperature limit for their cooling water, Lochbaum noted.

“Millstone uses the Atlantic Ocean, Turkey Point uses a canal system supplemented by water from the Atlantic Ocean, and Braidwood uses river water,” he said. “As global warming increases the temperature of oceans, lakes and rivers, they will hit these limits more often. There are two choices: to reduce power because you can’t exceed those limits. Or do what Turkey, Braidwood and Millstone did — do the homework to get the limit raised.”

Lochbaum analyzes reports from the NRC showing when nuclear plants scale back generation because of warm water.

In June, nuclear plants in Georgia, South Carolina and Pennsylvania scaled back their generation multiple times because of hot temperatures warming their cooling water. The Limerick power plant on the Schuylkill River near Philadelphia has scaled back because of high temperatures frequently over the past decade, according to the reports.

The Dresden and Quad Cities plants in Illinois had to scale back because of high water temperatures multiple times over the past five years. The Duane Arnold plant in Iowa and the Monticello plant in Minnesota also reported scaling back generation because of temperatures.

When cooling water is warmer, greater volumes are needed to cool the reactor. Plants also typically need approval from the NRC to increase the amount of water they use for cooling or to install new technology — like larger pumps — in order to deal with warmer conditions.

“With plants in the Midwest and Northeast facing competition from natural gas and so on, it’s difficult to find the money even if you can make the justification that the money [invested in new cooling systems] would pay off in two years,” said Lochbaum.

Revis James, vice president of policy planning and development for the Nuclear Energy Institute trade group, said warming water temperatures are a concern for nuclear power plants, but a manageable one.

“Nuclear plant cooling systems are designed based on assumptions regarding availability and maximum limits for water temperature in the ultimate heat sink, i.e. the ocean, river, or lake that provides ultimate cooling,” he said. “Efficiency is impacted by higher water temperatures. [But] nuclear plant siting, design and operations all take into account variations in cooling water availability and temperature, and are usually designed to accommodate some elevated temperatures.”

In addition to the NRC limits on the temperature of cooling water at intake, there are limits on the temperature of cooling water discharged from power plants to protect aquatic life in those water bodies. These limits are governed by federal law and are usually enforced by state agencies, which set specific limits for each plant depending on the ecology of the water body.

Power companies often ask for those limits to be increased, which typically involves convincing regulators that warmer water will not harm aquatic organisms.

“Coal plants are affected but they don’t have the temperature limit for safety reasons that nuclear plants do, and you generally hit that first,” noted Lochbaum. “So nuclear plants will feel the pain before coal plants do.”

Lochbaum explained that in both coal and nuclear plants, “Most cooling water drawn in is to cool the steam. If that incoming water temperature gets too high, its ability to cool that steam and allow condensed steam to be reused is impacted. If you can’t cool the steam you won’t have electricity for too much longer.”