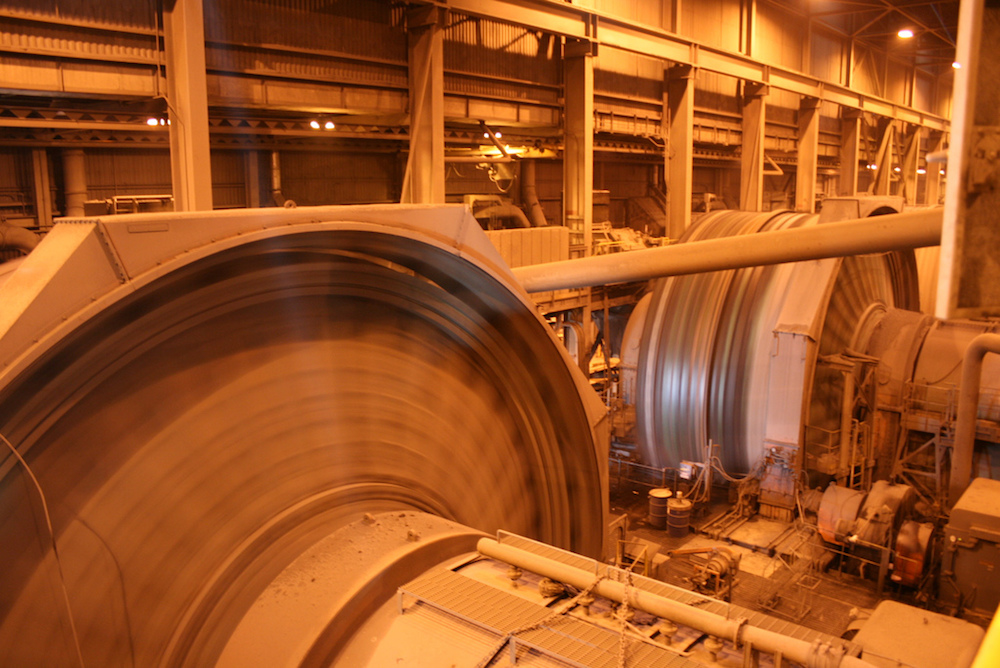 Minnesota’s taconite industry would see a rate decrease under a proposed plan by Minnesota Power, which is being fought by the new advocacy group Citizens Utility Board of Minnesota.

A new advocacy group has begun working on behalf of Minnesota ratepayers to hold down utility charges while also promoting energy efficiency and renewable energy.

The Citizens Utility Board of Minnesota will appear before the state Public Utilities Commission today making arguments on behalf of the CUB and three other organizations representing low-income residents and seniors.

The groups submitted arguments in a July filing against a proposed residential rate increase from Minnesota Power that would also lower rates for industrial customers.

Annie Levenson-Falk is executive director of the Citizens Utility Board of Minnesota. Credit: Stephen Stephens Photography

The Minnesota CUB is similar to nonprofits in Wisconsin and Illinois that carry the same name but operate independently, according to Executive Director Annie Levenson-Falk. The initial money to start Minnesota’s CUB comes from the McKnight Foundation, with startup expertise and assistance provided by the Illinois CUB.

Clean energy advocates and others “saw a need for a consumer voice,” she said, and arrived at the idea for a statewide organization for residents and small businesses.

As Levenson-Falk sees it, CUB will be the advocate for all ratepayers and work with allies who serve specific constituencies, such as AARP Minnesota, Energy CENTS Coalition, Mid-Minnesota Legal Aid and the Minnesota Citizens Federation Northeast.

Although clean-energy groups such as the Great Plains Institute and Fresh Energy (which publishes of Midwest Energy News) promote renewable policies, she said they do not always necessarily focus solely on rates.

Clean energy will be promoted by CUB as long as it doesn’t hurt ratepayers, she added.

“We like clean energy and we want energy to become cleaner for consumers. But it has to be cost-effective for consumers and we might at some point have a different interpretation of that,” she said.

Although policy will be a big part of CUB’s emphasis, Levenson-Falk said the nonprofit’s other role will be to help consumers and small businesses understand the options they have to improve energy efficiency, install renewable energy and employ other measures to reduce their utility bills.

Buddy Robinson, executive director of Minnesota Citizens Federation Northeast, sees the appearance of CUB as a “positive development” in rate cases and in consumer education. The supportive role of a “long-standing and pretty effective CUB in Illinois” will be another asset to Minnesota advocates, he predicted.

Rolf Nordstrom, president and CEO of the Great Plains Institute, said having another voice for ratepayers will be important as power companies shift to a “more consumer-centric utility model” that requires greater community engagement.

“I look forward to working with her in her new role,” he said of Levenson-Falk, who formerly led the Minnesota Legislative Energy Commission, which advises state lawmakers on energy issues.

CUB’s first effort is in opposition to a proposal by Minnesota Power to decrease the electricity rates of large industrial customers while increasing rates for residential ratepayers.

The proposal is directed at “Energy-Intensive Trade-Exposed” (EITE) customers, as defined by the Legislature, which passed the cost-shifting law in 2015.

State regulators failed to approve an EITE rate proposal earlier this year. Today, the PUC will hear arguments in a public meeting over the latest EITE filing from Minnesota Power that was submitted in June.

The Minnesota Power will increase residential customers 10 percent,  around $100 a year,  while EITE customers will see a 5 percent decrease.

The law requires companies and Minnesota Power — the only utility that has the ability to offer EITE —  to show that reducing the cost of electricity on industry would lead to increased job retention and growth, as well as more production.

But Levenson-Falk argues that Minnesota Power has not offered evidence this will happen. Two companies asking for a rate decrease have returned to full production, she said, so the decrease is unnecessary.  The 10 percent rate increase “would be a substantial burden for many households,” she added.

Additionally, Minnesota Power’s filing is not significantly different than the first time it submitted an EITE case, Robinson said.

In fact, the fate of taconite companies has improved dramatically with the return of more than 1,000 workers, he said, or half the jobs the industry lost during the last few years.

Opponents arguing against the EITE suggested a more effective strategy would be for the federal government to impose tariffs on subsidized steel imports. The tariffs, which passed this summer, hit Chinese imports hard and improved employment in the American steel industry, Robinson said.

Levenson-Falk, 33,  said the EITE debate is just the first of many she plans for CUB. Data involving consumer energy use is another area where she plans to advocate for ratepayers looking to save money on energy bills by knowing and understanding how they could save money.

An administrative law judge is collecting comments about energy data for the PUC. The Illinois CUB already has experience in how data can be effectively used by consumers, she said.

“We could be getting a lot of value out of that data,” Levenson-Falk said. “We could be more efficient and reduce load peaks, for example. There’s a lot of value to be had in that. And from the consumer’s perspective, they should be able to see their own data if they want to.”

She comes to the CUB position with a rich background in energy policy, having led the state’s Legislative Energy Commission for nearly two-and-a-half years. The joint House-Senate commission evaluates state energy policies from an environmental and economic impact.

Prior to that position, Levenson-Falk worked for seven-and-a-half years for the Citizens League, a non-partisan public policy organization. It was there she fell in love with energy policy.

“I worked on all kinds of policy issues but I can say that energy was one area where things are happening in a positive way,” she said. “Clean energy is getting less expensive and policy is changing. It’s moving in a better direction than health care or education, which are important and interesting, but where not much has changed for decades.”