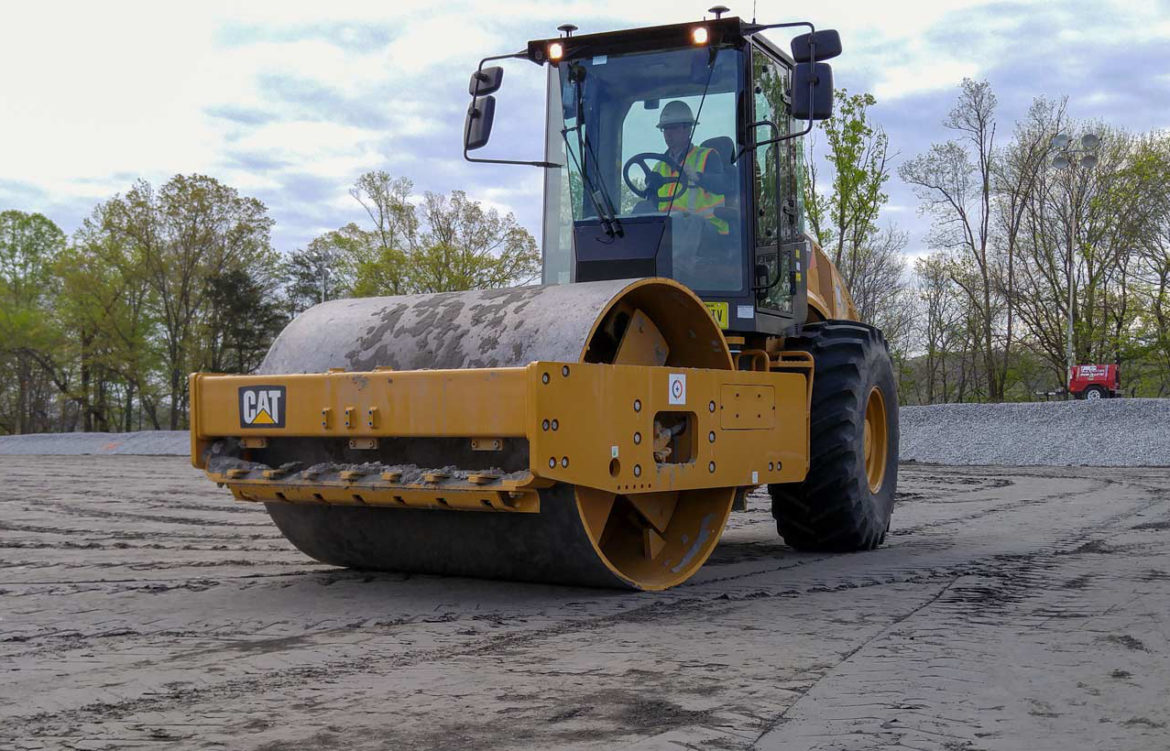 Editor’s note: This story has been updated to clarify technical issues.

How to dispose of coal ash? It’s a particularly pressing question for the Tennessee Valley Authority (TVA), whose 2008 dam breach at their Kingston, Tennessee plant spilled 5.4 million cubic yards of coal ash into the Clinch and Emory rivers, and led to congressional hearings and new 2015 regulations on depositing ash.

Companies are now turning to multiple solutions for both current and retired coal plants: cap-in-place, closure-by-removal, and hybrid closure methods that blend re-use with stabilization strategies, such as adding concrete, lime, or water-repellant hydrosilanes.

TVA is taking a new approach by experimenting with “intelligent compaction technology,” which is primarily used to create roads and airfields. By 2024 TVA will close all but six of its coal plants and will use the technology at all of them, at a cost of around $1 million for each location.

Advocates warn, however, that the area’s geology still poses risks.

“The developments in computer, the internet, wireless data transfer and the ability to handle huge amounts of data in computer software programs has allowed this new technology,” said White.

TVA’s compacting machines are equipped with rollers fitted with a vibrating drum and sensors that send real-time data to a computer 100 miles away. The data includes the number of roller passes needed to compact the ash, the chemical makeup of that particular ash—which will differ depending on the source of the coal—as well as the exact GPS location where it is being laid down.

The sensors also relay how much moisture the ash contains, which can be corrected in real time—adding more water or more ash so that the shear strength (how hard you have to try to cut a material without it breaking) is ideal. A mobile lab is also on-site to measure different properties of the coal ash.

Ultimately, the ash is pressed into a rock-hard density that proponents say is unlikely to ever leach. The layers will eventually form a pyramid, says TVA environmental engineer Nicholas McClung, with a cap on top. That will allow rainwater to drain easily into a basin.

TVA program manager Nicole Walker describes the three-dimensional computerized compaction map as a kind of “MRI of each layer. It allows us to have 100 percent visibility into each layer in the stack from day one until we close the stack 30 or more years from now.”

Standard compaction methods might test several inches on a whole acre, while intelligent compaction tests measure every single inch. The advantage, says Miller, is that “if an engineering problem arises years later, we can slice down the model to see where the original discrepancy occurred. What are the properties of the ash right here at this one spot where perhaps we’re seeing erosion or a sinkhole or a rise in groundwater in the stack?”

And those problems may indeed arise, according to Amanda Garcia, a staff attorney at the Southern Environmental Law Center (SELC).

That’s because at least two of the TVA’s ash sites—the Kingston plant, and Gallatin, both in Tennessee—are built on vulnerable karst bedrock, which is characterized by dissolved fractures, sinkholes, caves and cavities. Chemicals from coal ash can be carried by water through karst into vulnerable rivers.

The U.S. Environmental Protection Agency recommendations for karst terrain state that “engineered solutions are complex and costly, and the best protection is not to site CCR landfills and surface impoundments in karst areas.”

“Kingston has a history of 28 sinkholes and dropouts,” says Garcia. “A major sinkhole in 2010 caused the liner to break and dumped a large volume of gypsum ash into the groundwater and Clinch River.”

This happened so fast, according to the Statewide Organization for Community Empowerment, that it caused a vortex in the waste and resulted in significant contamination to the Clinch River before it was discovered. Says Garcia, “Our understanding is that steamrolling and radar will not prevent future formation of sinkholes at the site.”

Conservation groups, says Garcia, submitted comments about Kingston. They noted, for instance, that at one recently constructed landfill at Gallatin, which has had at least 100 known sinkholes, TVA “conducted a site specific hydrogeologic investigation that included substantial, high-tech investigative techniques that were not implemented or seemingly even considered by TVA for the Kingston facility.” Kingston is currently approved for 50 acres of landfill, says Garcia, with plans to expand another 41 acres over time.

The SELC is also litigating the issue of coal ash stored in leaking, unlined surface impoundments on top of karsts at Gallatin, and Garcia reports that “the district court recently issued an order allowing our claims related to discharges through sinkholes and fissures to go forward.”

Scott Fiedler, a spokesperson for the TVA, says the utility has “extensively supplemented” its earlier Kingston investigations. “We found that dewatering and capping ash impoundments would significantly reduce structural integrity and groundwater contamination risks.”

Gallatin’s analysis, in turn, was completed for a new landfill, with more surveying required. He adds that the Tennessee Department of Environment and Conservation (TDEC) ruled that TVA had fully addressed issues with karst; and that in 2014 TVA received national recognition for engineering solutions on karst in 2014 from the American Council of Engineering Companies.

“TVA determined that the environmental and safety impacts of moving ash to another site significantly outweighed the impacts of closing impoundments in place,” Fiedler said.