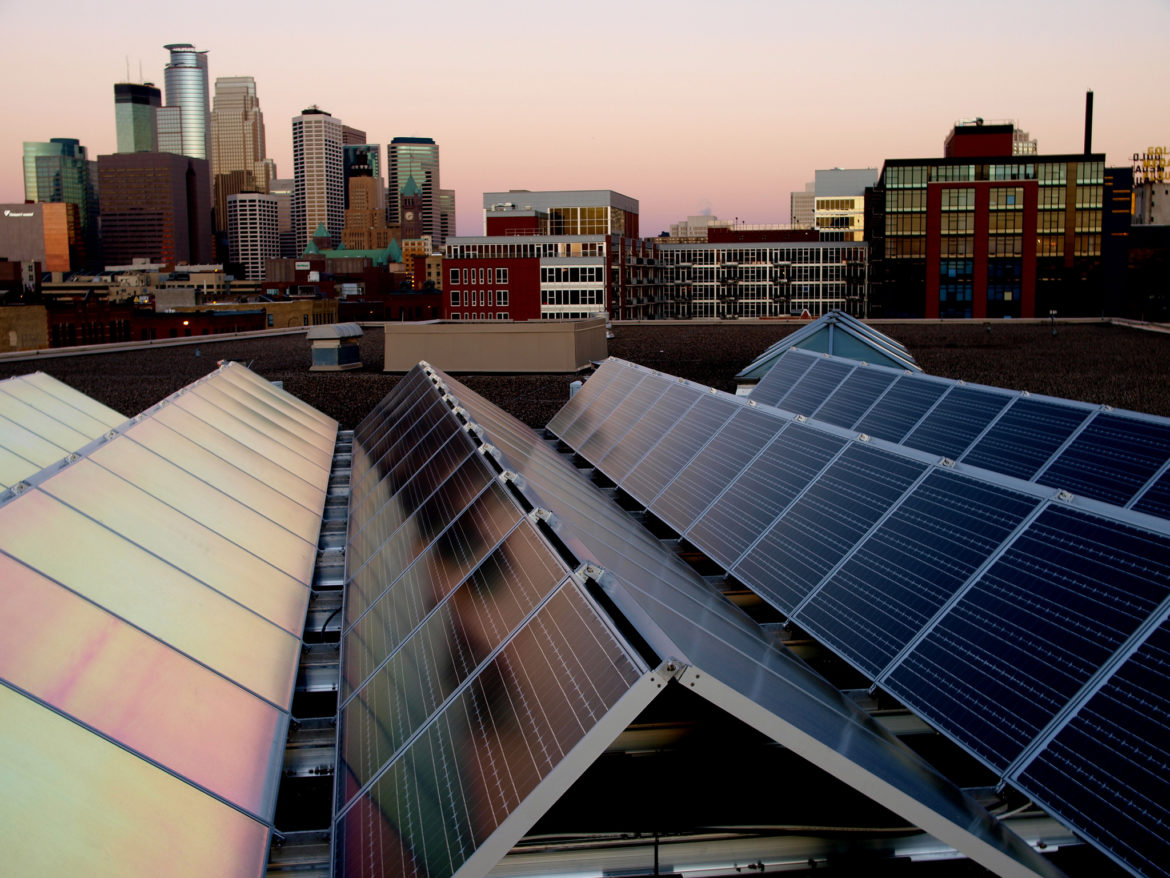 Six Midwestern cities are among 22 communities nationwide that were commended on Monday for taking innovative approaches to streamlining solar development.

Their actions were aimed at reducing the “soft costs” of solar installation – the costs outside the actual hardware – and are estimated by the federal Department of Energy to comprise about two-thirds of the price of a solar installation.

Milwaukee, Minneapolis, and St. Paul; as well as Kansas City, Columbia and Gladstone in Missouri, are among the cities that were recognized at a meeting in Kansas City of the International City/County Management Association.

Although federal and state governments generally take the spotlight for offering tax breaks and other incentives aimed at fostering solar, “cities can do a lot about soft costs,” said Gayle Prest, Minneapolis’ sustainability director. “How easy is it to get a permit? How fast can you get it? What is the city doing to help finance, or to market, solar?”

Five years ago, the federal Department of Energy launched its SunShot initiative, aimed at making solar energy cost competitive with other forms of energy by the end of the decade. Reducing soft costs is one aspect of the program.

The management association, together with the Solar Foundation, identified cities they believe have effectively streamlined the city building and zoning bureaucracy, or otherwise eased the process for installing solar panels.

In Columbia, for example, the city council recently passed a revision of the building code that will require all new residences to be solar-ready. As of Oct. 1, they will be mandated to have adequate south-facing exposure, sufficient structural support to hold up solar panels, and a roof pitch that will optimize solar production, said Connie Kaprowicz, a spokeswoman for the city-owned utility.

About a year ago, the city began offering low-interest loans to electricity customers wanting to install solar panels. With interest rates ranging from 1 percent for a three-year loan to 5 percent for a six-to-10 year loan, the revolving loan fund is financed through the electric department’s general revenues.

“It makes it very favorable for people who don’t have the money upfront,” Kaprowicz said.

And in 2009, the city utility began to pay a rebate of $500 per kilowatt for up to 10 kilowatts of capacity. It also pays retail rate for any excess solar energy produced by its customers.

“We feel that solar is an important resource during the summer peak,” Kaprowicz said.

In Kansas City, the process began with a close look at the zoning code, said Dennis Murphey, the city’s chief environmental officer.

“While the code had never prohibited solar installations, we found it didn’t speak to them, which left a lot of uncertainty about whether you needed any permit to do solar,” he said. “We revised the zoning ordinance to clearly indicate that solar installations are allowed on structures or on ground mounts in the back or side yard of a house. Anywhere in the city. There are no limitations in terms of zoning districts.”

The city has aimed to facilitate solar installations by creating a “one-stop shop” where, according to Murphey, a permit for a residential solar array generally can be had in little more than one hour.

“In many communities,” he said, “apparently the process for getting a building permit can be a significant obstacle.” In Kansas City, by “cross-training” codes reviewers and building inspectors, he said, “one single reviewer will be fully capable of discussing electrical, structural and zoning requirements. That saves the homeowner and installer time and money. If it’s a straightforward residential install – which most are – the permit can be granted within an hour of the application.”

Commercial projects are a bit more idiosyncratic, and so take longer, he pointed out.

The City of Minneapolis created a very detailed and specific solar checklist “making it very clear what the process is,” said Gayle Prest, the city’s sustainability director. “You can come in to the permit desk and get a permit the same day, which is amazing compared to some other cities. Once you get your permit, we do an inspection within days. It’s about moving this along as quickly as we can.”

Although the Solar Foundation and city-management association identified a couple dozen cities with exemplary solar policies and practices, they remain a small minority, according to Brian Ross, a senior program director with the Great Plains Institute in Minneapolis.