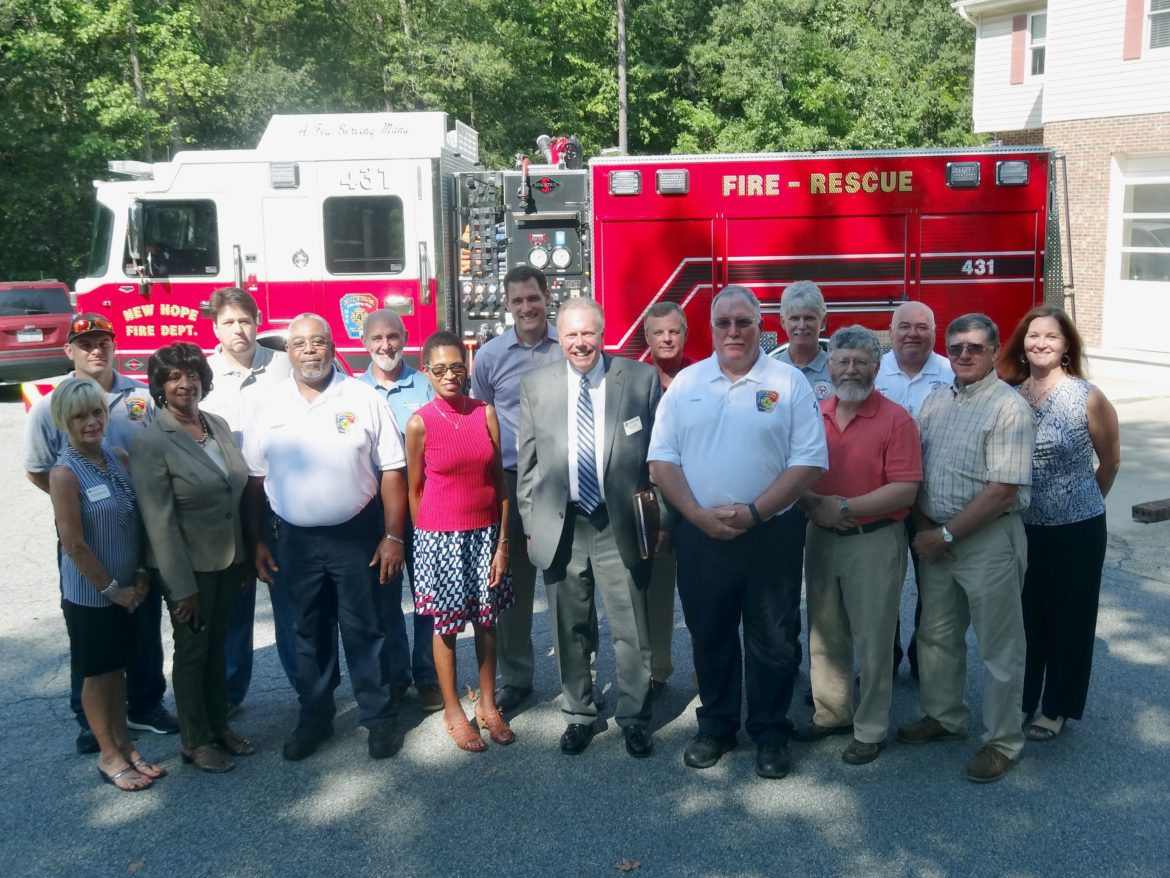 Member-owned cooperatives generally abide by seven principles. The seventh is Concern for Community, a tenet that includes “sustainable development.”

In North Carolina, rural electric co-ops are able to fulfill that promise in part thanks to aggressive participation in the U.S. Department of Agriculture’s Rural Economic Development Loan & Grant Program (REDLG).

The program enables the co-ops to offer zero-interest loans in their communities – including for clean energy and efficiency upgrades – and North Carolina is outpacing every other state when it comes to these community investments.

Since 2009, the USDA has invested more than $330 million in loans and grants through the REDLG (pronounced “red leg”) program. During that same time period, communities in North Carolina benefited from more than $46 million in REDLG investments, according to USDA spokesperson Delane Johnson.

That’s in addition to millions of dollars in energy efficiency loans through a separate USDA program, which North Carolina is also the top beneficiary of.

Johnson says REDLG was created to provide access to capital for community and economic development, help rural businesses expand, to help with both business and employee retention and to improve rural infrastructure.

Through the program, the USDA provides grants and zero-interest loans to co-ops. The money is then loaned, still at zero-interest, to local governments, businesses, non-profits and tribes for development projects. Those organizations repay the lending utility over the course of as many as 10 years. REDLG loans through co-ops can cover up to 80 percent of a project’s costs with the developer covering the remaining 20 percent.

Eddie Miller, vice president of community development for the North Carolina Electric Membership Corporation, says the program has funded 86 projects in the state and created 2,500 jobs. He says those projects have led to additional community investments representing $480 million worth of total investments.

The REDLG program is a “very small program as it relates to federal programs” – $37 million in loans and $11 million in grants this year – “especially when you spread it across the whole nation,” says Miller.

“Some other states, for whatever reason, don’t use it,” he added, but “(North Carolina co-ops) got over $4 million in grant money this year out of the $11 million.”

“There was one fire department that needed a million-dollar ladder truck because of the number of buildings over three stories,” says Miller. “The fire chief told me that the ladder truck would help reduce the property insurance in their service territory by $700,000 per year.”

Susan Cashion, a spokesperson for Piedmont Electric, based in Hillsborough, began utilizing the REDLG program in 2014. Since then, she says, the co-op has issued zero-interest loans for 12 fire trucks, two ambulances, two fire stations, two schools and a public library, with many more projects in the works.

“We’ve closed probably well over $5 million in zero-interest loans,” she says, “and we have a total of $8 million dollars that are pending closure.”

Donnie West, fire chief for the Northeastern Alamance Volunteer Fire Department near Burlington, is waiting to hear back on his grant application with Piedmont Electric.

“The thing we were looking at is that part of our district is in the ten-rating area which means basically no fire protection,” he says. “A new station would bring them down to a 7-rating.”

That rating is established by the N.C. Department of Insurance. A rating reduction means property insurance rates should be lowered by insurance companies once the fire department’s new station is built.

West estimates the savings on a zero-interest REDLG loan, compared to paying 4 percent on a regular loan, would be about $90,000. He expects to learn the fate of his department’s loan application within the next few weeks.

A co-op loan is also credited with bringing Gildan Yarns, a subsidiary of Gildan Actionwear, Inc., a Canadian sportswear company, to Mocksville, in Davies County. A total of $3 million in loans through REDLG were used as financial incentives to attract Gildan to that area.

The company, which was also looking to open factories in South Carolina, now has four factories in North Carolina representing hundreds of millions in investments and hundreds of jobs, roughly 800 of which have been created since late 2015.

Holder says that REDLG grants and loans are a priority for Energy United. For Gildan, he says, the REDLG loans provided an “upfront incentive that would be offset by the taxes collected from that business being located there. Everybody won,” he says. “Gildan is now the second-largest customer we have as far as electric consumption and usage.”

Energy United built a substation on Gildan’s Mocksville property as part of the incentive program.

“Investing in economic development accomplishes two things,” says North Carolina Electric Membership Corporation spokesperson Lindsey Listrom, “It attracts employers to rural areas and makes it a place where workers want to stay, and it makes North Carolina a place where companies want to be for the long term.”

Cashion, of Piedmont Electric, says the REDLG loans create “a legacy that is going to exist for generations to come.

“That just makes my heart swell with pride.”