Photo By
Kenneth A. Thompson / DarKen Photography, used with permission 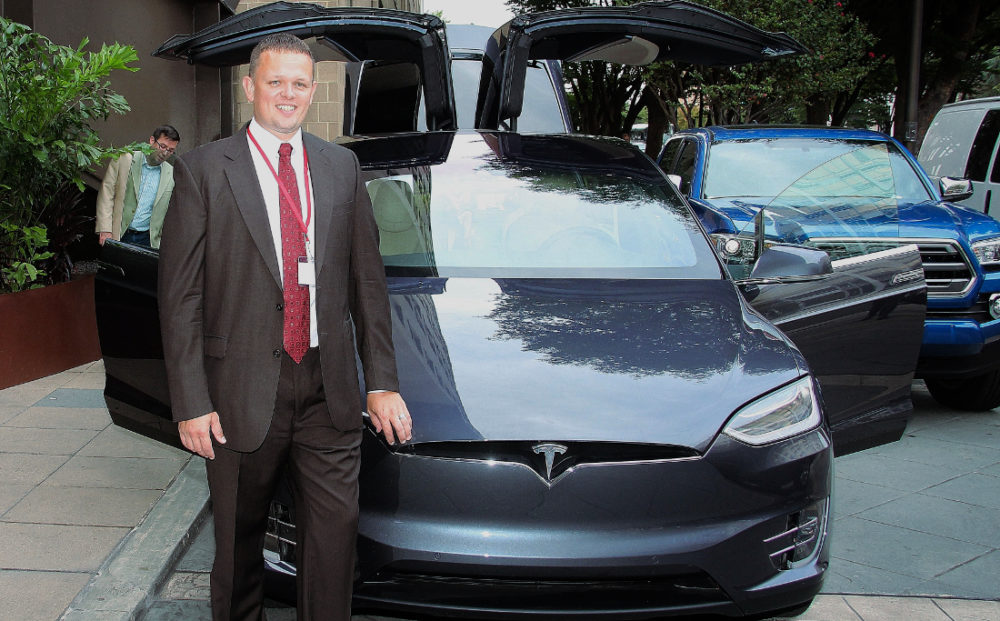 Keith den Hollander, chairman of the Christian Coalition of Michigan, checks out a Tesla Model X at the Conservative Clean Energy Summit in Washington, D.C.

Last month, hundreds of conservatives gathered in Washington, D.C. to participate in the second annual Conservative Clean Energy Summit, hosted by the Christian Coalition and Young Conservatives for Energy Reform.

This event presented an opportunity for conservatives from more than 30 states to travel to the nation’s capital to share their leadership experiences with like-minded people and to hear from lawmakers and policy experts how integral conservative support is to making clean energy a robust part of the American way of life.

To those skeptics who don’t think the words “conservative” and “clean energy” can appear side-by-side, we aim to prove otherwise. You may be surprised at how integral renewable energy is to our pro-family and pro-economic values.

For the over 50 Michiganders in attendance, the Energy Innovation Showcase hosted at the Summit also provided a rare opportunity for us to see, sit in, and let’s be honest, awe over one of Tesla’s electric vehicles. (We can personally attest, it was a jaw dropping experience.)

One would think that coming from a state with a rich automotive history like Michigan, experiencing the latest and greatest in American auto manufacturing would be commonplace. But a state law that prohibits direct-to-consumer retail means Tesla Motors, which like Apple sells its products through company-owned stores instead of through franchised dealers, is prohibited from selling cars in Michigan (and four other states). This ban was strengthened in 2014 and remains on the books despite the recent financial investments Tesla is making in our own backyard.

Michiganders are literally helping build the parts to cars we cannot buy.

Grand Rapids is home to Tesla Tool and Die, having acquired the once struggling automotive supply chain company in 2015. In Flint, Tesla announced over the summer a $10 million investment in an injection molding company that will create 380 jobs.

Michiganders are literally helping build the parts to cars we cannot buy. And in an odd twist that signifies economic faith in the groundbreaking company, the Michigan Department of Treasury has invested in nearly 340,000 Tesla shares worth $72 million for state retirement funds.

Whether purchasing a Tesla is in their future or not, consumers should have the option to make that choice based on their values, needs, and budget, unencumbered by government interference.

Americans in all 50 states should have the freedom to choose clean energy, whether it’s to light up our houses, schools, churches and businesses, or to fuel our cars, and the government needs to get out of the way of the markets. The prohibition on buying one of Tesla’s top-of-the-line electric cars is an infringement on that right.

Imagine the convenience of driving a car that fuels up from an outlet plugged into your home instead of having to make a trip to the gas station every time the dial gets close to empty. Even better, imagine that the power flowing to that car is generated by homegrown natural resources such as the wind, the sun and natural gas. This is what conservatism is about: protecting personal freedom, including having a say over the types of energy we use and how we use them.

Several policymakers who addressed us at the Summit gave rallying cries for the innovative heart, ingenuity and opportunities presented by this great nation. But we think these characteristics also describe the spirit of Michiganders. We can open the market to competition and provide consumers freedom of choice. We can protect our state and nation’s best interests and security. We can create jobs and improve the economy. And supporting clean energy and the technology and infrastructure it requires will enhance those efforts. Which is why once the conference ended, hundreds of conservatives returned home to continue to press for the homegrown clean energy opportunities that ultimately strengthen our economies, families and nation.

On the morning of the Conservative Clean Energy Summit, we learned that Tesla had filed a lawsuit against Michigan state officials under the premise that the ban amounts to a state-sponsored monopoly. We hope this means the freedom to buy just got a little brighter in the Wolverine State.

Maybe for next year’s Summit, we’ll skip the airport check-in lines and make it a road trip to DC in a Tesla purchased in the great state of Michigan.

Keith den Hollander is chairman of the Christian Coalition of Michigan. Blake Edmonds is the Michigan chairman for Young Conservatives for Energy Reform (YC4ER) and the former youth vice-chair of the MI GOP.