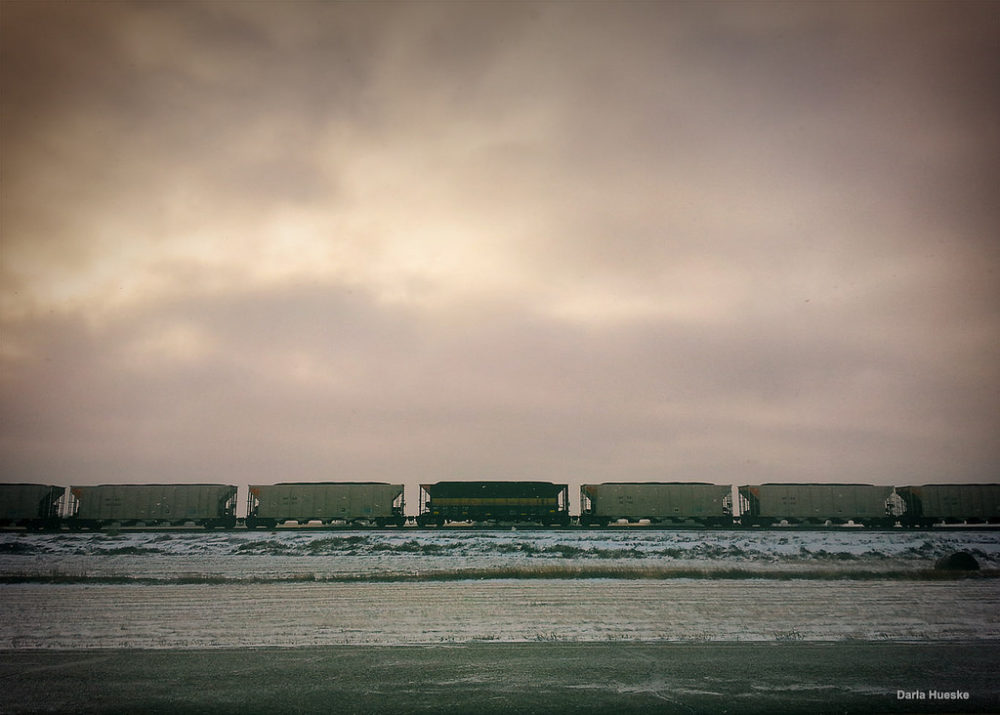 While Minnesota utilities continue to turn away from coal, the industry still has its champions in the state – with one group funded largely by North Dakota taxpayers and coal companies.

The Coalition For A Secure Energy Future, an offshoot of the Lignite Energy Council, has met with legislators and candidates around Minnesota to discuss why energy policies must feature coal as a future component of generation.

The coalition has a three year, $3.6 million budget, which the blog Bluestem Prairie first disclosed earlier this year.

Half of the coalition’s budget comes from the state, the rest from industry, said Steve Van Dyke, the council’s vice president of communications. The money is “dedicated to enhancing, preserving and protecting a diverse set of energy resources, including coal-based electricity, to ensure a continued affordable and reliable energy supply for families in Minnesota and North Dakota.”

Recent meetings drew two to eight legislators and candidates to a PowerPoint presentation and discussion of energy in Minnesota, according to executive director Joel Johnson. The public has not been invited, he noted, because the latest effort has focused on policy makers and stakeholders. The eight meetings, being held from Sept. 19 to Oct. 13, take place at the offices of rural cooperatives.

While the group’s funding comes from North Dakota, Johnson said many Lignite Energy Council members are located in Minnesota and they believe the state has gone too far in its push for clean energy.

“We have gotten to the point in Minnesota where it has become almost a cartoonish (belief) that says ‘renewables good, anything else bad,’” he said. The coalition says the grid is complex and that while renewable energy has a place it will never replace “baseline” energy sources such as coal.

Johnson worked for several years for the Minnesota Rural Electric Association and as an independent contractor before joining the coalition. His co-chairmen are former Republican state legislator Mike Beard and former Democratic representative Loren Solberg.

More renewable energy might “jeopardize” the “affordability and reliability of the (electric) system,” Johnson believes. “We have had really competitive prices compared to the rest of the country and that’s a large part of why manufacturing has thrived in this state compared to some of the others.”

And while an analysis by MISO, the Midwest’s grid operator, found the region’s power suppliers can easily meet Clean Power Plan targets at minimal cost, Johnson suggests Minnesota’s efforts to comply with the plan will set the rest of the region back.

“I think the danger here is having one state moving forward with its own agenda that will complicate the process of finding the best way forward of all of us together,” he said.

‘An industry that is struggling’

Clean energy advocates see the pro-coal efforts as swimming against the tide.

Polls have shown “broad-based support for renewable energy from the general public” in Minnesota, said Michelle Rosier of the Minnesota Sierra Club, who works on the state’s Beyond Coal campaign. It’s an example of “an industry that is struggling and isn’t able to compete in the marketplace.”

Don Morrison, executive director of Dakota Resource Council, said he’s not surprised by the coalition’s efforts. He describes the state’s constitutional officers and federal delegation as “in the pockets of the oil and coal industry.”

The coalition is “a front group sort of thing that’s promoting the agenda of the Lignite Energy Council,” he said. “It’s a one-sided view of the world.”

As Morrison sees it, the coalition’s focus on an “all of the above” energy policy is “a total sham, they’re there to protect the coal industry.”

While the coalition attempts to influence Minnesota’s energy landscape, the coal industry – even in North Dakota – continues to decline, in large part due to the the declining cost of natural gas and the growth of wind power.

Morrison notes most of the state’s coal plants are decades old and likely to be shuttered at some point, which is precisely what will happen to Great River Energy’s 189 megawatt (MW) Stanton Station in central North Dakota. Opened in 1966, the plant – which burns coal imported from Montana rather than lignite – is slated to close by next May.

A GRE spokesman told the Grand Forks Herald earlier this year that the reason for the closure had to do with economics and not pollution regulations, while a state regulator blamed compeitition “overly subsidized” wind energy.

This summer Glacier Ridge Wind Farm LLC filed a proposal for the largest wind development – at 300 MW – in the state’s history. Regulators in the state have approved 2,100 MW of wind power proposals.

Johnson concedes market forces are changing and that wind and natural gas have jumped to the forefront. But he points out that natural gas prices are “very very volatile and there’s some danger in putting all our eggs in one basket when it comes to energy, especially base load energy.”

While the rise of natural gas and wind won’t diminish much, Johnson still wouldn’t support government mandates for coal generation — similar to renewable energy — to save the industry.

“We don’t like mandates,” he said. “It’s a blunt policy instrument that treats every utility the same even if they’re not. This is another message we want to bring to people.”