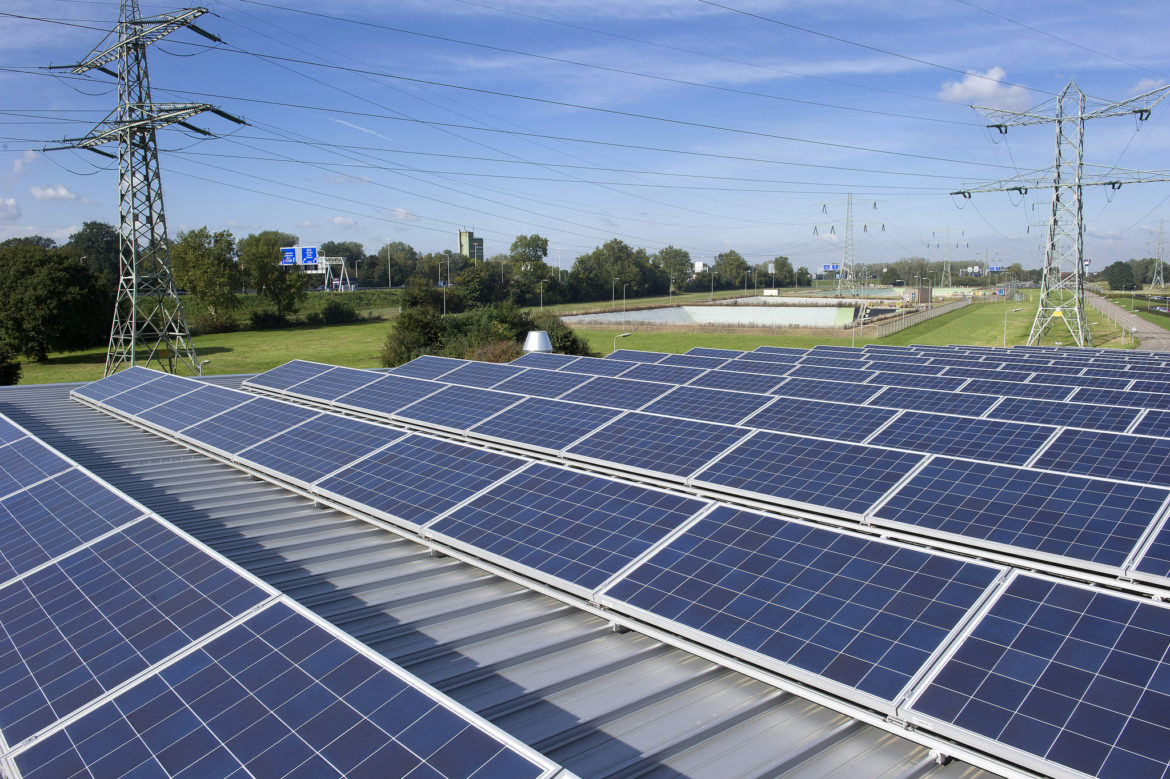 In a time when hundreds of megawatts of large solar projects are underway in Minnesota, a new report suggests that smaller-scale solar projects could be just as good at delivering low-cost electricity.

John Farrell is director of the Institute for Local Self-Reliance’s Energy Democracy Initiative.

John Farrell, director of the Institute for Local Self-Reliance’s Energy Democracy Initiative, argues in a recent paper that smaller-scale solar — and to a lesser degree wind — can be just as effective as utility-scale projects.

Why? Farrell’s research suggests that with transmission costs from remote wind and solar farms, having the source closer to users begins to make sense.

“Power that’s delivered at the distribution level might have a different value than generic wholesale power generation that comes on to the transmission system,” said Farrell, a nationally known solar expert.

Evidence in the paper — “Is Bigger Best in Renewable Energy?” — reveals that solar in particular is a bit more competitive at a smaller scale than wind. Economies of scale appear more favorable in the wind industry, where better and bigger equipment along with faster wind can offset higher transmission costs, he said. Still, the report doesn’t totally dismiss small wind, especially that which is community owned.

“Since sub­-5­-megawatt wind projects may be able to compete at a different price point, having community ownership may prove more economically lucrative (even with a slightly higher electricity price) than purchasing power from a remote wind farm,” Farrell wrote.

Part of Farrell’s argument is based on the Public Utility Regulatory Policies Act, or PURPA, which passed in 1978 to assist in renewable energy development. The act encourages utilities to buy power from independent producers if the price is less than what they would pay to generate the power.

The “avoided cost” became part of the equation for utilities in buying and developing power sources. By having power generators closer to users, the avoided costs make renewable energy more competitive.

That means the argument that bigger is always better in renewable energy isn’t always firmly rooted in economic reality, Farrell believes. The battle over distributed generation can be seen in the debate over rooftop solar where utilities are fighting against net metering for individual customers while at the same time building large solar projects.

He argues utilities like large-scale solar because they in many cases control and own it. Farrell has been studying the issue for several years and recently spoke with Midwest Energy News about his research.

Midwest Energy News: The argument for small wind, which you have advocated in the past, doesn’t seem to work as well as it does for solar. Why?

Farrell: The advantages of height and the bigger blades is dramatic in wind turbines, as is having a much bigger area to get wind energy. The advantage of small turbines is not quite as clear. You can’t really put a wind turbine of any size in an urban area. It has to be in a rural area and you don’t have as much electrical load to offset when you’re talking about building at a distributed scale.

Is there an approach to wind that might work?

Wind developer Dan Juhl has been exploring wind-solar hybrids, where there’s a couple of wind turbines that are utility scale and about 500 kilowatts to 1 megawatt (MW) of solar. He suggests installing them together near a utility substation to avoid that transmission cost. His argument and business model is that you can get a higher avoided cost under PURPA from the utility for that power because it has a good peak overlap with solar and avoids a lot of transmission costs. But it still requires utility-scale turbines.

What about solar panels that produce electricity?

Solar competes at any scale. It works at the residential, commercial and utility scale. The key finding in the report is that it’s not the size of the solar that determines whether it can compete, but it’s the price of the energy in the place it interconnects.

What are you seeing in the solar market?

There are two substantial economies of scale in solar, especially when you go from the kilowatt to megawatt scale. There’s a big diseconomy of scale at 100 MW. I’m not entirely sure what’s behind that. What I heard and read is that the interconnection and transmission costs for the largest solar projects are quite prohibitive relative to the distributed scale.

Is there an optimal size?

It’s under 20 MW, especially the 5 to 10 MW range, which turned out to be the lowest-cost scale. The 5 MW projects can use the fast-track interconnection process under FERC. They can interconnect at standardized and simplified rules and may be able to use existing capacity on the system without a build out.

How about the rooftop market?

Rooftop solar is really only competing with the retail electricity price or the value of solar, it isn’t really in competition with solar that delivers power at the wholesale level.  Think of it as the difference between room service and going to McDonald’s. The fact that one delivers to where you are makes it more valuable.

‘I have no doubt that rooftop solar will be competitive at the retail level in the next five years in Minnesota.’

We know that with the current level of incentives it is competitive because the market is growing. In the next five years, it is the level of incentives that determines whether rooftop solar is going to compete with retail electricity prices or the value of solar. Given the cost trajectory for solar and the inflation history of electricity prices, I have no doubt that rooftop solar will be competitive at the retail level in the next five years in Minnesota, without any local incentives and maybe even without the federal tax incentives.

We’re seeing much bigger solar farms than that in Minnesota and in other areas of the Midwest. Doesn’t that indicate big is good?

In 2015 Xcel Energy did a video called “Doing Solar Right” that argued solar should be at utility scale, not rooftops, because it’s cheaper. Xcel says that because they financially benefit from that, not because it’s necessarily true from a cost-benefit analysis. What I think is the most important takeaway here is to understand the motivation of the folks who are participating in this conversation about scale. Some people have something to benefit from bigger projects. There’s a lot of nuance and bigger is not always better.