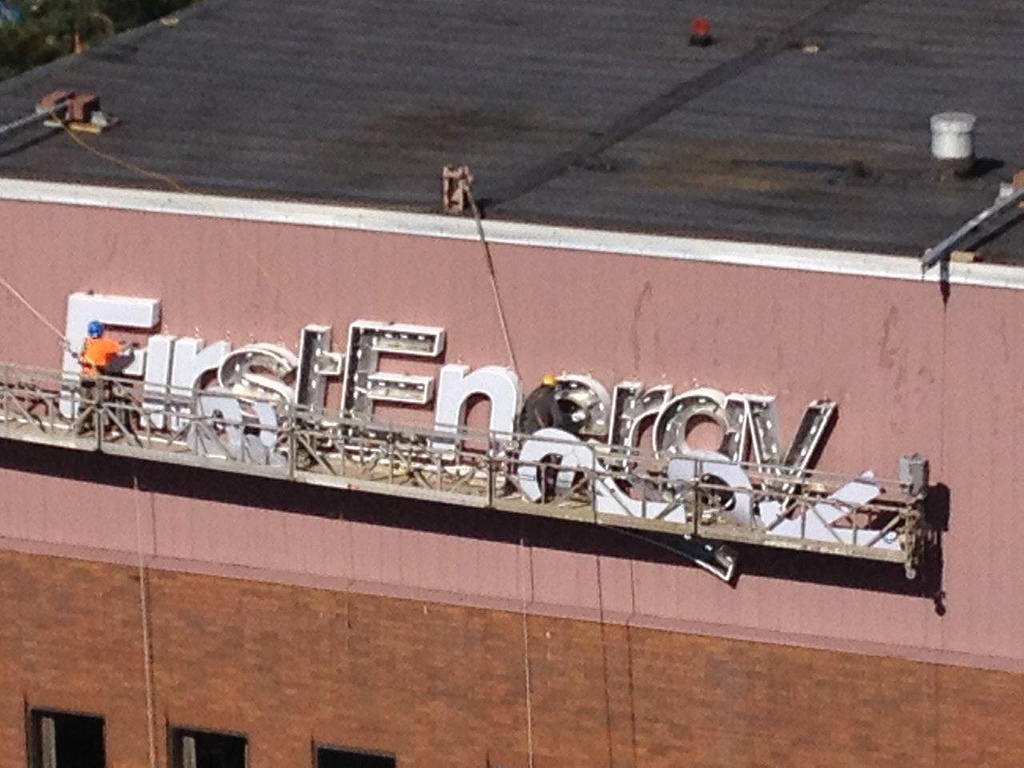 A new charge ordered by Ohio regulators last week could add up to $1 billion into FirstEnergy’s coffers without requiring the company to do any specific work in return.

While the company says the order is “disappointing” and will provide “insufficient” funds, competitors and advocates call it a “bailout” that raises serious questions about corporate separation in the electricity market.

“The decision is setting a dangerous precedent for Ohio families,” said Trish Demeter of the Ohio Environmental Council. “It’s not good for the environment because it’s essentially rewarding the company for bad bets that it made on coal.”

As first proposed two years ago, FirstEnergy’s case before the Public Utilities Commission of Ohio asked for a different charge altogether to make utility customers guarantee electricity sales by its unregulated generation affiliate from certain coal and nuclear plants. Critics said the plan could cost consumers up to $4 billion.

The PUCO approved a slightly modified version of that plan in March 2016 despite widespread objections. After the Federal Energy Regulatory Commission ruled it would require strict scrutiny of any electricity purchases under the plan, FirstEnergy dropped any reference to a power purchase agreement that might trigger federal review, but still sought to collect the same amount of charges.

In late June, the PUCO staff indicated its disapproval of that virtual power purchase agreement and proposed instead to let FirstEnergy’s utilities collect $131 million per year as a distribution modernization rider. The charge would not pay for any specific grid modernization projects, but would mainly serve to boost FirstEnergy’s credit rating, said PUCO staff witness Joseph Buckley.

FirstEnergy still wanted the original amount sought, but then said any rider to boost its credit rating should be at least $558 million per year, plus extra money to keep the company headquarters in Akron.

The PUCO’s 190-page order and opinions last week rejected FirstEnergy’s modified request, but nonetheless imposed on customers a charge of $132.5 million per year, plus whatever corporate taxes would have to be paid, for a total of about $204 million per year.

It seems likely one or more parties to the case might appeal the case to the Supreme Court of Ohio, although FirstEnergy spokesperson Doug Colafella noted that “it’s too early determine our next steps.”

If the order isn’t stayed pending appeal, the utilities could collect that amount each year for three years, with the possible extension of two more years.

And although the charge would be labelled as a distribution modernization rider, the PUCO’s order makes clear that it won’t decide just what FirstEnergy would have to do to improve the grid until a later proceeding — and then it will determine what charges to impose on customers for those measures.

Meanwhile, the PUCO order says, the millions collected under the new rider are “intended” to help address the “debt ratio shortfall of FirstEnergy Corp.,” the parent of the subsidiaries.

Although the PUCO staff would “periodically review” use of the money, the order puts no specific limits on its use. FirstEnergy might spend it to advance cash for grid projects, which customers would pay for in the later proceeding, the PUCO suggested. Or, the order added, the money could indirectly bolster FirstEnergy’s credit rating for future capital projects by “reducing outstanding pension obligations, reducing debt, or taking other steps to reduce the long-term costs of accessing capital.”

“The effect is that it’s a billion-dollar slush fund,” said Shannon Fisk at Earthjustice, which represents the Sierra Club in the case.

The PUCO order and opinions express the commissioners’ interest in fast-tracking grid modernization for Ohio and their hope that FirstEnergy might use some of the funds to jump-start that effort. However, those statements are “more along the lines of wishful thinking,” noted Dick Munson of the Environmental Defense Fund.

Demeter calls it a “classic cart-before-the-horse.” In effect, she explained, the PUCO said “‘here’s money and we’ll figure out how you can spend it later.’”

The money might not even stay in Ohio. FirstEnergy could potentially funnel funds to undercut competitors in other states, such as Pennsylvania or New Jersey, suggested Teresa Ringenbach at Direct Energy, which competes with FirstEnergy Solutions to sell electricity generation.

“There’s a weird risk in all of this that there’s unfair risk to the market,” Ringenbach said, while captive Ohio distribution customers would be paying the costs. “It’s across the board a bad idea,” she said.

Even if the money stayed in-state, competitive suppliers would be at a disadvantage noted Todd Snitchler, a former PUCO commissioner who is now at Vorys Advisors and represents the Alliance for Energy Choice, an industry organization of competitive generators that “advocates for a level playing field for energy companies that does not favor one supplier over another.”

In a company press release, FirstEnergy President and CEO Chuck Jones said the decision was “disappointing for our customers,” adding that “the amount granted is insufficient” and that the decision “fails to recognize the significant challenges that threaten Ohio utilities’ ability to effectively operate.”

“The distribution utilities are not having credit-related issues,” noted Snitchler. “Each of the operating utilities, as I understand it, is doing very well.”

Inquiries into corporate separation remain unresolved at the PUCO. Under Ohio law, electric utilities are regulated monopolies, while electricity generation is supposed to be deregulated and competitive.

The new PUCO order is “totally mangling” that concept, by propping up the financial position of the parent corporation, said Demeter.

A 2014 order by the PUCO initiated an inquiry into utilities’ compliance with state law requiring arms-length dealing with affiliates and other issues of corporation. However, that case remains open.

If the corporate separation issues were resolved, Snitchler said, the PUCO could then get on with developing a plan to improve the grid and then charging customers appropriately.

“We want strong, healthy transmission and distribution utilities,” Snitchler said. But, he added, “we want a level playing field” for generation and other services that are not a natural monopoly.

Instead, under the current order, “consumers are paying for something that they’re not actually receiving,” said Snitchler.

In that sense, Fisk said, the PUCO’s order in the FirstEnergy case is “radically different” from traditional ratemaking.

“The thought that utilities could start coming in and receiving money that is in no way connected to any specific service they’re supposed to provide could be a pretty dangerous precedent,” Fisk added. “Where do we stop? And how do we ensure that customers are actually benefiting from the money that they’re paying?”