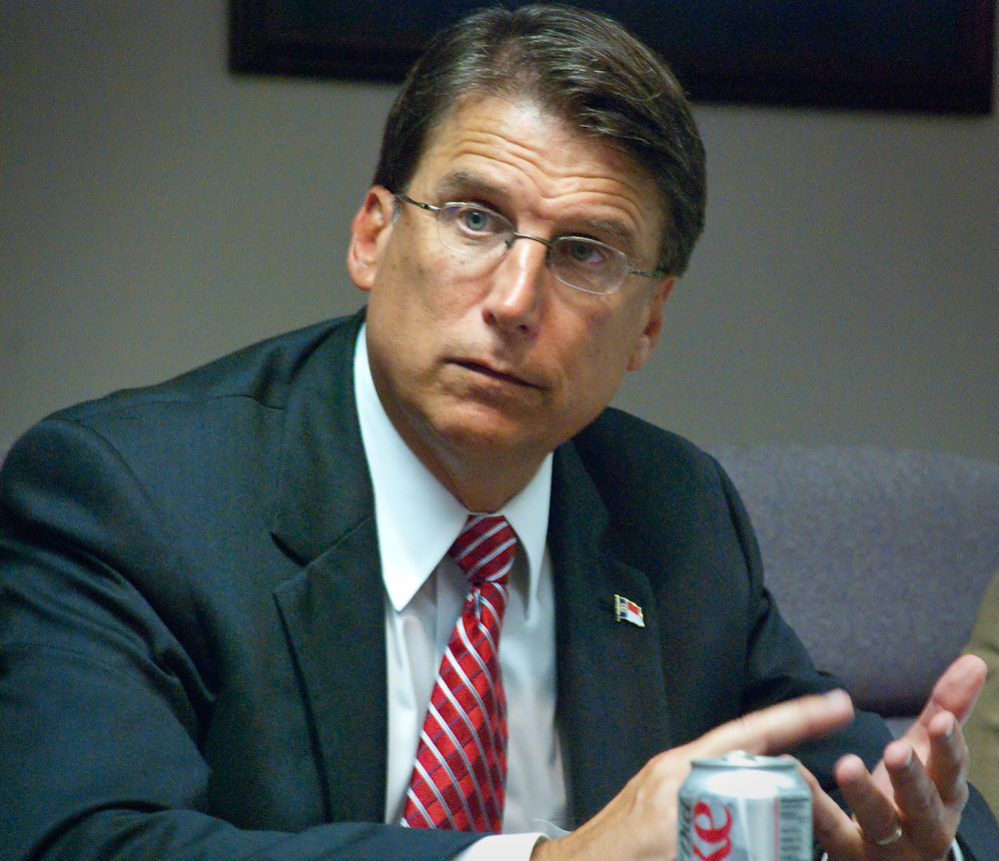 In particular, the process did not provide any more insight into a 2015 dinner between state officials and Duke Energy’s CEO and key staff. Advocates have raised questions about the timing of the meeting, which took place just days before the state issued key permits for two coal ash sites.

“They just looked at it on its face and didn’t dig – they didn’t have time to,” says Therese Vick of the Blue Ridge Environmental Defense League, who authored the complaint.

In its decision, obtained by Southeast Energy News last month, the commission said there are not “facts sufficient” to determine a violation. Records requests by BREDL and media organizations have failed to turn up an agenda or notes from the meeting.

A government scholar says the commission acted within the scope of its duties.

“Based on my review of the complaint, Commission determination and state law, it appears to me that the Commission acted within the scope of its statutorily imposed parameters, a scope that it does not have the legal authority to exceed,” says Norma R. Houston, a lecturer for UNC Chapel Hill’s School of Government.

When asked to comment on the meeting, Duke Energy spokesperson Paige Sheehan responded via email, “As a highly regulated company, we seek to have constructive discussions with regulators and elected officials where we respond to their questions and update them on a variety of issues that are of importance to the state and its citizens.”

At the time the meeting was disclosed by WRAL, a Raleigh TV station that discovered it through a review of public records, a McCrory spokesman said the discussion “included topics about the economy, the environment, energy and job creation.” State officials at the time declined to discuss further details.

During a debate between McCrory and political rival Roy Cooper, the state’s attorney general, on Oct. 18, the governor broke his silence about the meeting. McCrory, a longtime former employee of Duke Energy, stated that during the dinner meeting he and his guests discussed coal ash legislation that he later vetoed.

However, his statement does not match the timeline of events.

The North Carolina General Assembly passed the Coal Ash Management Act in 2014, which became law without McCrory’s signature in August of that year. The dinner meeting at the governor’s mansion took place 10 months later, and the vetoed bill in question wasn’t introduced in the General Assembly until a year after that.

McCrory did, in fact, veto a coal ash bill in July 2016, objecting to the creation of a Coal Ash Management Commission whose purpose would have been to watchdog the North Carolina Department of Environmental Quality during the statewide coal-ash cleanup process.

While the Cooper campaign did not respond to requests for comment, it did release a statement immediately following the debate pointing out the governor’s gaffe.

Southeast Energy News contacted the governor’s office for comment and was referred to his campaign chair, Ricky Diaz, who did not respond to multiple requests.

The four-page ethics complaint, received by the Commission on June 26, 2016, cites potential violations of the State Government Ethics Act, including the June 1, 2015, dinner between McCrory, Duke Energy CEO Lynn Good, Department of Environmental Quality Secretary Donald van der Vaart, “and various legal counsel” at the governor’s mansion. The complaint also accuses the McCrory administration of using NCDEQ media resources for political purposes and cites a lack of transparency by state government regarding public records requests and the controversial dinner meeting.

In the complaint, Vick writes, “Four days after the meeting between the governor, Duke Energy and the DEQ secretary, permits were issued for two controversial coal ash landfills in Lee and Chatham counties.”

A press release announcing the issuance of those permits was published via NCDEQ’s website on June 5, 2015.

At that time, Vick says, “There had already been a violation at the Brickhaven location (in Chatham county); the violation was for doing something they didn’t have a permit for.”

Vick suspects the new permits were an outcome of the dinner meeting.

“I think that Gov. McCrory has a unique relationship with Duke Energy,” she said.

A March 2016 profile on NCDEQ Secretary van der Vaart in the Triangle Business Journal included this comment from him, “‘If you look at my publicly available calendar, you’ll find I have meetings with Duke all the time,’ he says, adding that he meets with all kinds of groups, from the state’s largest utility to the Sierra Club. ‘There’s nothing secret about that meeting. That’s a great example of a non-issue.’”

A matter of transparency

In its Notice of Dismissal, dated July 26, 2016, the Ethics Commission writes, “After reviewing the complaint and other information provided by Complainant, the Panel determined that the complaint did not allege facts sufficient to constitute a violation within the Commission’s jurisdiction.”

Vick, however, notes that the state agencies that may be in possession of those facts have been unwilling to make them public.

“Our compilation was pretty specific,” she says, referring to the portion of her complaint alleging NCDEQ’s failure to disclose information in response to public records requests.

In the complaint, Vick explains that she submitted a public records request to NCDEQ “asking for information related to DEQ staff meeting with representatives from Duke Energy. The information on the June 1 meeting was withheld. Also troublesome, the meeting was not disclosed during the discovery process related to challenges to two environmental permits regarding coal ash disposal.”

Information about the meeting was requested as part of the discovery process for a BREDL lawsuit regarding the mining permits and also as a separate public records request.

“We know that van der Vaart was there (at the dinner meeting), and he was one of the people that we had specifically asked for a list of any contacts he had with anyone from Duke Energy,” said Vick; “We found out about the dinner when the media found out.”

On July 21, 2015, at the request of BREDL, the North Carolina Attorney General’s office issued a memo to NCDEQ stating, in part, “As you should already be aware, your Departments are under a continuing obligation to preserve all records related to coal ash.” The memo continues: “This litigation gives rise to a legal duty to preserve records that may be potentially relevant to the case, and to prevent destruction of such records. The failure to adequately perform this duty, even when inadvertent or unintentional, can have serious consequences, including sanctions from the court.”

At the time it broke the news of the meeting, state officials told WRAL that no records of what was discussed at the dinner existed: “In response to a public records request, the Department of Environmental Quality said Secretary Donald van der Vaart neither received an agenda for the meeting nor recorded the discussion in any way. A similar request to the Governor’s Office yielded only emails and calendar entries arranging the meal and the meeting, but officials say there were no emails or other documents detailing what topics were discussed or why exactly the meeting was called.”

“By statute, neither the commission nor its staff may comment on or provide any documents related to any complaint or possible complaint against someone covered by the Ethics Act,” wrote Pamela B. Cashwell, Assistant Director of the North Carolina State Ethics Commission. “Complaints and responses filed with the Commission and reports, other investigative documents and records of the Commission connected to an inquiry, are confidential and not matters of public record.”

The Commission’s dismissal letter was provided to Southeast Energy News on Sept. 22 by Vick with the approval of BREDL’s attorney.

The Notice of Dismissal states that McCrory “was notified of the allegations on June 27” and that the commission forwarded the complaint to McCrory on July 8 “and initiated a preliminary inquiry.” On July 20, “the Panel reviewed the information resulting from the preliminary inquiry.” And on July 26, the Notice of Dismissal was signed by Perry Y. Newson, Executive Director for the Panel.

The commission’s dismissal of her ethics complaint has not deterred Vick.

“If we don’t continue to push – the communities being impacted by coal ash and other things – to bring this information into the sunshine, they are going to keep doing their dirty work in the dark. They are certainly not trying to be transparent,” Vick says.