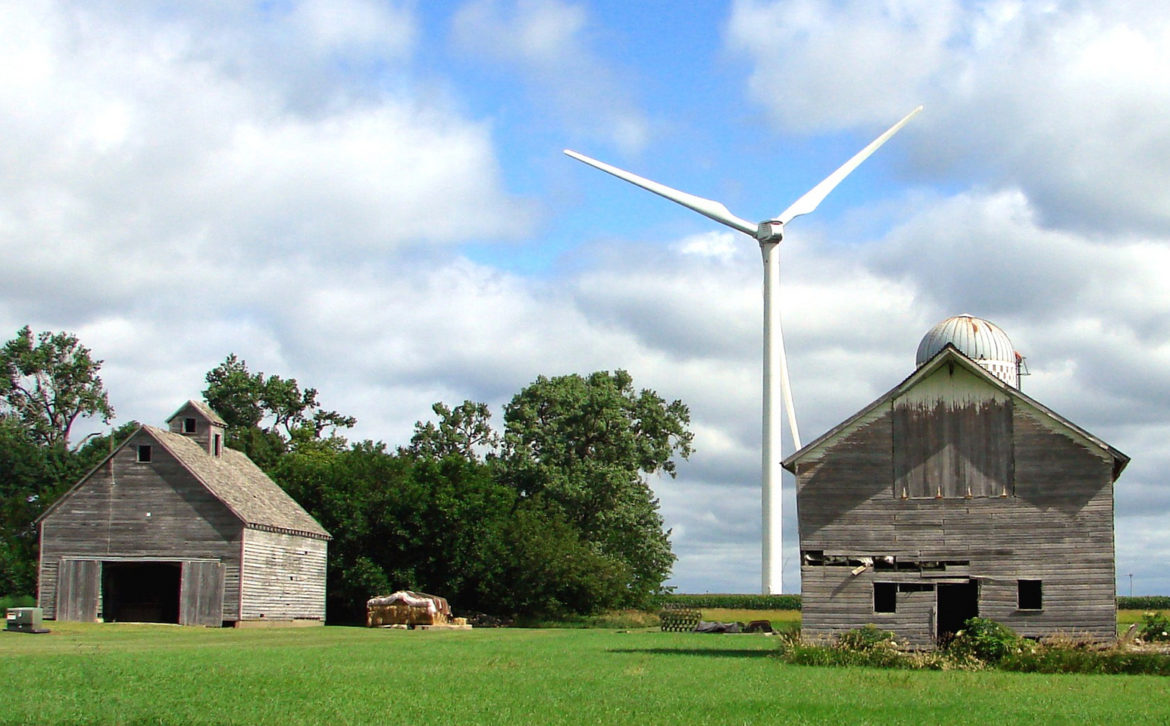 The wind resource in Iowa is so productive and the cost of wind energy has been falling so precipitously that the value of wind now far exceeds its cost there, according to an industry study released this week.

The analysis, conducted by the American Wind Energy Association at the request of the non-profit Wind Energy Foundation, also claims that doubling the state’s installed wind capacity would lower the cost of power so much that the typical residential customer’s monthly bill would fall, possibly by as much as $10.

Given that Iowa is a national leader in the development of wind energy, the study was intended “to spell out the benefits” of wind energy to consumers in the state, said Michael Goggin, the senior director of research for the American Wind Energy Association and the study’s lead researcher. With about 6,500 megawatts, Iowa ranks second nationwide for the amount of installed wind capacity, and first in terms of the proportion of its electricity derived from wind – about 35 percent at present.

Another 2,500 megawatts are under development, but,“there’s potential to do even more,” Goggin said. “As wind costs come down, I think it looks even more attractive to do more wind.”

A just-published survey of 163 of “the world’s foremost energy experts” seems to confirm that. Asked where they see the cost of wind energy headed, the group indicated that, on average, they expect it to fall by 24 percent by 2030, and by 35 percent by 2050. Some foresee a greater drop; others expect no change.

The authors, from the Lawrence Berkeley National Laboratory and a few other research institutions, cautioned that that forecast is rosier than a recent review of literature, which put the comparable figures at 11 and 13 percent.

There’s little doubt, however, that in the wind-energy arena, Iowa stands out in the crowd. The quality of Iowa’s wind is one factor that makes it a particularly low-cost generation source, Goggin explained. Although many wind farms in eastern states are employing taller – and more expensive – towers in order to access better wind, Goggin said there’s no point in Iowa in investing in more-costly 100-meter towers to take the place of the 80-meter towers: in Iowa, the wind at 80 meters is just fine.

He said that taller towers may yet pay off in the Midwest down the road in terms of greater power generation. MidAmerican Energy is experimenting with a 120 meter tower but it’s not yet clear whether the added height will pay dividends.

But evolving blade design is a factor that already has enhanced the productivity of Iowa’s wind, he said.

“In Iowa, we’ve seen a lot of bigger turbine blades. Nationwide, the average diameter (length) has gone from 80 meters in 2010 to 100 meters today. That doesn’t sound that dramatic.” But when you calculate the additional surface area, he said, “that translates to 55 percent increased energy output. Iowa projects are using more of these.

“The evolution is continuing towards these larger turbines. I’ve seen blades 120 to 130 meters in (length). This is continuing even more in that direction. That will drive further cost reductions.”

The wind-association study compared the cost and the value of wind energy. The cost, taken from recently completed power-purchase agreements, was put at about $22 per megawatt hour. Goggin said the value of wind energy was equated with the cost of fuel for gas- and coal-fired plants. Goggin put that at $33 per megawatt hour, making the difference about $11 in savings for customers.

If, as proposed in the study, Iowa utilities would almost double their wind portfolio by adding another 10,000 megawatts of wind capacity, more transmission lines almost certainly would be required. Goggins did not include any cost for transmission upgrades because, he claims, they are largely canceled out by increased efficiency. Studies by MISO and the Southwest Power Pool have reached that conclusion as well.

Looking back at transmission enhancements made between 2012 and 2014, the Southwest Power Pool calculated that the improvements yielded savings that were 3.5 times the amount invested in upgrading transmission lines.

Goggin dismissed the possibility that displacing thermal generation sources with wind would result in “stranded asset” losses for utilities. He said that most of those plants are several decades old, have little if any outstanding debt, and are on the verge of being retired anyway. He also predicts that the mathematics of wind energy will only improve in the years to come, as the cost of installing wind likely continues to fall, and the price of fossil fuels likely escalates.

Iowa’s two major investor-owned utilities, Alliant and MidAmerican, did not respond to requests for comment on the study.