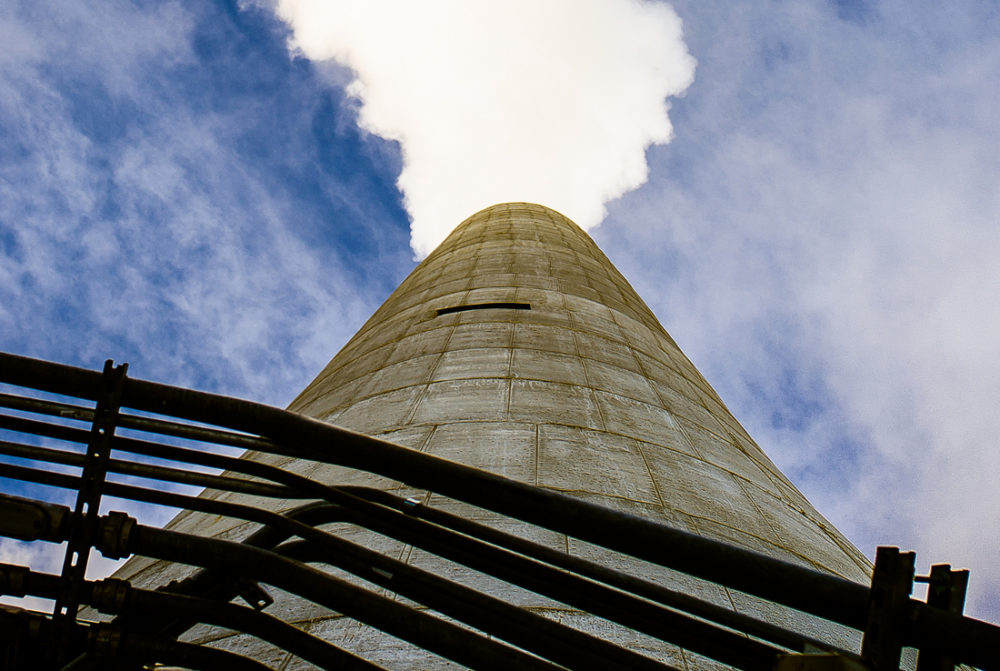 The Kent County waste-to-energy plant is among facilities that would be paid a lower rate for electricity under a Michigan utility's proposal.

As a major Michigan utility pushes for energy legislation it says would maintain reliability and capacity as coal plants close, small energy producers say they are being pushed out as an option to provide both.

Over the past year, these small independent power producers have banded together — and spent tens of thousands of dollars in legal fees — fighting plans by Consumers Energy to pay them less for their electricity.

The small companies and, in some cases public entities, produce energy from biomass, landfill gas and hydro facilities that utilities are obligated to buy under the Public Utility Regulatory Policies Act, or PURPA, of 1978.

However, Consumers Energy — and possibly more utilities to follow — wants to pay them less in “avoided costs,” defined as the incremental cost a utility pays for not generating the electricity itself, as decades-long contracts come to a close. Statewide, there are 45 contracts with expiration dates ranging from 2017 to 2039, mostly for landfill gas and hydro, according to the Michigan Public Service Commission (MPSC).

Under a worst-case scenario in which independent producers are paid nearly half of what they are now, critics say Consumers’ plan would put these companies out of business and leave local governments with millions of dollars in stranded assets.

And as such generation offsets the need for new capacity, critics also suggest that it’s another attempt by Consumers Energy to ensure that it’s building (and recouping the costs of) the next generation of capacity.

“What boggles my mind is that after generating renewable energy for 32 years (for Consumers) at a fair rate, I can’t believe I have to fight to go forward,” said Victor Leabu, owner of White’s Bridge Hydro, a 750-kilowatt dam in Lowell, Michigan. Consumers pays him about 7.5 cents per kilowatt hour under his existing contract, according to MPSC filings. Consumers’ plan would cut it to about 4.5 cents, Leabu said.

White’s Bridge, which is a member of the Independent Power Producers Coalition of Michigan, has a contract coming up at the end of the year. Consumers has told Leabu that, in addition to paying him a lower rate, it also wants a five-year power purchase agreement.

“I can barely finance a pick-up truck in five years,” he said. “They’re really trying to screw us, frankly. Why would you want to get rid of all of these local, renewable, baseload power plants that create jobs and pay taxes? They should be embarrassed.”

The city of Lowell is on the eastern edge of Kent County, which finds itself in a similar situation but with perhaps greater implications for ratepayers.

The 18-megawatt Kent County Waste-to-Energy Facility opened in 1990 and has a contract to sell electricity to Consumers through February 2022. Consumers buys electricity from the facility at about 8.5 cents per kilowatt-hour. Under the utility’s plan, that would drop to between 3 and 4 cents, said Kent County Department of Public Works Director Darwin Baas.

“We can’t operate at that level. But the huge rub here is that they’re trying to force us into paying a wholesale rate when they in fact have a much higher cost of generation themselves,” Baas said.

He added that Consumers has been “disingenuous” about the future of the county’s contract, making it difficult to plan for capital investments to keep the facility up to date, which is about $1.9 million a year. The total investment from the original build and upgrades is around $70 million which, under a “worst-case scenario,” would be passed on to county taxpayers, Baas said.

Consumers Energy declined an interview for this story, citing an “open regulatory proceeding.”

“Consumers Energy is committed to providing reliable and affordable electricity to our 1.8 million customers in Michigan, and complies with all applicable state and federal law,” spokesperson Brian Wheeler said in a statement. “We appreciate the long-term relationships we have maintained with the members of the IPPC, with whom we have ongoing contracts. Consumers Energy looks forward to the continuation of those relationships consistent with the requirements of the Federal regulation, PURPA. We know that we are obligated to offer them a new contract, but at our current Avoided Cost, which is being reviewed by the Michigan Public Service Commission.”

In October 2015, the MPSC assembled a technical advisory committee to study PURPA avoided cost calculations and issued a final report in April. For decades, the MPSC’s avoided cost methodology has been based on the cost of building a coal plant.

Consumers Energy wants a tiered approach for avoided costs based largely on the Locational Marginal Price of energy in the MISO market, which critics say is basically wholesale power prices. In the report, MPSC staff recommended a methodology that’s a combination of the two, instead using natural gas plants instead of coal as a baseline. Various entities are now weighing in on utility proposals before the MPSC.

“The point of PURPA was to insert some level of competition in terms of the fuel provided, to reduce the use of fossil fuels and to combat the issue that utilities — because of the incentive structure — will always prefer to build their own plants rather than purchase a cheaper alternative,” said Margrethe Kearny, staff attorney with the Environmental Law and Policy Center.

In the interest of ratepayers, there needs to be a balance when setting avoided costs rates, she said. If they’re too high, ratepayers end up paying more because their utility is paying more than what it costs for its own generation. If avoided costs are too low, independent producers can’t compete and utilities build their own capital projects.

“You have to watch it on both sides and get it right in the middle,” she said. If not, “There’s no (independent producer) who’d be able to develop a project, so it discriminates against them and in a bad way.”

A series of rate cases have been set for eight different utilities operating in Michigan, and Consumers will likely set the tone for how others will play out.

In comments filed with the MPSC in February, Consumers said the staff’s proposed methodology “is unlikely to adequately reflect a utility’s avoided cost at all times and requires additional flexibility to accommodate the different planning horizons ahead.” A Consumers official told Crain’s Detroit Business last year that it could replace several of its contracts with shorter-term purchases on the MISO market.

Kearny said the ELPC supports the MPSC staff proposal for establishing avoided costs. Her group wishes the MPSC also included “other benefits to renewable generation that are part of the cost utilities avoid now that aren’t included,” including reductions in line loss and carbon emissions.

But Kearny said Michigan is already a leader among Midwest states by evaluating the issue in depth, especially as the industry transitions away from coal.

“There’s no question the Commission right now is grappling with what Michigan’s long-term energy future will look like. This should be considered in that context,” she said. “It’s important to get this right.”

Baas and Leabu say they’re encouraged by the MPSC’s effort to resolve the dispute over avoided costs.

But generally, they continue to feel the pressure of going head-to-head with a major utility that has far more resources to put up a fight.

“It’s mind boggling. I’m a little guy who can’t believe this is happening,” Leabu, of White’s Bridge Hydro, said. “But it’s a much bigger issue of utilities trying to take everything back over.”